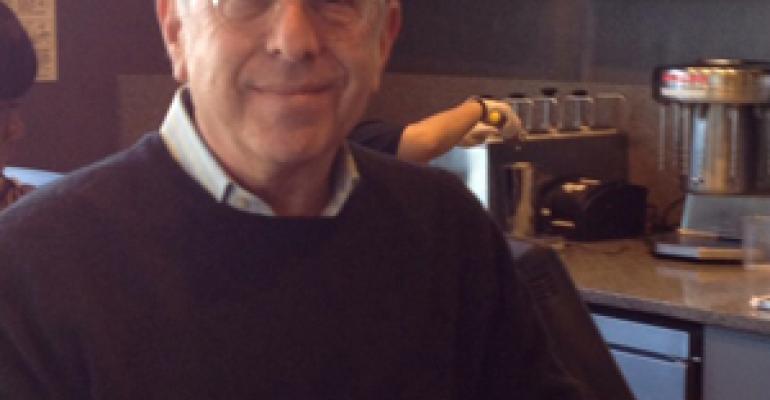 From McDonald’s to Smashburger

Kruger, whose company ISK Systems LLC sold its four McDonald’s restaurants in Manhattan back to the Oak Brook, Ill.-based company in 2010, said he plans to open at least 20 Smashburger units on Long Island over the next several years.

He also said he would not rule out the possibility of expanding Smashburger into Manhattan in the future. While he said nothing is firmed up,” Kruger noted that “the market in New York is ripe for Smashburger.”

“The more we learn about operations and how to run a [Smashburger] in a high-volume environment, the better we can fit into the Manhattan market,” he told Nation’s Restaurant News. “I know what the challenges are like there, so if and when we do, we need to be prepared.”

Kruger spent 44 years as a McDonald’s franchisee, and at one time operated 23 restaurants in suburban locations in New Jersey, Rhode Island and Massachusetts.

Meanwhile, he said his first Smashburger restaurant in suburban Hicksville, N.Y., opened to “great success. I think we have a winner on our hands. I think it will generate significantly more than $1 million [in sales] this year.”

Kruger said the 2,350-square foot better-burger restaurant is located at a busy intersection and occupies the end cap in a strip mall that also includes a Starbucks unit. Kruger said the location is three blocks from the Hicksville commuter train station and close to a multiplex movie theater.

He said Smashburger officials have given him the opportunity to depart from the concept’s traditional look. “This unit has a lot of architectural details I employed during my career at McDonald’s,” he said. “It’s a combination of industrial look and exciting finishes, with a lot of glass and steel and imported chairs and custom-made furniture.”

Kruger said he has two more restaurants scheduled to begin construction in Wantagh and Port Washington, both on Long Island, which he hopes to have open in the next four months. In addition, he is currently scouting a third site in Riverhead.

In January, Smashburger said it had added 51 new restaurants in 2011 to close out the year with 143 outlets. The Denver-based chain posted a 3-percent increase in same-store sales at existing locations and generated systemwide sales of $115.7 million.
[/article/growth-drives-sales-smashburger]

Chairman and chief executive Dave Prokupek said the brand expects to add 50 to 70 new restaurants in new and existing markets in 2012. That number includes 15 to 20 new company locations, he said. [link to video]