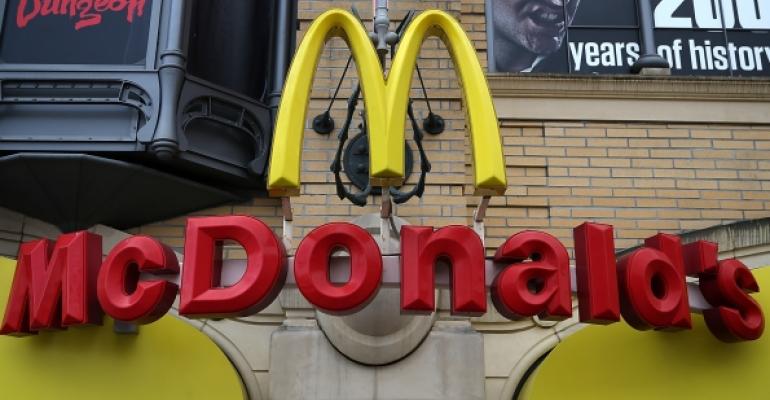 McDonald’s aims to save $300M annually through reorganization

Company to sell 3,500 restaurants to franchisees

McDonald’s Corp. on Monday unveiled a major reorganization of its global business in which it operates fewer company-owned restaurants and saves $300 million a year in general and administrative spending.

CEO Steve Easterbrook, on the job for two months, announced the comprehensive restructuring on a video posted on the company’s corporate website.

“No business or brand has the divine right to succeed,” Easterbrook said. “Our recent performance has been poor. The numbers don’t lie.

“We will not shy away from the urgent need to reshape this business.”

The company also plans to realign its global structure to reduce layers of bureaucracy and allow for quicker decision-making. It also aligns the company’s organizational structure from one based on geographies to one in which markets are aligned by their levels of development.

The United States, which accounts for more than 40 percent of the company’s operating income, will be its own market segment under McDonald’s USA President Mike Andres.

The remaining markets in the system will be known as Foundational Markets and will be led by Ian Borden, currently CFO at APMEA.

“Growth will be led from markets, with an accelerated focus on the customer,” Easterbrook said. “Layers of bureaucracy will be stripped away to allow more, faster decision-making and action.”

Easterbrook said the company’s current structure is “inefficient” and “lacks fair accountability for performance.” And he said the company “can no longer afford to carry legacy” business structures.

The company is also under immense pressure from investors to fix its business and increase value. Much of their target has been on general and administrative spending, which is considerably higher on a per-unit basis than is it at many of the company’s competitors.He noted that countries at similar stages of development would be able to share information with other countries at their stage. For instance, Australia, which is rolling out its customization platform, Create Your Taste, can share information on that rollout with France and the U.K.

The restructuring comes as the company looks to turn around its business following a two-year sales slump that has hit many of its major markets. Same-store sales fell 2.3 percent in the first quarter, including 2.6 percent in the United States.

The company is also under immense pressure from investors to fix its business and increase value. Much of their target has been on general and administrative spending, which is considerably higher on a per-unit basis than is it at many of the company’s competitors.

McDonald’s has largely defended that spending, but its announcement clearly changes that. Easterbrook said on the video that the company is conducting an additional review of its structure to reduce that spending. Most of the $300 million in annual savings would be realized by the end of 2017.

The company also plans to return cash to shareholders, including $8 billion to $9 billion this year and $18 billion to $20 billion by the end of 2016.

Investors have also pushed McDonald’s to sell more of its restaurants to franchisees. Under the plan, McDonald’s would accelerate its refranchising, increasing the number of company stores it sells to franchisees from 1,500 to 3,500 around the world. That would increase the franchisee ownership of the brand from 81 percent to 90 percent.

Yet Easterbrook said the company will continue to open many of its own restaurants. “We remain committed to operating McOpCo in certain markets where we can lead the system, test products, develop future leaders and have operational influence in larger markets,” he said. “That makes us a more incredible franchisor over time.”

There was no real product or menu news on the video or in a press release later in the morning, but Easterbrook did reveal one little nugget: McDonald’s is starting delivery today in New York City through Postmates.

But Easterbrook did speak extensively about improving service and getting closer to the customer. And he said that the efforts should help the company achieve that goal.