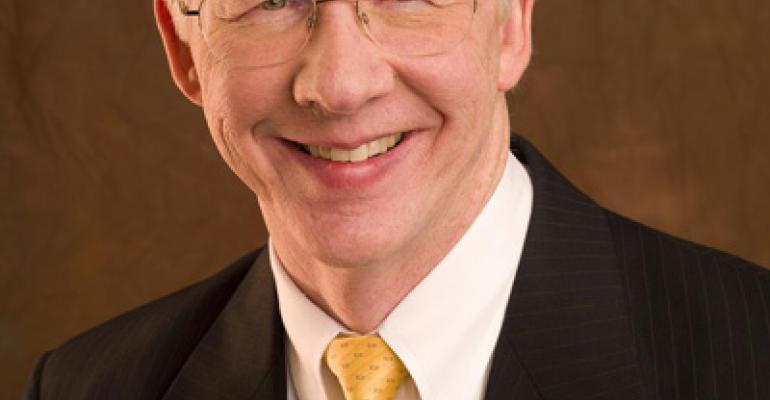 As franchise financing became more elusive over the past few years, Marco’s Pizza developed several creative programs, the latest of which is personal-guarantee insurance, to get more potential operators up and running.

The latest effort from the Toledo, Ohio-based chain aims to get more bank loans, and speed up the process, for franchisee candidates by covering up to 70 percent of the borrower’s liability.

Marco’s chief financial officer Ken Switzer said personal-guarantee insurance, or PGI, is an alternative to a standard Small Business Administration 7(a) loan that safeguards a franchisee’s assets in the event of a default on a bank loan.

Should the operator default and owe hundreds of thousands of dollars after the business is liquidated, the PGI policy can repay the bank as much as 70 percent of the balance. Marco’s is supplementing the guarantee with its own pledge to cover another 5 percent of the liability, meaning the defaulting franchisee covers just 25 percent of the balance, possibly working out a payment plan and avoiding bankruptcy.

“It’s similar to a private SBA program, but it provides the bank with a higher level of underwriting confidence that they’ll get paid, because the insurance company’s on the hook [for most of the balance], not the borrower,” Switzer said. “We think this can be an absolute game-changer in finance, helping all kinds of small businesses, especially restaurants.”

Marco’s currently operates 247 restaurants, with between 61 and 65 units scheduled to open this year, Switzer said. The chain has more than 1,200 stores sold to about 40 area representatives in 18 states, and the development schedule ramps up from one unit in a representative’s first year to three or four locations in subsequent years.

The total cost of franchising for Marco’s is about $250,000, including a $25,000 franchise fee, but not including an unspecified amount of working capital Marco’s requires its operators to have on hand.

Switzer said PGI, which Marco’s offers through AmTrust Financial with underwriting from Asterisk Financial, lets the pizza chain grow with partners who aren’t high-net-worth individuals or don’t have cash flow from other restaurant concepts.

“In the foodservice industry, there are a lot of highly experienced people that have been managers and unit-level operators that don’t have the net worth that they need to have,” Switzer said. “For us to get the best people, we’re willing to turn over every stone.”

PGI also lets current Marco’s franchisees fund more store openings if their personal net worth only covers the cost of opening just one store, he added.

Switzer said the insurance company would charge about 1.5 percent to 3 percent of the loan amount per year as the premium for personal-guarantee insurance.

For the past few years, Marco’s had done its own loan-guarantee program called Marco’s Assurance, in which the franchisor guaranteed $50,000 of any franchisee’s liability on a defaulted loan after liquidation. That program has won the respect of the International Franchise Association, said the group’s director of communications, Matt Haller.

The IFA does not have an official position on the practice of PGI, Haller said, but new and creative ways to open up lending to franchise operators are needed.

“A lot of our members are doing creative things to reposition themselves,” Haller said. “Marco’s has been a true innovator with their in-house lending programs, so this is another tool in their toolbox to push them over the finish line in getting their franchisees financed.”

The IFA’s data show that lenders are supplying only about 80 percent of the demand for franchise funding in 2011, he said, which translates to between 8,000 and 10,000 businesses not opening and about 80,000 jobs not being created.

“Banks want their return on investment, so franchisors can show that by recruiting the right franchisees, we have what banks are looking for,” Haller said.