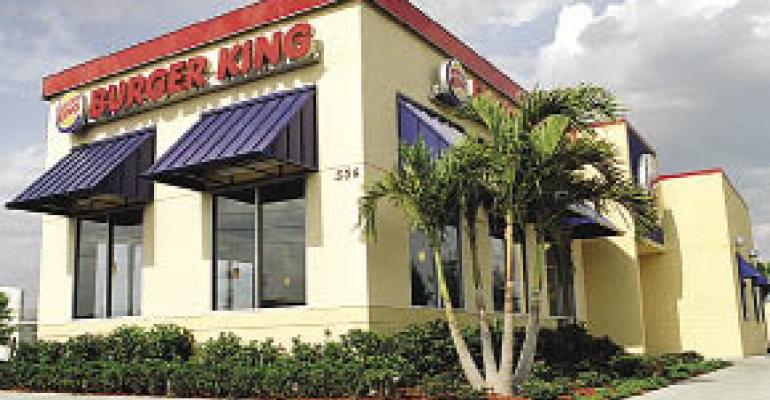 According to an old adage, those  who forget history are destined to repeat it. That wisdom hasn’t been lost on private-equity firms during their latest run on restaurants, say observers of the ongoing shopping spree.

The recent wave of deals — including 3G Capital’s $4 billion bid for Burger King — shows marked differences from the deluge of the mid-2000s, which weighted many of the purchased brands with difficulties beyond the economic slump, the analysts note. They point out that a number of the chains acquired back then are still feeling the ill effects, from bankruptcy to piddling reinvestment budgets.

Their pain and the hard lessons delivered to their buyers may spare the companies being acquired today from similar anguish, according to those who’ve handicapped the recent deals. They suggest the brands and their surviving management should benefit from adjustments in private-equity firms’ valuations of prospective purchases and the timetables for recovering their money.

Those accommodations to the times might sweeten what experts call the traditional benefits of being owned by a private-equity firm: less short-term pressure and investor meddling than public companies or strategic acquisitions typically feel.

“To fix sales and marketing, to restart product development, to fix a franchising model, to upgrade sites — those all take time, and you don’t always get it as a public company,” he said. “I can’t tell you how difficult the quarterly calls [with stockholders and analysts] can be. They can shape the whole bean.”

“We tend to be much more patient,” said Steve Romaniello, managing director of the private-equity firm Roark Capital Group. He’s experienced private-equity ownership from both the buyer’s and the chain executive’s perspective. Before assuming his current post, he ran Focus Brands, the Roark-owned franchisor of the Moe’s Southwest Grill, Schlotzsky’s, Carvel and Cinnabon brands, and still serves as its chairman.

“I’ve managed public companies,” he said of his earlier career. “It’s a very unusual situation when you’re not spending considerable time worrying about your quarterly results and the analyst calls. When I was at Focus, 99.9 percent of my time could be focused on running an excellent operation.”

Being part of a private-equity portfolio also means you have access to the expertise and talent of other holdings, he noted.

“I had access to people I surely wouldn’t have as an independent operator,” Romaniello said.

Along the same lines, the Brazilian-backed buyer of Burger King, 3G Capital, recently announced it would shift the 40-year-old chief executive of its Latin American transportation company to the burger brand’s CEO post after the $4 billion deal is consummated. Among Bernardo Hees’ new duties would be overseeing BK’s international expansion push.

A deep executive bench may be available to the management of a private-equity holding, but at the same time, management is “going to have a much greater say in how the company is run,” Romaniello said, also noting that Roark differs from many firms in that it owns an operating company that stewards most of the restaurant brands it buys. Typically, “PE companies don’t run the companies they buy,” he said.

Still, when the Great Recession hit and private-equity companies were stuck with ambitious deals predicated on better times, those benefits might have been akin to having the orchestra play while the Titanic sank. Many of the mid-decade buyers had purchased chains for 10, 11, even close to 13 times the acquired companies’ earnings.

“You had higher-leveraged transactions with higher transaction prices, which meant trying to get higher check averages,” said Mike Locker, a principal with mergers and acquisitions advisor TM Capital Corp. “Then the softness hit. They tripped their covenants, they had to renegotiate with lenders, and it became a vicious cycle. With the leverage being so high, you’ve got less margin for error.”

The near-universal response was lowering expenses so more dollars would be left to pay backers — a solution with sometimes detrimental repercussions.

“You can cut costs to a point, but after that … well, how much can you take?” Locker said. “You run the risk of cutting muscle instead of fat and turning the customer against you. When that happens, things get out of whack. You have to decide whether you can continue or not.”

“A lot of people went through a lot of learning,” said Phil Friedman, an experienced chain operator who most recently served as CEO of Roark-owned McAlister’s Deli. “The good things about private equity hadn’t changed so much as the macro-economic environment had.”

Against that backdrop, many private-equity brands decided not to persist. Claim Jumper, acquired by Leonard Green & Partners for what Gordon calculates at roughly 11 times the family chain’s earnings, filed for bankruptcy protection last month after a prolonged slide. It’s currently being acquired by Canyon Capital Advisors for an undisclosed amount.

Uno Restaurant Holdings Corp., parent of the Uno Chicago Grill casual chain, has moved in and out of bankruptcy already. Vicorp, operator-franchisor of the Bakers Square and Village Inn family chains, also sought protection from creditors. Ditto for Max & Erma’s and Buffets Inc., parent of HomeTown and Old Country Buffets.

Success or failure is predicated on more than earnings multiples, however. Bain Capital Partners teamed up with The Carlyle Group and Thomas H. Lee Partners to buy the franchisor of Dunkin’ Donuts in 2006 for about 12.8 times earnings, or roughly $2.42 billion. The privately owned Dunkin’ has drawn praise for recasting itself from a doughnut shop into a café specializing in baked goods and beverages. Franchisees showed their confidence by opening 338 stores last year.

The major difference between those deals and the ones making headlines today, Gordon said, are the valuations.

“The multiples thus far in 2010 have been well-behaved,” he said.

Apollo Global Management bought CKE Restaurants, parent of the Carl’s Jr. and Hardee’s burger brands, for about $1 billion, or about six times earnings, he noted.

“The good companies are still selling for good prices,” said Romaniello, whose company recently purchased the Wingstop Restaurants chain for an undisclosed amount. But “the companies that are challenged are trading at lower prices,” he added.

“Papa Murphy’s set what’s become the high-water mark for recent deals with a multiple of about 10 times,” Gordon said.

At the same time, many of the private-equity buyers are showing more patience about cashing in their investments.

“The outlook went from three to five years, to five to seven or even to 10 years,” said TM’s Locker. “I don’t see expectations for the market being out of sync anymore.”

“It’s the new normal, where they’re more careful about where they’re spending their money,” Friedman said. “They have more homework to do now. But the private-equity business model is still fundamentally sound.”