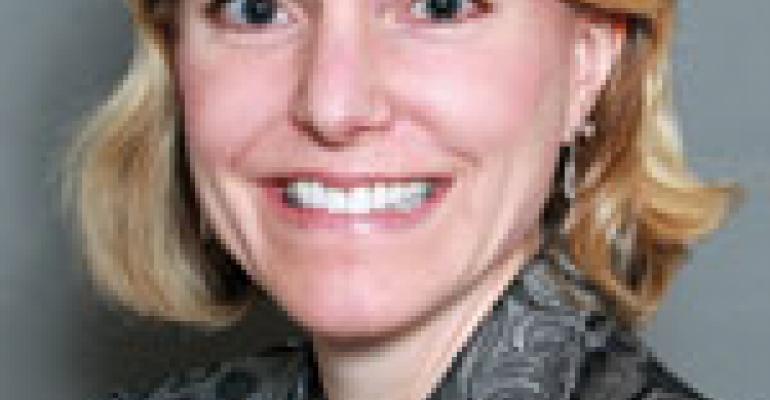 Looking back, forging ahead

I wrote this letter by firelight — not because I was feeling sentimental or romantic, but because our power was knocked out by the freak pre-Halloween snowstorm that pummeled the Northeast.

I tried to channel the fortitude of my sturdy ancestors, who studied and labored long hours into the night without electricity, but it wasn’t working for me.

As my kids complained they were bored, the heat disappeared into the frosty evening and my cell phone threatened to die, the allure of the first few hours of outage evaporated, and it struck me full force that the past is a nice place to visit, but I wouldn’t want to live there.

Speaking of the past, hundreds of Steak and Ale alumni took a trip down memory lane in mid-October — this time on purpose — in the first full-fledged reunion of employees of the groundbreaking casual-dining brand. The event, captured in the pages of the Community section, brought together many of Norman Brinker’s protégés, now industry leaders in their own right, for an evening of iconic S&A fare and gratitude for an inspirational moment in time that laid the path to the present.

But even those most influenced by Brinker know it’s best not to linger too long in the past. While Chris Sullivan fondly recalled the lessons of his early career at S&A during the reunion, the co-founder of Outback Steakhouse and former chief executive of OSI Restaurant Partners Inc. has his eye on the future with his new concept, the two-unit Carmel Café & Wine Bar. He discusses his pursuit of the popular Mediterranean niche on the End Quotes page.

Another cuisine attracting the attention of restaurant entrepreneurs is Southeast Asian. Just look at the acclaim ShopHouse Southeast Asian Kitchen, the new fast-casual concept from Chipotle Mexican Grill, is finding since its debut in September. In Food & Beverage we explore how the region’s flavors are seeping into other, more mainstream offerings, to the apparent delight of U.S. consumers.

Elsewhere in the issue, columnist Steve Rockwell examines the potential of another young brand, Piada Italian Street Food, a new fast-casual offering from Chris Doody, one of the founders of Bravo Brio Restaurant Group. With four units up and running in the Columbus, Ohio, area and two more slated to open, Piada has many of the hallmarks of restaurant success and investor appeal, according to Rockwell. Find out why in Finance.

While the fast-casual segment is tearing up the charts as the only industry segment to grow in the past five years, that does not mean it is without challenges. In this month’s Consumer Trends feature, we look at some of the problematic customer perceptions facing fast-casual players and how operators can best overcome them.

Meanwhile, in this issue’s special report we examine how several well-known regional powerhouses are ramping up growth through a variety of strategies and stepping beyond their familiar geographic territories.

Finally, in Business Intel we look at federal ethanol policies and their impact on the restaurant industry, as higher corn prices contribute to higher costs throughout the supply chain.

The story, which begins on page 1, assesses current ethanol policies, how they came to be and how some operators are protecting themselves from the price fluctuations they say are caused by misguided — and correctable — rule making.

It’s a sentiment that is widely shared throughout the industry. During our recent Multi-Unit Foodservice Operators conference, Kerry Kramp, chief executive of Sizzler USA, drew loud applause when he said he would “love to see corn turned back into food instead of fuel” during a panel discussion.