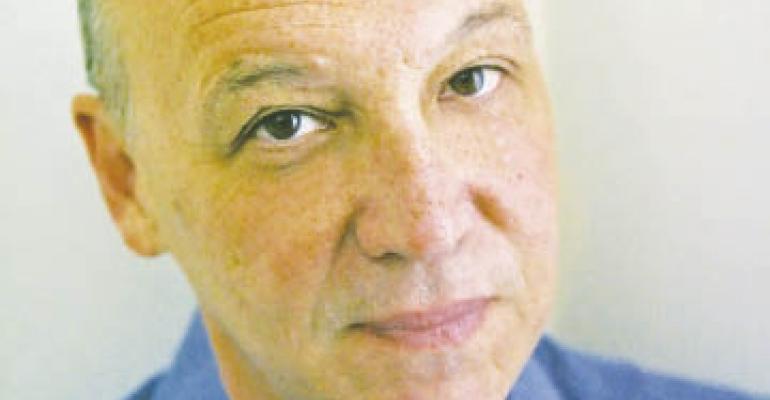 Many fine-dining wine lists are similar: drenched in Bordeaux and Napa, filled with Super Tuscan and Rioja and sprinkled with a handful of New World wines.

But lately, some wine directors, rejecting massive flavor profiles and responding to customers’ desire for novelty, have started to add wines from more neglected European regions.

Such wines can offer a number of advantages. For one, they might make a better match with contemporary cuisine. In Chicago, for example, Arthur Hon, wine director at Sepia, manages a list that de-emphasizes big, international-style wines, which can clash with chef Andrew Zimmerman’s cuisine.

“Our philosophy at Sepia is to go off the beaten track and find wines not familiar to our customers — [ones] from undervalued regions where modern wine methods have been implemented that are [also]food friendly,” he said.

For him, that means making room for wines from Greece, Macedonia, Slovenia, Hungary and Croatia, as well as from lesser-known regions of well-established countries, such as Mencia in Spain.

Hon says the aromatic qualities and high acidity in many of those wines makes them interesting matches with a range of foods — cheeses, salads, charcuterie, fish, even pork and chicken.

Taking on less common wines, though, means that staff must be fully versed in the regions and grapes because the wines are more likely to stir conversation.

They also can be more time- consuming to sell, said Eben Klemm, beverage director of the New York-based BR Guest Restaurants, operator of Dos Caminos and Atlantic Grill, among others.

However, he added, that challenge may motivate the staff.

“I think because we end up focusing on them more during staff training, we end up getting the staff to try [to] sell them even more,” Klemm said.

He added that uncommon wines can bring value to guests because they generally are better in quality than similarly priced wines from better-known regions.

“There is a great advantage to being able to offer a guest a known varietal from a different region, enhancing their appreciation of that grape in general,” he added.

At Boston’s newly opened Island Creek Oyster Bar, beverage director Tom Schlesinger-Guidelli has built a 100-bottle list that is three-quarters nonred, focusing on wines that match well with seafood. Included are a Greek blend of Assyrtiko and Sauvignon Blanc, a sparkling Slovenian, a Basque Txakolina, many German and Austrian reds, and whites from Rioja and Penedes not often offered on-premise.

“These high-altitude and coastal wines work well with our New England seafood menu,” he said.

He credits recent promotional efforts, such as a tour this year featuring many Greek producers, for developing awareness among buyers and consumers.

Hon at Sepia said Austrian reds including Zweigelt and Blaufränkisch are benefiting from the same sort of attention, and his customers are responding to the media coverage.

More European regions have been targeting the United States recently, despite an unfavorable exchange rate, and the promotional spending partially explains growing awareness for some of the wines. But what also has caught buyers’ attention is the commitment of many of these traditional wine producers and the opportunity to be the first to share the finds with customers. Many of these wines are impossible to find at retail, which offers restaurants an air of exclusivity.

Hon also noted that it’s easier for him to find a wider variety of lesser-known wines these days, especially since vendors know he’s willing to experiment.

Many operators say by-the-glass options and tasting menus, in which customers needn’t commit to full bottles, are the best way to introduce unusual wines.

But in order for these wines to make sense economically, training and value aren’t the whole story; having open-minded customers counts most of all, Hon said.