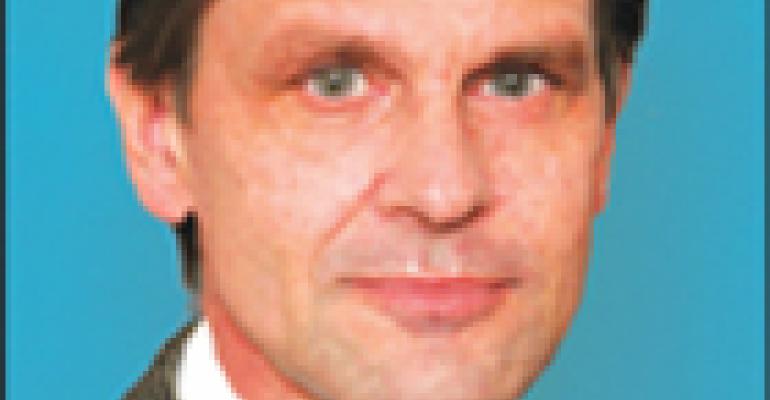 Fish know how to talk, judging by a new campaign for Boston-based Legal Sea Foods.

The campaign, the first work for the 34-unit chain by De/Vito Verdi of New York, includes two TV spots that are airing in Boston, New York and Washington, D.C., markets, where the majority of Legal’s restaurants are located.

One spot shows two fish swimming in the ocean. One fish says to the other, “Hey, have you seen Louie?”

“Yeah, wonder where he is.”

The camera cuts to a contented diner rubbing his belly, an empty plate on the table in front of him.

Louie is inside that man’s belly.

The other spot shows a fish swimming alone. He then turns and swims directly toward the camera. “Bite me,” he says.

Both spots end with the tag, “Really fresh fish.”

I didn’t like “Bite me.” I don’t object to the expression, but it’s a trite play on words designed to show that the fish is fresh in attitude as well as in taste.

But that’s the only thing I don’t like about the campaign, which includes three humorous radio spots and a bunch of print ads.

The campaign’s goal is to position Legal Sea Foods as a purveyor of fresh fish, as opposed to competitors who peddle the frozen variety. Mission accomplished, to use a popular expression.

Consider the Louie spot. The setup is quick, grabbing viewer attention without using extraneous dialogue. What’s even better is the line “I haven’t seen him in hours.” The crucial word is “hours,” because it conveys the freshness of the product. It took only hours for Louie to go from the sea to the Legal Sea Foods kitchen and then into that contented man’s belly.

The thrust of the spot would have been destroyed had the fish said “days” instead of hours.

Three radio spots are airing in New York. Creating effective and humorous radio ads is a lost art, but DeVito/Verdi is one of the few agencies that have not abandoned it.

The premise of each of the three spots is that a chef, a maitre d’ and a fisherman are hooked up to a lie detector, and when they tell a fib a buzzer sounds.

François, the maitre d’ at Bistro Jacques, says they use the “most expensive fish we can afford.” There’s that buzzer. “We use fish,” he admits. Ding!

The bell dings again when he says that his restaurant uses sauces to “disguise the fishy taste of our fish.”

I’m really not doing justice in print to the spoken words, but trust me. If you live in New York and hear the spots, you’ll love them.

The print ads are being used at transit stops and aboard commuter lines and, like the radio spots, carry Legal’s longtime tag, “If it isn’t fresh, it isn’t Legal.”

The ads are designed to look like “bygone marina signs.” One shows a fish leaping out of the water after having been snagged. The copy reads, “A seafood restaurant so exclusive that 9 out of 10 fish can’t get in.” Another says, “Right about now your dinner is having breakfast.” It shows a fish going after a hook.

This is one of the better-integrated campaigns I’ve seen in a long time, a strong example of neatly executed creative that clearly conveys brand positioning.