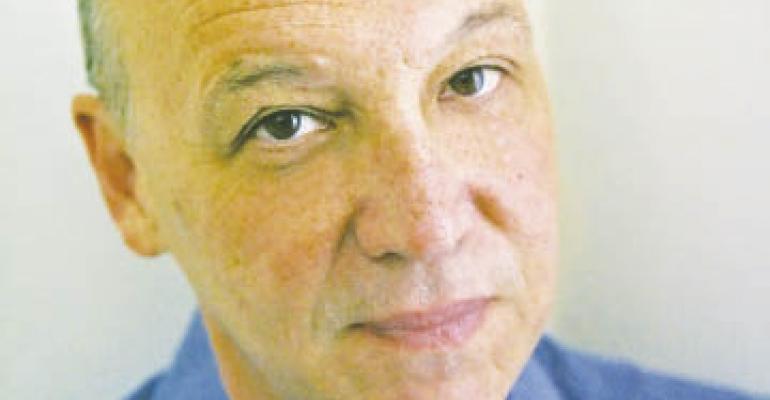 Mention the latest packaging revolution to wine purists, and they’ll likely wince. But confronted with a sea of unsold juice, growing  interest in better environmental practices and a generation of wine drinkers under-whelmed by the folderol of tableside cork-popping, restaurateurs are getting serious about wine from a source  familiar to most American bar operators: the keg.

With wine buyers becoming increasingly aware of the carbon footprint of the standard glass bottle, the restaurant market is opening up to the idea of this new/old serving method. Reusable kegs — whether stainless steel or plastic — cut down on waste and costs all along the supply chain, making them a more eco-friendly option than their more widely used alternatives.

While the concept has its downsides — a New York buyer recently told me he’d returned one keg after picking up questionable aromas — it does promise freedom from cork taint and oxidization, two major wine killers. And, once adapted to support inert gases like argon or nitrogen rather than the carbon dioxide used for beer, wine kegs can be hooked up fairly easily to a restaurant’s existing tap system.

Andrea Cavaliere, chef at Hollywood’s Cecconi’s, is searching for kegs of sparkling wine similar to Prosecco, which he recently hunted in Napa, Calif.

“When I served Prosecco this way in London, people loved it,” he said. “It worked very well with our cecchetti [northern Italian bar snacks] and made Prosecco cocktails much cheaper.”

Keg wine has long been available in Europe, but efforts to bring the product to America in the 1980s saw limited success. Even though many U.S. wineries are currently open to the evolution, many restaurateurs find they must search for suppliers. Exporting kegs back to Europe defeats the purpose from both a financial and environmental perspective, making American wines the only ones that fit the model.

Despite these limitations, some big buyers are enthusiastic. Emily Wines, director of wine for Kimpton Hotels’ 45 restaurant units, is “very excited about keg wine.” She plans to serve tap wine at five of those restaurants by year’s end, but notes that restaurants close to wine regions have an advantage in sourcing.

The Kimpton units would join numerous San Francisco-area restaurants serving wine from kegs. The category leader, however, is likely Two Urban Licks in Atlanta, which opened in 2004 with 42 wines on tap. Co-owner Todd Rushing’s connections to the wine business helped him source the product at a time when keg wines were rare.

Licks provides some bottled reserve wines at $100 and above, but keg wine accounts for about 90 percent of sales. The restaurant sells its tap wine by the glass and in three decanter sizes.

There was some trouble convincing customers at the start. “Six years ago, the U.S. public was a different wine drinking group than it is now. I can’t tell you it was completely accepted when we started, but I did have a good number of enthusiastic younger people who thought that this was great because it was breaking wine down to what was in the bottle rather than all the pomp and circumstance,” Rushing said.

Contemporary wine drinkers have shown more flexibility than the industry generally anticipates. “There are some challenges but, just like with screw caps, if you have sommeliers, bartenders and servers who can really explain that this is not an indicator of quality, but a smart choice we’re making, that gives consumers a different view,” said Wines.

As participating wineries have noted considerable savings without cardboard, bottle, foil, label and cork costs, keg wine prices have recently declined substantially. And at a time when bottled wines meant to be sold quickly are gathering dust, a wine keg could significantly cut back on costs.