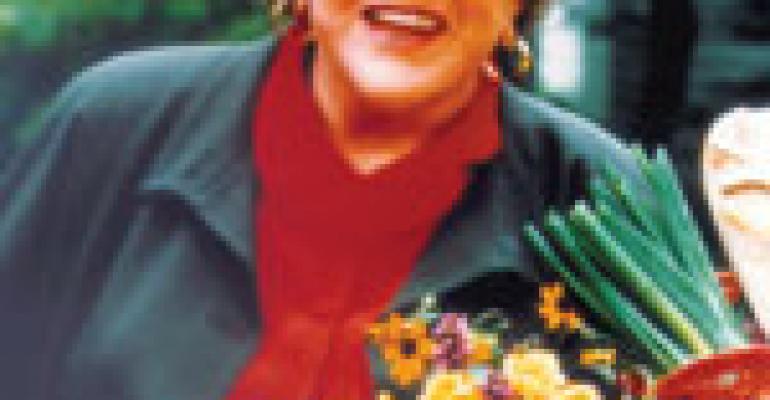 Julia Child's life had a dash of espionage

WASHINGTON Julia Child's career as a cooking authority has been well-documented, but recently declassified government files shed light on a lesser-known part of her past: as an intelligence officer during World War II.

The National Archives on Thursday released more than 35,000 personnel files of people who served in the Office of Strategic Services, an intelligence agency that preceded the CIA. Among the 750,000 pages of documents was the file of Child, who joined the OSS in 1942, years before she fell in love with cooking.

In her application to the agency was a handwritten note explaining why she suddenly quit her job as an ad copywriter at a furniture store, according to a report by the Associated Press. The report quoted the note as saying: "I made a tactical error and was out. However, I learned a lot about advertising and wish I had been older and more experienced so that I could have handled the situation, as it was a most interesting position."

Child's first job at the OSS was as a clerk working directly for the agency's leader, Gen. William J. Donovan. She later worked for the OSS Emergency Sea Rescue Equipment Section and was part of a team that developed shark repellent to keep the animals away from underwater explosives. In 1944 she was sent to Ceylon, now called Sri Lanka, where she was served as chief of the OSS Registry and had knowledge of all incoming and outgoing messages in the office there, according to an article on the CIA's website.

While she was overseas, she met her future husband, Paul Child, who was a fellow OSS officer. They married in 1946 and eventually moved to Paris, where Paul Child served in the American Embassy. In Paris, Julia Child attended the Cordon Bleu cooking school, which sparked her culinary career.

Julia Child is one of several well-known figures who served in the OSS, whose members also included Supreme Court justice Arthur Goldberg and actor Sterling Hayden.