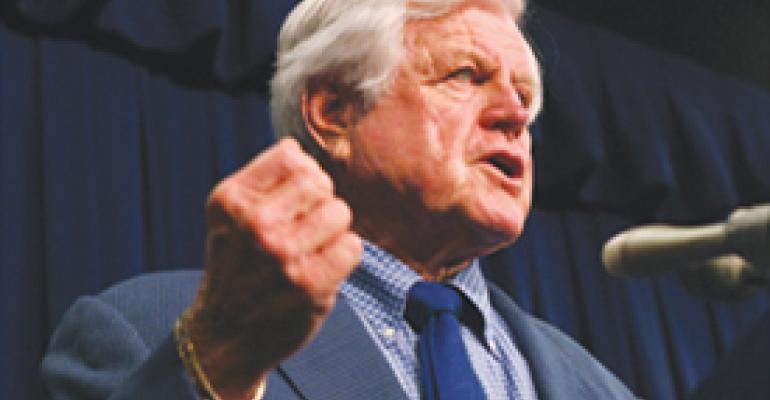 Industry calls in its opposition to sick-leave mandates

As San Francisco restaurateurs come to grips with the city’s controversial, new paid-sick-leave law, many of their counterparts across the nation are bracing themselves for what could be an increasing push by lawmakers to advance similar measures at the state and federal levels.

Although San Francisco so far remains alone in requiring employers to provide paid sick leave or family leave for full- and part-time employees, 11 states and the District of Columbia are considering or have considered bills this year that would seek to enact comparable legislation.

At the same time, Rep. Rosa DeLauro, D-Conn., and Sen. Edward Kennedy, D-Mass., have crafted companion bills in the U.S. House of Representatives and the Senate that would require employers to offer paid leave to their workers.

Operators in Connecticut breathed a collective sigh of relief two weeks ago when a paid-sick-leave bill that had been passed by the state Senate died in the House of Representatives, together with a menu labeling bill and an artificial-trans-fat ban.

“We dodged the bullet this session,” said Simon A. Flynn, president and chief executive of the Connecticut Restaurant Association. “But [lawmakers] are already reloading for next year. When you have an issue like [paid sick leave] pass in one area, like San Francisco, it tends to cascade from one place to another, without regard to business or employment. We have to be increasingly vigilant.”

In fact, most industry observers agree that the issue will become progressively more important to the foodservice industry over the next several years. In a recent address during which DeLauro discussed family-friendly national work policies, the congresswoman singled out the restaurant industry, saying, “only 15 percent of workers in the foodservice industry have paid sick days, lower than every other major industry in the country.”

Most sick leave measures being considered are structured in much the same way, typically tying paid sick leave to earnings. The Connecticut bill, for example, would have allowed full- or part-time employees working at a restaurant with 25 or more workers to earn one hour of sick time for every 40 hours worked. Employees would be able to accumulate up to 52 hours of sick leave, which could be carried over from year to year.

The DeLauro and Kennedy bills would require employers with 15 or more workers to offer seven paid sick days each year to employees who put in at least 30 hours per week. Employers would have to offer a prorated amount to those employees who work fewer than 30 but more than 20 hours a week.

The San Francisco ballot measure, which was passed by the city’s electorate in November and enacted in February, mandates that employers provide paid sick leave to all employees at the rate of one hour’s pay for every 30 hours worked. Employees can accumulate up to nine days of paid sick leave.

Kevin Westlye, executive director of the 800-member Golden Gate Restaurant Association, said the new law is not particularly onerous by itself, and likely would cost only an additional $15,000 to $20,000 per year for operators who have 100 or more employees on payroll and who already have a paid time off/vacation pay policy.

However, he said San Francisco’s paid-sick-leave law was enacted amid a perfect storm of local cost-increasing measures. The city’s hourly minimum wage spiked to $9.14 in January and a municipal mandate for employer-funded universal health care that could cost the city’s businesses $35 million a year was slated to take effect in July.

According to one local operator, the health ordinance and paid-sick-leave law alone could add up to six points to payroll expenses immediately, thereby wiping out many operators’ profit margins.

The GGRA has gone to federal court in an attempt to have the health security ordinance invalidated, contending that it violates federal laws pertaining to employer health care benefits.

To help fund the mandate—which seeks to provide medical health insurance for the city’s estimated 82,000 uninsured residents—the GGRA has suggested implementing a quarter-penny citywide sales tax, which could raise as much as $40 million annually.

But many association officials and operators in other parts of the country are concerned that mandated paid sick leave would place tough financial and operational burdens on restaurateurs.

“It’s an absolutely outrageous bill in terms of its potential impact,” the CRA’s Flynn said of the now-defeated bill. “Particularly on an industry that creates so much opportunity for part-time workers. If it had been passed in Connecticut, it would have made it virtually impossible for some chains to look at expansion in the state.”

Dick Grotton, president and chief executive of the Maine Restaurant Association, voiced concern about a paid-sick-leave bill that is expected to be addressed in the next session of the state Legislature in January. “The bill would provide for nine days of paid sick leave,” Grotton said. “But for a lot of employees, it will just become vacation time. They’ll take it whether they’re sick or not.

“The [association] membership is a little shell-shocked by it all,” Grotton added. “Even those members in favor of a minimum wage hike are afraid of this. This is real money.”

In addition to increasing payroll costs, paid sick leave would create scheduling problems for restaurateurs, others said. “Restaurants have unique scheduling demands,” the NRA’s Benedetti said. “It’s not traditional nine-to-five. This would place increased demand on employees who are forced to cover for individuals who call in sick more often.”

The Golden Gate Restaurant Association’s Westlye pointed out that one of the original problems with San Francisco’s paid-sick-leave law was that it initially did not contain a “reasonable notification clause” for employees who call in sick.

“In an office, you can call in sick and things just go on,” he said. “Sometimes, though, a restaurant can’t operate if it’s short two people.”

He said the city has since addressed the issue to the association’s satisfaction.