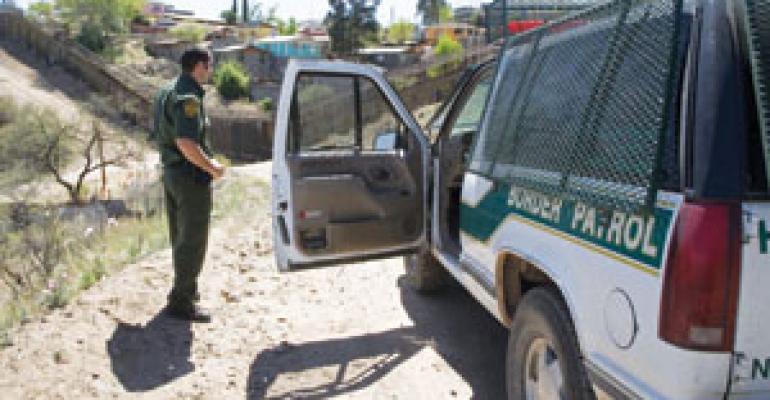 Not only does this country’s aging population require the use of immigrant labor, says Barrios, who is also president of the San Antonio Restaurant Association, but Congress seems even more divided on the subject than during the summer of 2007, when it soundly quashed its last efforts at reform.

Where federal officials seem unwilling to tread, however, states and municipalities have charged ahead in trying to address the 12 million to 14 million illegal immigrants believed to live in the United States.

More than 175 immigration-related laws were passed in the first half of 2008, building on a patchwork of rules at the state and local level often aimed squarely at employers, according to the National Restaurant Association. With no federal resolution in sight, operators can expect the proliferation to continue, along with stepped-up enforcement.

“State and local laws are often harsh, targeting businesses with aggressive enforcement, new penalties, mandates and paperwork, even threats to revoke business licenses,” NRA officials say. “Some state laws are being challenged in court, but many more states are looking at ways to step up enforcement. Much more action is expected in 2009.”

Among the state laws currently on the books, Arizona requires employers to verify workers’ documents for authenticity with the threat of losing their business licenses if they knowingly hire illegal workers. Colorado requires employers to check worker documentation and undergo random audits by the state labor department. Oklahoma imposes penalties on both undocumented workers and businesses. And Pennsylvania prohibits businesses working under government grants or loans from hiring undocumented workers. Violators are required to fully repay the grant or loan amounts.

“The problem, if you want to boil it down to its essentials, is that we have an immigration system that is very, very much out of balance,” says Gerard M. Chapman, a principal with the Chapman Law Firm in Greensboro, N.C., who has been active in many national and state committees of the American Immigration Lawyers Association since 1987. “We’ve an enforcement arm that is very active and getting pumped up with lots of dollars and really doing the job it is told to do, and we have a visa benefits side that is basically emaciated as far as the workers go.”

Arizona’s law, which is considered the toughest in the nation on employers and had been contested by business groups, was upheld in September by the U.S. 9th Circuit Court of Appeals. The court acknowledged that the law, which went into effect in January but has not yet been enforced, arose from “rising frustration with the United States Congress’s failure to enact comprehensive immigration reform.”

Steve Chucri, president and chief executive of the Arizona Restaurant and Hospitality Association, says that while Arizona’s law has complicated employers’ lives, lawmakers have made changes to help clarify provisions that had been confusing, such as the way in which complaints are filed.

“Technically, a competitor could file an anonymous complaint against another business that they were hiring illegal folks, and the county would have to follow up,” Chucri says. “Anonymous complaints are no longer allowed.”

Arizona citizens also will be voting Nov. 4 on Proposition 202, otherwise known as the Stop Illegal Hiring Act, which would change the law to give employers more options to verify applicants’ documents. Currently, the law only allows the use of the federal E-Verify electronic verification system, but the proposal would allow the use of the federal I-9 process as well.

Employers did have early frustrations with E-Verify, Chucri says, “but overall, most restaurateurs in our organization say that after the initial hassles, it has been good. It works. It’s not as unruly as was expected.”

Chucri points out that federal immigration reform last occurred under President Ronald Reagan in the 1980s.

“Our populations have changed significantly since then,” he says.

The NRA, in its immigration position statement, says: “Immigration reform is a national issue. If Congress doesn’t act, states will pass enforcement laws that conflict with or go far beyond federal requirements. Businesses trying to comply with the law will face a moving target of bewildering and punitive laws across the country—laws that fail to resolve fundamental problems with the U.S. immigration system.”

Lawyers like Chapman say there is great inequality among businesses under the current system.

“The little-business owner is being treated shabbily compared to anybody that can qualify workers for H1-B visas,” Chapman says.

“It’s really severely unequal treatment,” he says. “The small businesses are being victimized by a system that people in Congress are afraid to reform.”

“So many people are here without documentation. Economically, we need those workers. We need some number of them. Our immigration system says you cannot have one of those so-called ‘essential’ workers. You can’t bring workers in to fill jobs on a temporary basis if they don’t have a college degree.”

Protect your business when filing

Gerard M. Chapman, a principal with the Chapman Law Firm in Greensboro, N.C., offers this hiring-practice advice for business owners, large or small, to work within documentation laws:

Make copies of the I-9 documents given to the worker and staple them to the back of the I-9 form.

That leads to hundreds of thousands of “lawbreakers and accusations that they are taking our jobs, they are destroying our culture, and they are overwhelming our emergency rooms,” he adds.

Chapman says that all of those complaints are symptoms of a more basic, underlying problem.

Businesses are not asking for special treatment, he adds.

“The blind spot in the debate right now is that there is a legal system that has the huge door shut and it’s boarded up,” he says.

Chapman cites the Bracero Program, launched during World War II between the United States and Mexico in August 1942, which for 22 years was a guest-worker program for year-round workers. Chapman said he would not recommended a return to that program, which led to allegations that workers were abused, but that a similar one needs to be created because the current situation has so many employers and workers existing outside of the law.

In addition, Congress’ failed effort in 2007, however, “was a bill nobody could love,” he says.

And the federal government’s next step looks to be equally unpopular: officials are trying to put into effect stringent “no-match” guidelines that would force employers to fire workers who cannot resolve name and Social Security number discrepancies within 90 days. The no-match rule remains on hold pending court action. The NRA has added its voice to those challenging the proposed rule.

Meanwhile, immigration raids at businesses are on the rise. The Department of Homeland Security’s Immigration and Customs Enforcement division last year arrested 30,407 suspects, double the number from the year earlier. ICE now has 95 agent teams operating nationwide, compared to 17 in 2003.

In the last week of September alone, immigration authorities in California made more than 1,157 arrests, many of them immigrants already facing deportation orders.

“Congress has adamantly refused to act, despite the fact that people in Congress know there is an economic demand for these workers,” he says. “Now we are seeing the collateral damage with this heavy enforcement.”