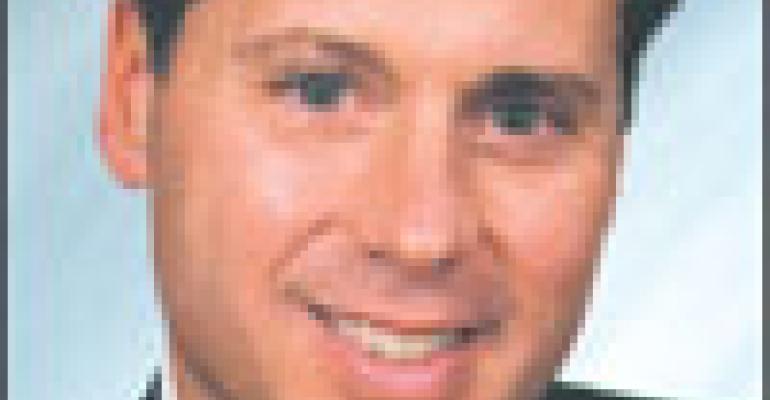 High dairy prices projected to be slightly lower in 2008

The USDA’s “all-milk” price, which was $12.90 per hundred pounds in 2006, will jump 47.3 percent to $19 in 2007. High milk prices have even exceeded the pace of soaring feed and energy costs and helped to make producers profitable in 2007. That has translated into larger milk output, up 3.2 percent during the year’s third quarter. U.S. milk output is expected to increase 1.7 percent for all of 2007. However, high costs will keep production increases in check in 2008. Milk prices are expected to fall in 2008, but only by about 4.5 percent to $18.15.

Butter markets, which hit pre-Thanksgiving highs of $1.39, began December at $1.32 per pound. Butter storage inventories following Thanksgiving were 81.8 million pounds, nearly double last year’s 43.1 million pounds. Once retailers and commercial bakeries have completed their holiday buying, butter prices will likely move lower. The USDA is projecting butter prices at $1.25 per pound in 2008, down from $1.36 in 2007.

Sky-high cheese prices are being partly supported by high prices for nonfat dry milk, or NFDM, which remains in short supply globally. NFDM prices are projected to average $1.73 per pound in 2007, nearly double 2006 levels. Some of the air came out of cheese prices in late November. After hitting record highs of $2.20, blocks tumbled to $2.01 per pound in early December. The USDA is projecting block prices at $1.65 per pound in 2008, down from $1.72 in 2007.

Beef — November’s USDA cattle report again was bearish regarding prices. October’s new feedlot placements were up 12 percent versus a year earlier, on top of a 14-percent gain in September. Adding to the feedlot supply increase is a trend to higher weights. October “heavy” placements—those exceeding 800 pounds—surged 23 percent. Those animals will be ready for slaughter in early 2008. Cattle ranchers held back feeders on pasture in late summer and early fall, and those calves are now being unloaded at heavier weights. In 2008, large supplies of beef, pork and poultry will be offset by strong global demand for all proteins and a tendency for producers to cut back herd and flock sizes in response to continued high feed costs.

Coffee — It was a dry flowering and pollination season in Brazil, and it remains to be seen if late-October rains were enough to mitigate potential damage to next year’s coffee crop. The small 2007-08 Brazilian crop, down 22 percent from 2006-07, combined with the onset of the peak winter usage season in the United States and Europe, will probably provide an upward bias to coffee futures prices over the next few months. Roasters are likely to put a floor under any market weakness by stepping in and buying on any significant price dips. It will take a major shift in the forecast for next year’s 2007-08 Brazilian crop to move prices much one way or the other.

Grain — Recent USDA reports confirm that sky-high wheat and soybean prices are beginning to steal acres away from corn. Even so, strong exports and domestic demand for ethanol will keep corn prices well supported for the next few years. Corn futures traded in the $3.68-$3.87 range in November. Futures prices are averaging $4.11 for 2008 and $4.30 for 2009.

The USDA is forecasting that the world’s wheat stocks-to-use ratio will reach its lowest level in history. Chicago wheat futures traded in the $7.48-$8.69 range in November. However, the long-term outlook is bearish as high prices will encourage wheat farmers worldwide to expand acreage and produce a record crop in 2008. New crop futures prices for the second half of 2008 are averaging in the $7.60s.

Pork — October’s hog slaughter was up 11 percent and November’s could be 8 percent above 2006 levels. A large spring pig crop, lower mortality rates due to circo-virus vaccines and increased Canadian imports have created a pork glut that has driven down hog prices from $47 per hundred-weight in September to the mid-$30s in late November. For 2007, total U.S. pork production is expected to be 21.8 billion pounds, 3.3 percent above a year ago. Total pork production in 2008 is expected to be 22.3 billion pounds, 2.3 percent higher than for this year. Fourth-quarter prices for lean hogs are expected to be $39 per hundred-weight, almost 16 percent below the fourth quarter of last year. First-quarter 2008 prices will be near $41, compared with $46 a year earlier.

Falling prices and evaporating profits will likely lead producers to cut back the breeding herd in 2008. Potential herd reductions will be gradual, however, and an upward price effect is not likely to be a factor until late 2008. China is the biggest wild card in the pork forecast. Half of the world’s hogs now live in China. Cheap U.S. pork prices and a weak dollar could be very attractive to foreign buyers, especially those like China that are experiencing sharp food price inflation.

Poultry — Broiler output for the third quarter was up 2.5 percent over a year ago, and fourth-quarter production is forecast to rise 3.7 percent. With higher prices in 2007, processors increased the number of chicks placed for growout. USDA boneless skinless breast markets, in the mid-$1.20s in early December, have plummeted by 50 cents in the past three months and are at or near a market bottom. Look for bonelessskinless breasts to slowly recover and trade in the low $1.30s for the first quarter of 2008. USDA whole bulk wing markets have been holding in the $1.15 range but look to be headed to $1.30 or so in the run-up to early February’s Super Bowl.