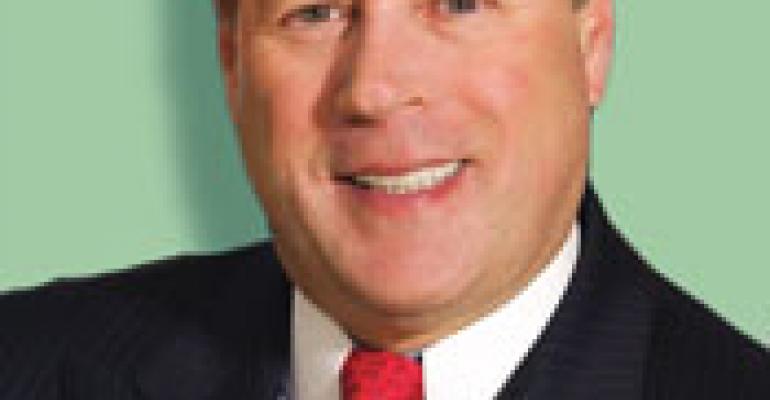 Saladworks Inc., an up-and-coming, fast-casual operator and franchisor, just landed a fresh infusion of green and a new partner. Vernon W. Hill II, the founder of Commerce Bank and its retired chairman and chief executive, earlier this month made an undisclosed minority investment in the Conshohocken, Pa.-based chain and will serve as chairman of the company’s executive committee.

John Scardapane, Saladworks’ founder, chairman and chief executive, remains the brand’s majority shareholder and will continue in his current roles. He said he is “humbled” to be working with Hill, a true American entrepreneur who has built one of the most recognized brands in financial services.

Commerce Bank, founded 35 years ago, is tagged “America’s most convenient bank,” and has grown from one unit in New Jersey to 500 locations in nine states. It has branded itself as a bank truly focused on the customer experience.

At Saladworks, the mission is the same. Salad-works was founded in 1986 and has since grown to about 90 locations. While made-to-order and chef-created salads continue to be the chain’s signature items, its menu has expanded to include wraps, paninis and soups. The company’s goal, however, is to provide a unique and welcoming customer experience.

Scardapane said Hill’s management should help “turbo-charge Saladworks to the next level.” Hill discussed the reasons for his investment and his vision of the next level for Saladworks.

EXPERIENCE: founded Commerce Bank in 1973 and served as chairman, president and chief executive until June 2007; Burger King franchisee for 25 years

Why did you decide to invest in and team up with Saladworks?

I started Commerce with one bank and built it to $8.5 billion in sales, and [Scardapane] sort of did the same thing. He started with one store and has evolved it over time. We both come from the same story. Most importantly, [Saladworks] customers really love what they get. As we say at Commerce, they are “fans” of the brand.

Did you know Scardapane prior to this deal, and if not, how did you learn of Saladworks?

I didn’t know him. I’ve heard his name, seen his stores, and my son actually knew him. My due diligence included visiting the stores, looking at the kind of customer experience Saladworks provides, listening to what the customers are saying. I found that customers love the experience, they really do. Companies at this stage, it’s really the tipping point, and with more locations and some upgrades, it’s ready to go to the next stage.

Did the healthful nature of Saladworks’ menu pique your interest?

That’s definitely part of it. The trends are working for them. Demographics are moving their way. Still, I can’t say enough that it’s because the customers are really fans, and when you have that fan base it’s something to build on.

What do you see as the next level for Saladworks?

We are ready to dramatically ramp up store growth, and hope to build 40 locations in 2008. We’re also in the midst of developing new looks for the stores, upgrading them in their look and feel. We’ll be stepping up in lots of ways. With what [Saladworks] has accomplished so far, we can further expand across a larger scale and we have the potential to be a major national company.