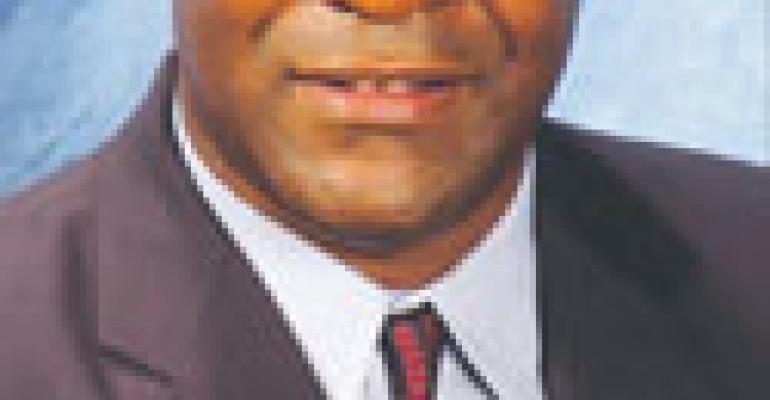 Hard work, discipline, talent and a career trajectory that has been continuously ascending has landed Ronnie Highsmith one of the most coveted jobs in hospitality: the head of a major Las Vegas casino. Highsmith is responsible for all operational aspects of the 1,886-room Orleans Hotel and Casino, a 5-year-old Boyd Gaming property that fuses the food and charm of New Orleans with the glitz and glamour of Las Vegas. He also believes in giving back, having developed programs to feed seniors and keep young children in school while working at the Casino Queen Riverboat in East St. Louis, Mo. What makes Highsmith all the more unique is that he is a trailblazer, having become only the second African-American to ever run a top-rated Las Vegas casino.

You are only the second black person to ever run a major Las Vegas property. Is that stressful?

I never approached my job in terms of color. I head my position based on self-respect, and I take great pride in my work. I don’t believe color factors in this role. Any person working this high in the company is going to be scrutinized and inspected because of the responsibilities of the job.

The Orleans hosted the Steve Harvey Radio Show’s “Hoody Awards,” which celebrates successful, black-owned small businesses as role models. Do you see yourself as a role model?

We must all try to be role models and set respectable examples for our employees and in our community. We encourage our employees to go above and beyond, and we do this by demonstrating the same service we expect them to provide our guests with. The employees don’t just work for us; we work for them.

What’s a favorite motto or expression that keeps you going when things get tough?

My motto is to be second to no one. I believe in working hard as much as possible and to always aim at being the best.

What’s been an influential book in your life?

“I Have A Dream” by Dr. Martin Luther King, written with author James Melvin Washington. Dr. King was an inspiration and understood struggles for all people, not just the black community.

Did you ever think as a purchasing receiver that one day you’d be running the whole show as GM?

Yes. I have always set my goals high and believe hard work would get me there.

Where does that drive come from?

Definitely my mother. She always instilled in me that hard work leads to a better life.