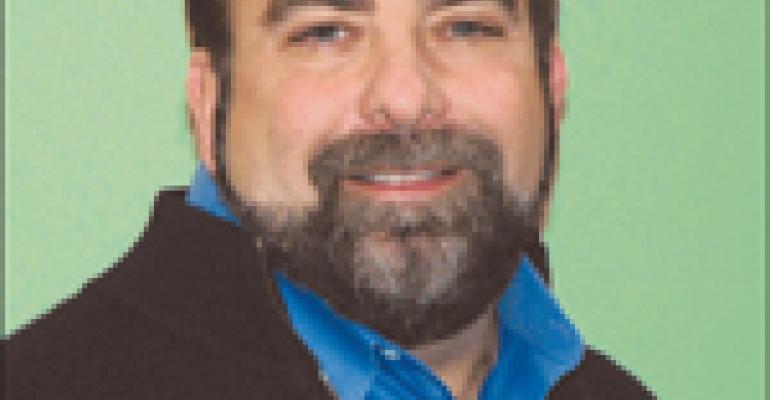 HAVING WORDS WITH Jason Brown FOUNDER, ORGANIC TO GO

For Jason Brown, creating a business aimed at the organic foods market was, well, a natural evolution.

Brown, a widower and single parent by the age of 20, has had his personal ups and downs over the years. Married three times, Brown, the father of five and the grandfather of three, in November 2004 developed Organic To Go, a fast-casual concept specializing in organic and natural foods that today has 12 cafes and 49 contract foodservice locations. In April 2005, the company purchased the assets of the bankrupt Briazz sandwich chain and converted the units to Organic To Go.

Though Organic To Go is just two years old, Brown said the Seattle-based company, which is about to go public later this month, can only grow and prosper.

“The sandwich segment is a $121 billion business, and we have an opportunity…to pick up between one-half and one-and-one-half percent of it,” he says. “I believe this is a $500 million opportunity.”

You’ve said becoming a father at 19 changed your life.

Yes, but in a very positive way. When I was 19 I fell madly in love with a woman who had two boys. We got married, and I adopted the boys, Chris and Scott, who were 5 and 6 at the time. She died when I was 20, and I became a single parent. The following year I married another wonderful woman and adopted her daughter, Roslyn. By the time I was 21 years old, I had an 8-, 7- and 5-year-old.

Before [my first wife] passed, we had started a small [clothing manufacturing] company in Denver. The stars aligned, the company grew up and I went on to sell tens of thousands of shirts. I’ve been in the direct-to-consumer business since I was 19, first in clothing, then in pharmacy and now in food.

How did you come up with this concept?

I’m a gentleman who grew up most of my adult life in Boulder, Colo. Back then I was a vegetarian, and when I had hair it was long. I loved eating organic and natural food, especially at a place called Alfalfa’s; it was delicious. The idea for Organic To Go came from the reality of how we’d done business for years. The founding team had been eating lunch together for years. We’d all just moved to Seattle after selling our last company to , and we were thinking about what we’d do next. We think the organic Wave is just getting warmed up, so we decided to create normal, delicious American fare that is organic and natural.

Where do you see the most potential growth for the company?

There are three areas of opportunity for us. We’ll continue to open cafes in business and industry as well as offer catering for corporations. We’ll also work in the foodservice sector—on corporate campuses, at hospitals and on college campuses. Those are the most rapid-growing segments for us. We went from $6.3 million [in revenue] our first year to $9.8 million last year, and this year we’ll do north of $25 million. This year we’re planning to open 10 more cafes in Seattle, Los Angeles and in Orange County, Calif. We think we’ll begin to migrate east, probably during the fourth quarter of 2007 or in the first quarter of 2008.

The company expects to go public in a few weeks, though it’s only about a year and a half old. Obviously you don’t think it’s too soon for this.

We are becoming a public company by entering into a merger with a public entity. The public entity, called a shell, doesn’t have current revenue but is still a reporting entity. We are putting millions of dollars into this shell, and then we will be publicly trading.

The timing is great, and we’ve budgeted appropriately for the cost of going public. We think having the ability to use public stock to make acquisitions in the future makes a lot of sense.