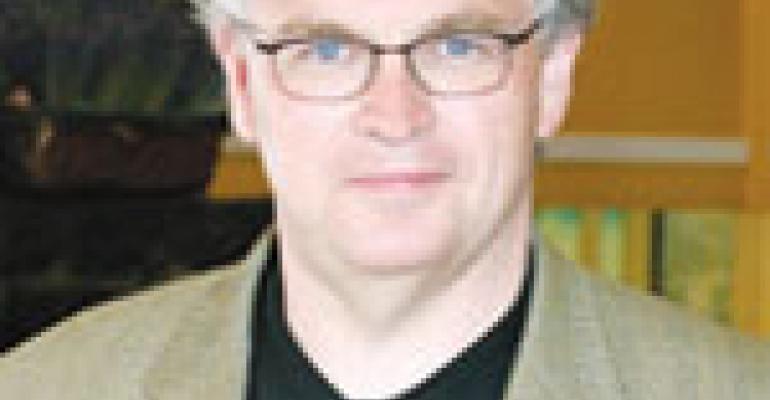 To focus more on that consulting firm, Vine Solutions Inc., he recently turned over the chief executive and president duties at Vine Dining to Richard Miyashiro, formerly chief operating officer of Pat Kuleto Restaurants. Levine remains chairman and controlling shareholder of Corte Madera, Calif.-based Vine Dining, which he co-founded in 1994 with chef Roland Passot of La Folie in San Francisco.

Prior to founding Vine Dining, Levine was chief executive of Gordon Biersch Brewing Co. and chief financial officer for Il Fornaio America Corp. He emigrated with his family from Scotland to Canada at 10, and later landed in Los Angeles as director of financial planning and analysis for KFC franchisee and then-Sizzler-parent Collins Foods International.

How does Left Bank differ from other casual-dining operations?

We’re one of the few multiunit players focused on casual French dining. There are others, like [Chicago-based] Mon Ami Gabi and Brasserie Jo, and David Wilhelm’s French 75 [in Southern California], but not a lot. If you look at major urban centers in the U.S. over the last 15 years, there has been an explosion of French bistros and brasseries. That suggests that the segment is becoming more comfortable for the consumer.

For the past couple of years, our sales have been relatively flat. The five Left Banks we have do about $20.5 million a year. Up through September, we were basically dead flat with last year. I’m certainly nervous that the rest of the year may not be quite as good. [Fortunately], we’ve spent a lot of time the last couple of years working hard on the qualitative aspects.

How have you done that?

We brought in French chef Joel Guillon, a maître cuisinier, to handle the food program working in concert with Roland, and he has done a great job. We’ve also worked hard to improve service, and we have achieved some positive results, though not to the extent we’d like to see.

Talk about your attempts to improve service.

We’ve done a lot to make our place a better place to work, starting with [employee] meals twice a day [so] they can really understand our food. We do [employee] field trips once a month. For example, [we might] take them to [see] how cheese is made, then have a picnic. We’ve seen a dramatic decrease in our hourly turnover.

What are you hearing about business from restaurateur clients?

It is critical that people work to maintain cash and cut expenses. I expect a substantial consumer slowdown, [so] it is important to get ahead of that.

How can restaurateurs preserve cash?

It is [about dealing with] little things you find you spend money on about which you can say, “Nobody is going to notice if that goes away.” It could be the flower arrangement at $300 a week that goes to $100, or the valet service [you use] four nights a week instead of seven. [Consider options such as] preserving your labor team by insourcing your janitorial service rather than outsourcing it.