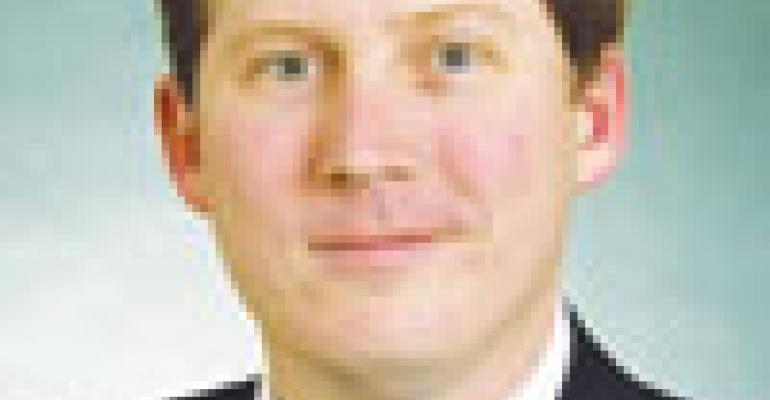 David French got an early taste of the restaurant business in high school when he took a job as a busboy at Jake’s Above the Square in Pittsburgh. Later in college he spent three years managing a student restaurant on the Wesleyan campus for Marriott. His conclusion: “It’s easier managing a restaurant than being a busboy; I have a lot of respect for people who do that job.”

After college French headed down to Washington, D.C., where he worked on Capitol Hill as a legislative aide to a number of congressmen and senators, including Rick Santorum, a former Republican senator representing Pennsylvania. During that time he gained food policy expertise working with Santorum to craft a farm bill that would remove some subsidies from the program.

In 2002, he left Capitol Hill to pursue a career in lobbying and in 2006 joined the International Franchise Association, which today has a membership representing 1,300 franchise systems, about 8,000 to 10,000 franchisees and 400 business suppliers.

What’s the general mood in the franchise community these days?

The general mood is good. We just completed a membership survey, and folks are looking to the future with optimism. Everybody acknowledges there are head winds, but there is a fair amount of optimism anyway.

How would you characterize the overall state of politics in relation to the franchise industry?

We see a lot of anti-business legislation out there. The environment is fairly hostile and challenging.

Congress is very closely tied to organized labor, and an agenda based on union priorities is not friendly to business. Trial lawyers are right there with them. They’ve never been a fan of free-market entrepreneurship. But beyond the nature of the opposition, there is another question—of regulatory changes. In unsettled times, there is a natural reaction [for government] to impose some measure of regulation to economy, more regulatory oversight. There are hints that the different markets may be having troubles fixing all of their ills. We believe in free markets and entrepreneurship, but the reality is that not everybody in the majority shares that view. So, probably we may be looking at more regulatory action.

It might affect food safety laws. Look at what happened with jalapeños. We’ll likely see an expansion of the [U.S. Food and Drug Administration’s] oversight authority. There will probably be more scrutiny of imports. We can also see it with the response to the obesity issue. More menu labeling seems inevitable.

What do you see as being the key issue in the next election for the foodservice industry?

Clearly, for the entire business community, the card-check issue is overwhelming. If unions succeed in passing it, it will not only permanently change the rules of union organizing, but it also will favor the political agenda of unions. Once they succeed in unionizing small business, they will be able to start steering dues payments into the political campaigns of those who help them. People in the business community should be alarmed. That’s a big one.