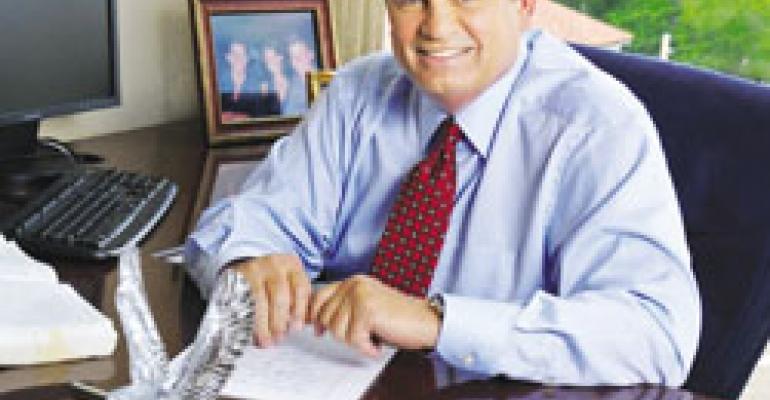 Craig Miller launched his foodservice career at 13 as a dishwasher in a restaurant in Rockledge, Fla. After graduating from high school, he enlisted in the Air Force. He volunteered for duty in Vietnam, and was sent to Cam Ranh Bay, South Vietnam, in 1969.

After military service, Miller received a bachelor of science degree in business administration at the University of Central Florida. He joined Red Lobster, where he worked for industry icons Bill Darden and Joe Lee. In 1984, he went to work at Uno Restaurants, where he spent 17 years helping expand the company from five to 220 units. After that, he spent a year at Furr’s Restaurant Group and then was named president and chief executive of Ruth’s Chris Steak House, where he spent four years.

A former chairman of the National Restaurant Association, he was named MUFSO Operator of the Year in 2007. A conservative Republican, Miller is running for the congressional seat from the 24th District of Florida.

Why are you running for Congress?

I’ve been a restaurateur all my life, and like many I’ve gone from the dish room to the boardroom. What got me interested in government and politics goes way back to the legacy left by restaurateurs like Joe Lee and Norman Brinker, who always took leadership positions and spoke out on behalf of the private-enterprise system.

I’d been sitting on the sidelines for the past year. But I saw the direction the country was going in under Democratic control, and suddenly sitting on the sidelines was not good enough anymore. This district typically is a Republican-leaning district, and it went to the Democrats in the last race. I don’t believe its representation matches the will of the people.

What are your main platform issues?

First and foremost, we won’t get the economy going in the right direction if we don’t tackle the issues of jobs and housing. I believe both are fundamental to small business owners. Also, I am a less-government guy, and I believe that we’re overtaxed—particularly with the expiration of the [2001 and 2003] tax cuts. I want to do away with unfair measures like the death tax. We need to make Congress understand that the private sector creates jobs and builds the economy.

How will your foodservice experience help you in Congress?

I ran businesses. I built restaurants. I have [a kind of] leadership experience that we don’t have much of in Congress. My business experiences have helped me. I’ve done a lot of public speaking. When you run a public company and address shareholders, you have to think on your feet.

All of my thousands of table visits have served me well over the years. I’ve met with thousands of customers, and there is nothing more difficult than walking up to a table and explaining why the steak was not made right. The foodservice business is a people business. It entails a lot of getting around and talking to people, which comes naturally to me.

Running for public office is difficult at best. Why put yourself through it?

When running a public company, your life is somewhat of an open book. I’m comfortable with the career I’ve had. I’m not afraid of talking about issues. I understand what representation means. The more I get into it, the more comfortable I am with the idea.

What would you like to tell the Congress if you’re elected?

I’d say several things:Let’s listen to the American people. Let’s make sure we’ve got our priorities right. Let’s recognize that our private enterprise system fuels economic prosperity and that we shouldn’t tamper with it. And last, don’t spend money you don’t have.