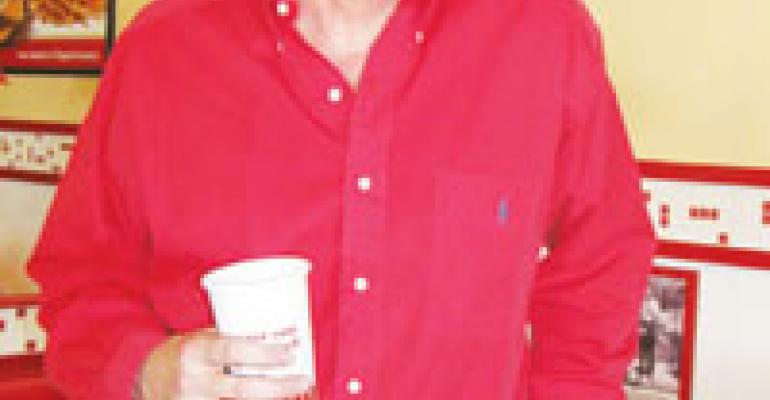 Prior to co-founding the fast-casual Freddy’s Frozen Custard and Steakburgers, Bill Simon honed his operational skills in casual dining with the four-unit Timberline Steakhouse & Grill in Kansas. Since the first Freddy’s opened in Wichita, Kan., in 2002, the company has grown to 36 units through company development and franchising. Freddy’s has units in Arizona, Colorado, Kansas, Missouri, Oklahoma and Texas.

Simon, who is today president of Freddy’s, discussed the Wichita-based chain and the opportunities and challenges in today’s economy for a fast-casual concept.

How long have you been involved in Freddy’s?

In 2001, my partner in Timberline Steakhouse & Grill, Scott Redler, my Panera-franchise-operator brother, Randy Simon, and my dad, Freddy Simon, began conceptualizing Freddy’s. We opened our first store in August 2002.

What are the biggest challenges facing franchise concepts in 2010?

There are many that apply to some, but not to all. The main challenges that apply to us include the tighter credit market; the inability to predict costs as a result of possible government expansion into health care; menu-labeling requirements; direct and indirect taxes certain to affect small businesses; and deliberate growth at a slow enough rate to ensure that the quality of everything we serve and the hospitality with which each guest is treated remains at the same level that has been a Freddy’s trademark since the first store.

What has led to Freddy’s success?

Our people and their dedication to our culture of hospitality would be the No. 1 factor. Guests are treated to a full-service restaurant mentality in a fast-casual setting. This answer applies not only to the quality of our employees, but also to our entrepreneurially minded franchise community. They have proven to be a catalyst to our growth.

Second is the attraction for a guest to be able to obtain under the same roof the unique combination of quality, hot cooked-to-order food and deliciously cool frozen-custard desserts made fresh throughout each and every day.

Where do you plan to open next?

We have development agreements signed for areas in Nebraska, Nevada and New Mexico.

Are you seeing differences in the economy geographically in the areas where you have stores?

I believe so. We have stores in some rural communities such as Hays, Kan., and Enid, Okla., where the cost of living is certainly less than, for example, Austin, Texas, where there are two franchised stores. And even in those economic environments, conditions differ. Raytheon just announced the closing of a plant in Salina, Kan., where there is one Freddy’s store. Interestingly though, even while Wichita’s aircraft manufacturers have been tremendously impacted by the slide in orders for business and commercial aircraft, our stores here are experiencing record sales numbers.

What opportunities has this economy provided for Freddy’s and franchisees?

Even though, in general, we have experienced same-store sales growth year after year, it’s still rewarding to see that figure is in excess of 5 percent so far this year versus the same period last year for stores older than two years, with the oldest store posting growth of 14.24 percent. I believe that, due to the quality of the Freddy’s food and experience, we have picked up some of the sales that have been lost in casual dining as a repercussion to the economy and high jobless rate.

What advice do you have for people considering a franchise concept?

We suggest that they not strap themselves with too aggressive of a development schedule, focus on getting the first store in their market in an “A” location, and be ready to operate perfectly at the opening. Historically, we have provided at no charge a training team of six experienced individuals to assist in each franchisee’s first store. First impressions and subsequent word-of-mouth has been a primary driver of our growth since inception.