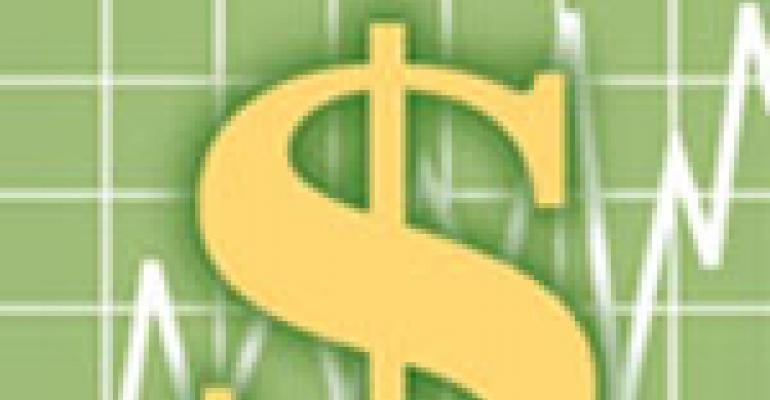 Restaurant financing has slowed to a trickle as lenders re-evaluate loan portfolios amid the financial uncertainty roiling the economy.

Most notably, GE Capital Solutions, Franchise Finance, which is the largest lender in the restaurant space in terms of both assets and clients, said it would be “much more selective” and defer rate quotes on new franchise finance deals for the near term, a move that sources say could have a dramatic impact on the industry’s growth plans.

Almost all financial institutions have put curbs on their restaurant deal-making divisions given the credit crunch and the pending outcome of the government-led bailout for embattled banks on Wall Street, said lenders, operators and industry analysts. The situation, while changing daily, guarantees higher costs for capital, less available leverage and tighter lending structures for operators that need funding, they added.

“A lot is in flux right now as banks reassess what they view as appropriate risk,” Sharon Zackfia, restaurant securities analyst at William Blair & Co., said in an interview. “What is certain is that operators will pay more…and that will change their cash-on-cash returns at a time when the industry is already struggling.”

The lending freeze could curtail not only new unit development, but also the refranchising plans of major franchisors. Those initiatives, which sell corporate locations to franchisees, typically require outside lending. Companies including Sonic Corp., Yum! Brands Inc., CKE Restaurants Inc., Jack in the Box Inc. and DineEquity Inc., have said they are counting on refranchising to boost near-term corporate results.

At the same time, the lending freeze is expected to hinder companies that have said future growth will come more from franchised development than from new corporate units, such as Panera Bread Co. and Buffalo Wild Wings Inc.

“I just don’t see who’s going to be financing franchisees or major remodels in any meaningful way for some time to come,” said Bob Goldin, executive vice president of the foodservice research consultancy Technomic Inc.

GE Capital Solutions spokesman Stephen White said that while the franchise finance division still is active in the restaurant industry, it is only quoting new deals “where competitive and appropriate.”

“We are being much more selective and have raised our hurdle rates, which has slowed deal approvals,” White said. “We’re still active—less so in the last two weeks—and are simply taking more time as the environment settles.”

GE Capital, which holds more than $100 billion in assets, is feeling pressure from parent company General Electric Co., which said late last month that it would shrink its entire GE Capital unit and curtail borrowing at the division for the rest of the year. The Franchise Finance arm boasts more than $13 billion in served assets.

GE’s decision to reevaluate new restaurant lending comes on the heels of Bank of America’s alleged pullback on new lending to McDonald’s franchisees for upgrades surrounding the No. 1 burger brand’s espresso-based beverage initiative. McDonald’s Corp. spokeswoman Heidi Barker said on Sept. 25 that Bank of America is “currently making new loans and continuing to lend to McDonald’s franchisees,” despite reports that had suggested the contrary.

With the banking system so unstable, industry sources have indicated that it is likely some restaurant companies may be unaware of changes to lending relationships because of the day-to-day unrest within the credit markets. Bank of America is in the midst of a merger with Merrill Lynch, another restaurant lender, and industry analysts have proffered that any pullback in lending for McDonald’s or others could occur as the two institutions evaluate their portfolios. No one has suggested there is a credit issue at McDonald’s and corporate spokeswoman Barker added that the company and its franchisees have access to more than 50 lenders.

“The recent pullbacks of two of the main lenders in the arena are disconcerting, to say the least,” said analyst Zackfia.

In this tenuous environment restaurant franchisors are working to secure relationships with banks so that franchisees have the best possible access to capital.

At Quiznos, a system comprised of many first-time entrepreneurs and one- or two-unit operators, Denver-based officials said it is working to solidify lending relationships.

“We have always helped our franchise owners connect with banks,” said Quiznos chief financial officer Brandon Turner. “Today, however, we’re actively meeting with banks and finance companies to make sure they understand the Quiznos story.”

An official at a West Coast bank who asked not to be identified said he had just met with two of the largest franchisors in the quick-service segment, as both companies were seeking additional lending support for their franchisees.

One independent franchisee that currently is seeking financing to open more locations called today’s lending situation akin to a lockdown.

“The environment has gotten more difficult,” said Jeff Ackerman, chairman of Chair 5 Restaurants LLC, which operates 13 Qdoba Mexican Grills and a Pollo Campero location. “There is interest in our strategy…but some lenders are just on lockdown right now.”

Ackerman, who is working to develop the Boston market and is committed to open about 35 Qdoba restaurants and five Pollo Campero locations, said he has scrambled to secure financing. Certain deals using both nontraditional capital sources and more traditional lenders have closed, he said.

Restaurant lenders contend that financing still is available to the best operators within the best franchised systems. Higher costs, additional equity, and more scrutiny during due diligence, however, will be a part of any deal brokered today, they say.

“We are in the midst of an unprecedented situation as it relates to the financial markets,” said Cheryl Carner, managing director of retail finance at CapitalSource, a commercial lender focused on the middle market. “Those that have capital can and should charge a premium in this uncertainty, and that’s the dynamic we’re seeing right now.”

Carner, who worked to secure the $30 million credit facility and the $78.2 million term loan to support the February buyout of Au Bon Pain, said the added rate over the benchmark London Interbank Offered Rate, or LIBOR, is about 100 basis points higher than deals that closed in the recent past. Some deals are closing at LIBOR plus five, she said. Pre-payment penalties are being added to new lending arrangements, Carner added, along with increases to upfront fees, or commitment fees. Those fees used to total about 1 percent of the deal’s value and today could total two or three points.

Prior to the release of GE Capital’s statement that it would be more critical on new lending deals, Trey Brown, a senior managing director and commercial leader at GE Capital Solutions, Franchise Finance, said “proven and results-based operators” would continue to garner financing.

“It is a less predictable financing market—it’s really week to week,” he said. “There is a flight to quality and the best operators in the best markets and with proven metrics will rise to the top, and that by definition will shelve other deals.”

“Folks that are overleveraged, that are having a tougher time with trends, that don’t own real estate, they have less of a chance today to find someone [a lender] who will stretch for them,” he said. “On the franchisee side, where the business is stable—pressured, yes, but still stable—those operators are still able to access capital in reasonable sizes.”