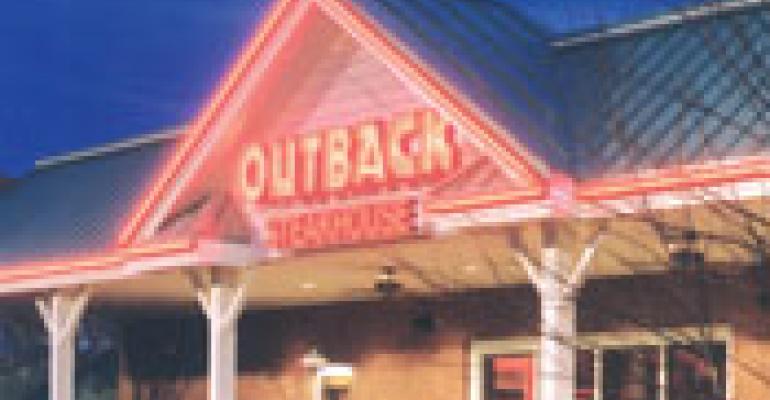 Amid a swirl of controversy, some restaurants have scuttled plans to deduct portions of credit card processing fees from servers’ tips as a way to offset wage hikes and other increased operational costs that are squeezing profit margins.

After a public outcry earlier this month, Outback Steakhouse parent OSI Restaurant Partners, whose multibrand system includes 1,200 restaurants in 26 states, backed down from a plan to require servers to cover the proportion of charge card fees related to their gratuities.

Tampa, Fla.-based OSI, whose brands include Carrabba’s Italian Grill, Roy’s and Fleming’s Prime Steakhouse & Wine Bar, had implemented the policy in January in Illinois and Arkansas. But when employees and customers complained, OSI dropped the deductions and promised to refund credit card processing fees already withheld from servers.

The practice is prohibited in some states, such as California and Colorado, but it is legal under federal labor laws. Where permissible, some operators continue to make servers pay the proportion of the fees related to tip amounts, despite controversies and the risk of losing disgruntled employees.

Restaurants typically pay credit card companies fees that can range from 1.5 percent to 3 percent of a transaction. The fees apply to the total tab, including tip, though some operators pass on to servers the percentage of the fee not related to the meal portion of the ticket. For example, if a meal tab is $100 and the tip is $20, an employer whose 3-percent fee would be $3.60 may withhold 60 cents—3 percent of the tip—from the server on that one transaction.

One Outback Steakhouse server told local media in Arkansas that the policy would cost her an estimated $800 a year if she worked five shifts a week. Customers who were made aware of the new policy were said to have jotted pointed objections to it on their credit card slips and then left their tips in cash.

“It is no secret that all casual-dining restaurant companies are facing unprecedented cost increases and substantial declines on profitability,” Kadow said. “It is our responsibility to adjust to this environment and take appropriate action to protect the business.”

Kadow said the decision was not made lightly; company officials at first considered the deduction to be fair because of what it considers the competitive and generous slate of benefits it offers to employees, such as health insurance, vacation pay and meal discounts.

“However, upon reflection, we realized this decision is inconsistent with our principles and beliefs,” Kadow said. “We will take care of our people and our customers, and the institution of OSI will take care of itself.”

Other operators continue to make the deductions, regardless of controversy or fears of employee turnover.

Servers and bartenders at Gandy Dancer, a fine-dining restaurant in Ann Arbor, Mich., complained when its Houston-based parent company, Landry’s Restaurants Inc., in January began charging them 1.5 percent of their tips to cover the proportion of credit card processing fees related to gratuities.

Servers were surprised when they received tips at the end of a shift and learned a couple of dollars had been deducted, said waiter James Andrews, who has worked at the Gandy Dancer for two and a half years.

“What burned me up about it was there was no warning or disclosure about the policy,” Andrews said.

Restaurants that make servers pay for credit card processing fees run the risk of alienating employees, said service consultant Paul Paz, founder of WaitersWorld.com and a career server at a Stanford’s Restaurant & Bar in Portland, Ore. Although the processing fees may be a small part of each transaction, the deductions can add up, Paz said.

“With the withering labor pool, we have to ask if this is a practice that enhances our image or will it be another deal-breaker that deters good job candidates,” he said.

Despite the controversy, Landry’s, which operates about 200 restaurants in 29 states and the two Golden Nugget hotel-casinos in Nevada, has not changed its policy.

“Federal law expressly allows for the practice of deducting the credit card charge from tips left on a credit card. Where allowed by state law, this is our practice,” Landry’s executive vice president Steven Scheinthal said in a statement. He declined to comment further.

Landry’s policy was upheld in a Houston federal court a few years ago in a class-action suit filed against the chain on behalf of six servers at a Joe’s Crab Shack in Chicago.

The Fair Labor Standards Act permits an employer to deduct the processing fee from an employee’s tip as long as the deduction does not put the employee’s pay below the minimum wage.

In Colorado, the practice invalidates the state’s tip credit, which makes it impractical for employers, said Pete Meersman, chief executive of the Colorado Restaurant Association.

California’s Legislature banned the practice in 2001 after a state superior court decided in favor of the deduction. The state judge had ruled it permissible for Specialty Restaurants Corp. of Anaheim to assess the fee from servers’ tips.

Specialty, which now has 23 restaurants in about a dozen states, no longer deducts the fees from servers tips in California or Colorado but continues the practice in other states, said Nikki Hickman, controller for the company, which owns such restaurants as the Castaway, the Reef and 94th Aero Squadron.

The practice, however, has not become controversial in other states, she said.

The deductions have been a long-standing policy at Specialty’s concepts, so employees have grown to accept the charge, Hickman said. The restaurants pay out tips nightly rather than including them in paychecks, so the deductions have a less obvious impact.

“Most servers look at themselves as being self-employed and [see the deductions as their] cost of doing business,” Hickman said.