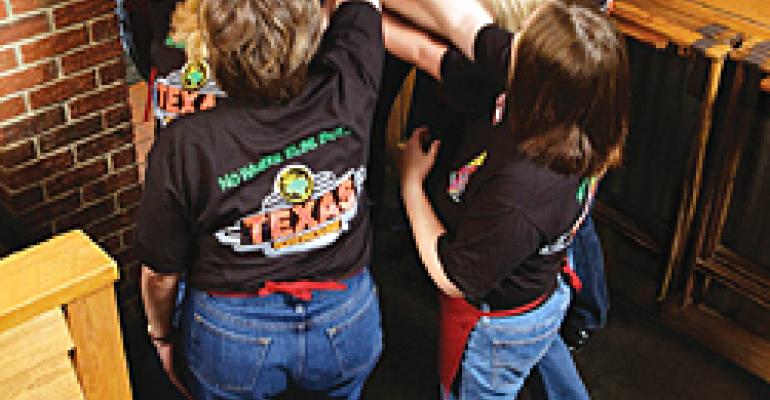 In most industries, according to research and consultancy firm PricewaterhouseCoopers, the call volume to company help lines equals 1 percent to 2 percent of the employee population. Data tracked by software and services vendor EthicsPoint suggest that in the restaurant industry, the volume of such calls is closer to 4 percent.

The issues confronting foodservice personnel and spurring conflicts within their world are wide ranging and touch on such things as operations, finance, human resources, health, safety and interaction with customers. Properly tracking, investigating and responding to worker concerns about those issues can become unwieldy as a company grows, yet it is an increasingly essential task.

Restaurateurs are turning to governance, risk and compliance assistance software and service providers, such as EthicsPoint, to conform to regulations, such as Sarbanes-Oxley, and to maintain their corporate cultures. Ideally, legal, risk-management, marketing and human resources experts, as well as the information technology, or IT, department, all play a role in selecting, deploying and maintaining such tools and services.

"This gives us the ability to take the information and respond with care and concern," Mark Simpson, of Louisville, Ky.-based Texas Roadhouse LLC, says of EthicsPoint technology and the procedures in place at his 280-unit casual-dining chain. Because these systems use a guided interview process to document the report when an employee initiates a complaint, "we don't have to rehash it and make it worse" when launching an investigation, adds Simpson, Texas Roadhouse's uniquely named "director of legendary people."

Most restaurants operate in a reactive mode in dealing with employee-raised issues, according to representatives of Portland, Ore.-based EthicsPoint, which helps companies with issue, event, and loss management through a multi-tenant, software-as-a-service model. The goal of systems or services such as those offered by EthicsPoint is to be proactive, applying process, consistency and measurable improvements to these activities so issues are quickly addressed rather than being allowed to fester into larger, and potentially actionable, problems, explain those sources. Such systems, they add, can provide multiple avenues for reporting, from call centers to websites to supervisors and field human resources executives.

From a legal standpoint, "if you don't investigate and document in a methodical and consistent way, showing how you do this every time, with a deliberate way to investigate, then you're susceptible to litigation," says Glen Kraemer, managing partner of Curiale Dellaverson Hirschfeld & Kraemer LLP in Santa Monica, Calif. Companies that can demonstrate such a system is in place and is known to employees, are on pretty solid ground in many jurisdictions if a litigious employee has not availed him or herself of that process, labor law attorney Kraemer says.

But for many chains, interest is "far more weighted on trying to protect the culture," says Kirsten Lunghofer, human resources manager for 40-unit Rock Bottom Restaurants of Louisville, Colo. Making it easy for employees to report issues nips problems in the bud and conveys concern, she indicates, as does permitting employees to interact with these systems in their own language and in their own manner, be it by phone, Internet or some other means.

Rock Bottom had maintained a per-location filing system for its hotline reports prior to deploying EthicsPoint. "It was difficult to pull reports and show what was happening companywide," says Lunghofer.

The new system used by Rock Bottom collects information in a consistent way, no matter which reporting avenue the employee chooses, then funnels them into a single reporting system. Now, notes Lunghofer, "we can look for training opportunities, whether companywide or by location, and we get greater feedback on different layers of management," as well as the ability to more quickly detect trends.

Part of the initial configuration work with EthicsPoint involves interface design. "I set it up myself," says Elizabeth Estis, vice president of human resources for 389-unit El Pollo Loco of Costa Mesa, Calif. "It has a flexible design and look and feel, so it looks like and feels like El Pollo Loco."

EthicsPoint offers entry-level, mid-level and enterprise versions, so costs can vary. An EthicsPoint-run Web and call-in helpline system with basic case management and reporting tools costs a few thousand dollars to set up, plus 75 cents to $2 per employee annually. Mid-level systems cost $10,000 to $15,000 more, and enterprise-level resources run an additional $50,000, the vendor says.

Rock Bottom paid $10,200 in first-year fees and setup and has an annual renewal cost of $1.20 per team member.

Many restaurant companies start with a standalone configuration for EthicsPoint, with some later choosing to integrate that application with human resources systems to make it easier to pull pertinent employee data, indicate users and the vendor.

Another essential step in implementing a governance, risk and compliance system, users say, is to assure employees of their anonymity and curtail fears of retribution for making a report. In fact, getting the word out, with the right tone, can be the hardest part.

"Communicating to field employees and the corporate office was more time-consuming and took more of an effort," says Estis of El Pollo Loco, which used EthicsPoint templates for the job.