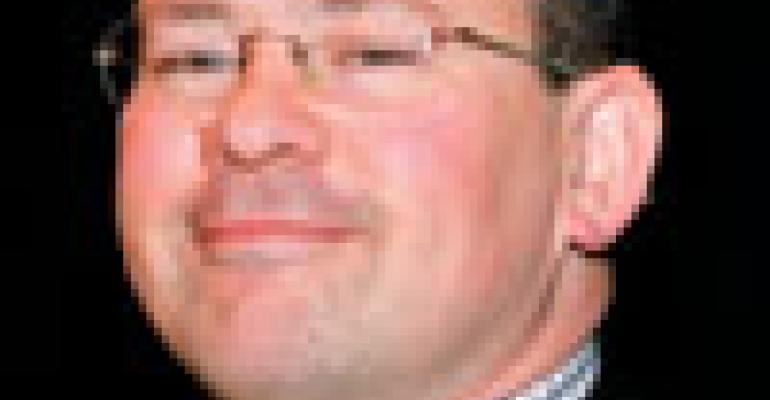 On Food: Learning how to use online social tools like Twitter is easy, the hard part is knowing why

I don’t understand online social networking. I don’t know why people spend so much time reading blogs. And I can’t for the life of me see the purpose of Twitter.

But I’m a good worker. I do what I’m told. So just over three years ago when my bosses asked me to start a blog about where I eat, I did.

As industry contacts asked me to be their Facebook “friends,” I acceded to their requests and set up a page. About four months ago our marketing department asked me to involve myself with Twitter, so I started to tweet.

Tweet is the verb for what you do on Twitter, which is to type no more than 140 characters about what you’re doing at any given moment. Some people follow thousands, yes thousands, of other people on Twitter. They can see whatever random thoughts the tweeters they follow choose to express. As far as I can tell, it’s mostly a bunch of grunts of opinion from all over the planet. They think this is valuable, and I don’t understand why.

I follow 28 people on Twitter, mostly personal friends who for reasons of their own have largely given up on more meaningful conversation. But I also follow some fellow food writers and marketers, to see what they have to say for themselves.

It turns out that they have a lot to say, but little of interest. Here are some of the tweets I got in the hours before writing this column:

“Email du jour: ‘You are good to go for Super Bowl. Pick-up is at SSam Bar.’”

“Gave in and got a single coffee with biscotti which is nicely anised.”

“Wondering where I’m going to find Velvet Falernum if LeNell’s is truly closed.”

“Trying to decide whether to get a French press for two just for self, and at a price that means today’s coffee will cost over $7.”

“Slipping downtown in darkness through the Hayes valley elbow of the 21 route.”

I often say that brevity is the soul of wit, but that’s not true in this case. Personally, I would rather spend my time with real people exchanging ideas that are more than 140 characters long. I figure if something is worth saying, you could go ahead and take a few hundred characters to say it.

Most of my own tweets are links to my latest blog entry, allowing me to fulfill two work obligations with one bit of writing, with necessarily brief synopses, such as:

“In Boston had minor conflicts, schooled kids, ate at Clio.”

“Rickshaw dumpling bar has a truck!”

“Lots of fun at Culinary R&D need a better word for lard.”

It’s mildly amusing perhaps, but really it’s a collection of pointless, mostly useless bits of noninformation. But people eat this stuff up. On average, I get one and a half new Twitter followers every day.

A common practice in the world of Twitter is to follow those who follow you, so that you all have more followers, which I guess makes people feel better about themselves. I think it just encourages people who don’t have anything to say.

My fellow members of Generation X, born in the late 1960s and 1970s, tell me that we’re too old to understand Twitter. Still, they say, we should acknowledge that it’s meaningful.

But I ask the youngsters whose age group is supposed to be tweeting all over the place, and they don’t understand it either. I suppose I should reserve judgment, though.

It took me awhile to understand Facebook and I still wonder why some people provide the information they do—I just looked at my Facebook page and learned that one “friend” just went shopping for avocado and cucumber—but it has also proved to be handy.

I announced on my page that I was looking for chefs who worked with bluefish, and chef “friends” of mine gave me leads. I asked about cooking with edible silver, and it turns out that a couple of my “friends” are doing that, too. I might have found a new fad to write about.

This social networking does have its limitations, though: I told my Facebook friends that I’m running low on coffee, and they haven’t helped me with that.