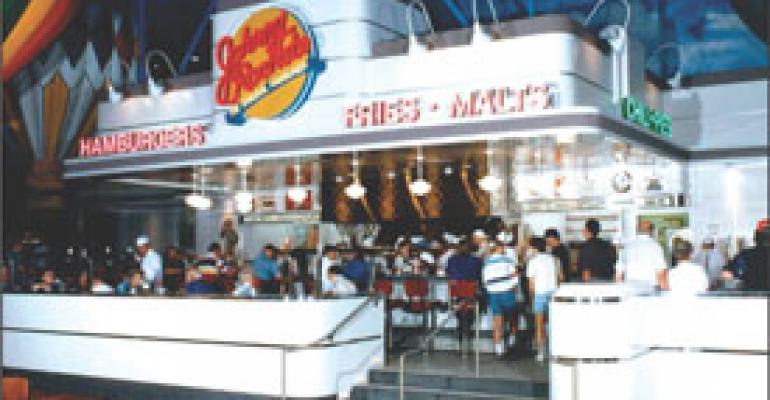 Foodservice franchising is losing some of its sizzle, according to recent research that shows fewer new franchisors are entering the restaurant industry.

After nearly half a century of being a favored business model for those desiring self-employment, restaurant franchising is experiencing a downslide that could accelerate as the economy continues to struggle and franchisors raise the financial qualifications for potential franchisees.

Although quick-service and full-service restaurants together account for the largest number of franchised businesses in the United States, vastly outpacing the sales, unit counts and numbers of employees of 10 other franchised fields tracked by the International Franchise Association, the number of new franchisors trying to stake a claim in the restaurant industry has declined sharply in the past three years, according to Frandata, an Arlington, Va.-based research firm that helps the IFA with many of its industry updates and economic studies.

Although other franchise fields, such as those that deliver business services like accounting and maintenance, are witnessing fewer new franchisor entrants as well, the trend in foodservice is most pronounced, Frandata found. While a record-high 95 first-time restaurant franchisors entered the field in 2004, only 54 new franchisors entered foodservice in 2006, the most recent year for which data is available.

Further, between 2000 and 2006, the top 10 fastest-growing franchised fields included mostly nonfoodservice concepts—with many of those concepts growing by triple-digit percentages. Health-and fitness-oriented concepts led the pack, with growth rates of 1,000 percent and 800 percent, respectively, Frandata found.

Unfazed by the data, first-time franchisors and older restaurant chains that are reviving their franchising efforts after years of dormancy are bullish about their prospects, even in the face of a possible recession.

“I just think this is a good time for us and good timing overall,” said Tom Dunn, vice president of franchising for the 21-unit, 14-year-old Ker’s WingHouse Bar & Grill casual-dining chain. WingHouse, which is based in Largo, Fla., and was founded by former Dallas Cowboy football player Crawford Ker, won a countersuit against Hooters of America for $1.1 million three years ago after Hooters alleged trade dress violations. Now, WingHouse is gearing up to franchise to veteran multiconcept operators, Dunn said.

“We just wanted the model to be right and the timing to be right before we make this move, because, after all, this is a big step in the life of a corporation,” said Dunn, a longtime franchise executive from the hotel industry. “I can see why many franchisors might be holding off, but we see it differently.

“You look at real estate, for example, and we are getting offers we never saw before. We’re ready to move, but we think we need experienced restaurateurs. I mean, we have a complex concept to execute, and we need people who can put $2.5 million to $3 million in our buildings and sites. Most moms and pops don’t have those kinds of dollars.”

First Watch of Brandenton, Fla., is another chain that is franchising for the first time in its 25-year history.

First Watch is a breakfast, brunch and lunch concept with 80 company-operated units. Potential franchisees need to have $2 million in net worth and will be required to pay $35,000 per site and a royalty of 4 percent of gross sales.

Kenneth Pendery, chief executive of First Watch Restaurants Inc., noted that when a private-equity company ponied up the dollars to help the chain grow a few years ago, the trajectory of the company changed. First Watch began seeking out experienced and existing restaurant franchisees who wanted to broaden or diversify their portfolios’ revenue streams.

“We just wanted to make sure we had the foundation in place before we made this step, and now we think it is time to franchise,” Pendery said. “Twenty-five years in operation and we have doubled our operations and proven ourselves twice if you consider the private equity and our unit growth. So why not go forward?”

With the exception of the frozen-treats category, which includes purveyors of ice cream and gelato, restaurant concepts were not among the top 10 fastest-growing franchised fields, according to Frandata.

Higher initial investments and personal net-worth requirements mandated by franchisors, as well as soaring commercial real estate costs—especially at shopping malls with their additional common-area maintenance fees—are among the reasons experts cited to explain the decline in the number of new franchise concepts in food-service. In addition, hefty renovation costs, worker shortages, increasing labor costs and the perception of saturation in some menu segments also could be blunting efforts to franchise restaurant concepts, they said.

Add that to the advertising muscle of the giant brands in some categories—most notably pizza, coffee, Tex-Mex, burger and dessert—and those who might consider franchising could be discouraged, experts said.

Other experts argued, however, that because restaurant franchising is far older than other franchised fields and many mature chains have been building up their systems since the 1960s, the swift pace of growth for health- and fitness-related franchises should not be alarming.

To be sure, franchised restaurant systems continue to yield notable economic muscle despite fewer new entrants.

Of the $880 billion in sales the IFA said its members generated in 2005, the most recent year for which data is available, quick-service and full-service restaurant franchisors accounted for a quarter of that figure, or about $202.5 billion. Moreover, foodservice franchisors and their franchisees employed 4.2 million of the 11 million people who had jobs in franchised businesses in 2005, according to the IFA.

Many restaurant franchisors are buoyed by those figures and noted that even the prospect of a possible recession has not dampened their enthusiasm. They noted that in the past a recession is a sword that cuts both ways, depressing sales as consumers grow skittish about using their precious discretionary dollars but growing the pool of potential franchisee candidates as workers lose jobs.

Dave Eberle, senior vice president of franchise sales and development for 170-unit Johnny Rockets, a Lake Forest, Calif.-based, retro burger and milk shake chain, said the concept is intensifying its franchising efforts and is confident that it has the right concept at the right time to attract veteran multiconcept operators.

“Johnny Rockets really doesn’t have a strong history of franchising,” Eberle said. “We had franchise partners who already were on board and had a personal relationship with the founder or other team members. When RedZone Capital purchased Johnny Rockets last year, they identified franchising as a growth strategy, and that is when I came on board, just in 2007.

“So we are interested in franchise partners in opening multiple locations, who are eager to explore new opportunities in their existing development markets,” he said. He noted that Johnny Rockets has a $49,000 franchise fee and startup costs range between $600,000 and $800,000 per site.

Like others, Eberle said he is not worried by indications that foodservice franchising is slumping.

“There has been tremendous consolidation of concepts in the industry,” he said, “and as the economy takes a turn for the worst, several won’t make it. Those who succeed are delivering the food and experience their customers want, at a price they can afford, offering existing restaurant franchisees and other brands the chance to forge ahead with even stronger concepts.

“I think as the economy improves, the industry will continue to see additional new concepts offering franchise opportunities.”