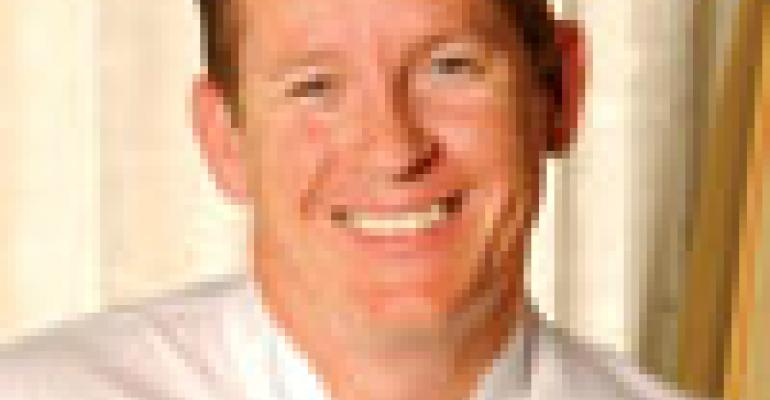 Financial crisis to be a private-party pooper this holiday season

As the economy continues its downward spiral, restaurant owners expect private-banquet and corporate-gala business to be anything but merry and bright this holiday season.

Usually, autumn is a time of year when optimism infuses the industry: The year’s most abundant harvests are hitting loading bays, chefs are rolling out new fall menus and operators are seeing dollar signs as big-ticket bookings for year-end corporate bashes and other private parties mount.

But operators’ moods are unquestionably fretful amid the avalanche of misery on Wall Street, the credit crunch and steep rises in unemployment—all pieces of a disintegrating economy President Bush recently described as being in “crisis.”

“I’d be happy with flat,” says Denver’s award-winning celebrity chef-entrepreneur Kevin Taylor in commenting on his outlook for the holidays. Taylor, who formed a partnership in the spring with sports foodservice specialist Centerplate Inc., says bookings at his eponymous fine-dining establishment had been strong during the holidays in years past.

“But maybe this year flat is good,” he said.

He is hardly alone in his dread.

Normally, Tavern on the Green in Manhattan’s Central Park would have heard by now from certain groups looking to book large year-end holiday gatherings in one of its ornately decorated private rooms. So far, some of Tavern’s usually bankable patrons have not called.

Up until now, many full-service operators could count on making 25 percent or more of their annual volume from on-site and off-site catering, large group banquets, corporate holiday events and their own richly rewarding New Year’s Eve dinners and dancing extravaganzas during the six weeks between Thanksgiving and New Year’s Day.

But no matter how much operators adjust their business strategies and holiday promotions for private parties and corporations, restaurateurs are dealing with some formidably adverse economic forces that could make even “flat” volumes unobtainable.

Although some economists and industry insiders point out that the economy and the foodservice industry plummeted into a recession in the months after the Sept. 11 terrorist attacks, that downturn was relatively short-lived for most businesses except airlines.

The current economic malaise may be far more intractable.

Just two weeks ago, the Bureau of Labor Statistics reported that 159,000 people lost their jobs in the month of September alone, representing the worst month in five years and just part of the 750,000 people who have gone jobless since the start of 2008.

In New York City, whose boosters call it the restaurant capital of the world, job losses in the financial and banking industries, particularly among the high rollers who are accustomed to big bonuses and lavish spending, are taking a huge bite out of the businesses of operators in the city and region.

New York State Comptroller Thomas DiNapoli said in a recent report that 40,000 Wall Streeters, about 15,000 of whom earned an average annual base salary of $212,000, have lost or are expected to lose their jobs with Wall Street’s implosion, the federal bailout and consolidation among banking institutions.

DiNapoli reported that Wall Street bonuses were $16 billion in 2007. He expects that amount to be reduced by half or more this year, noting that New York City’s financial services industries contribute one-fifth of the state’s total revenues from income taxes.

The historic amalgam of such unprecedented economic woe in just the past few weeks has operators fearing that the Grinch has already stolen their holiday business.

“We’ve been through tough times before,” says Myriad Restaurant Group’s director of marketing Tracy Nieporent, referring to his eight-unit upscale company’s two high-volume flagships, Tribeca Grill and Nobu, which were once in the shadow of the World Trade Center. “We’ll come through this, too. But I have to say, this is pretty different.”

Still, Nieporent says that while he agrees his corporate clients and big-party groups will probably be more budget-conscious this year, the company has not yet had any big groups cancel.

“Not everyone is wired into Wall Street,” he said.

Nieporent argues that just as it was in the aftermath of the terrorist attacks, when people needed a dining experience with friends, family and colleagues to restore their spirits, so too will they be looking to continue traditions that mean a lot to them even through tough times, though likely at a lower price.

“There is a lot of wheeling and dealing going on at the moment because people are very price sensitive, and we understand that,” he said. “We are coming with a lot of options and choices.

“Still, I have to think that having a great dining experience with family, friends and colleagues to celebrate the holidays or company teamwork is a lot cheaper than going to a psychiatrist to get over your fears.”

Shelly Clark, a spokeswoman for Tavern on the Green—long accorded the status as the highest-volume, single-site restaurant in the country—says the popular institution is not getting cancellations, but management is noting that certain large parties and employee Christmas parties have not yet been booked. She estimates that about 30 percent of Tavern’s reportedly $30 million in annual revenues comes from private parties, banquets and year-end holiday gatherings,

Chekitan S. Dev, a professor of strategic marketing and brand management in Cornell University’s Marketing and Tourism department and an internationally recognized marketing consultant, says operators who prospered after the terrorist attacks should apply the same playbook in the current circumstances.

Dev, who gave New York a rousing workshop at the French Culinary Institute after the terrorist attacks to help operators revive business, said the first step to take is to stop thinking in terms of revenues, sales and table turns, and instead think more of a customer’s “lifetime value” to the business. Once that adjustment in thinking is made, operators are more likely to see the current economic conditions more as an opportunity than a challenge, Dev said.

“The conditions are different [from 9/11], but the rule book is still the same,” he said. “The simple message is that there are opportunities in crisis, and since your customers, investors and creditors are wrapped up in the same set of circumstances, they will give you more leeway.

“This will give you the advantage to make some adjustments in your business model so that when things do turn around, you will come out of it stronger.”

David Adler, founder and publisher of BizBash Media and a forthcoming new publication called Office Entertainment, says reporters on his staff, which covers special-event parties and celebrity parties, project that in-office party gatherings will be the biggest trend in his industry this holiday season because of budget concerns.