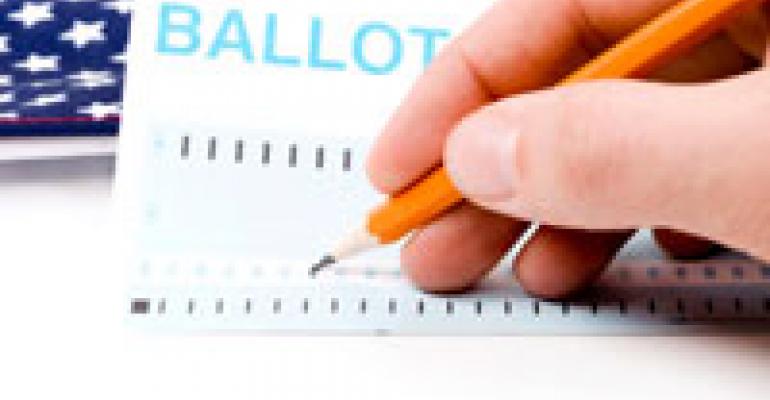 A repeal of the 2010 health care law wasn't on Tuesday’s ballot, but the mid-term voting determined if restaurants get a reprieve from the measure’s sweeping employer mandates.

Scrapping, modifying or blocking the legislation has emerged as a backdrop issue of the election, coloring races at all levels and in various areas of the country. Candidates like Paul Ryan, a U.S. congressman from Wisconsin, haven’t hid their enthusiasm for scrapping or tempering the omnibus law. Others, like Rep. Rush Holt of New Jersey, have defended the measure in its current form, which restaurant officials blast as a potentially crippling financial blow.

Tuesday determined which faction gets the public’s support.

Follow the results from Tuesday night -- and gain insight into what the outcomes may mean to the restaurant industry -- at NRN's policy blog: NRN.com/Policy.

Health care reform isn't the only way restaurants will be affected by mid-term Congressional elections. Candidates have taken widely divergent stances on such issues of importance as immigration reform, business taxation and unionization.

Meanwhile, state initiatives will enable voters to vote yea or nay on such proposals as halving Massachusetts’ sales tax and rescinding the levy on alcohol sales altogether.

Other states will invite residents to decide if all unionization votes should be secret, a measure that would kill labor’s so-called card check open-balloting plan, and if the national insurance mandate contained in the federal health care law should be outlawed locally.

Peter Romeo, a journalist who has covered the restaurant industry since Ronald Reagan was on the ballot, will be live-blogging returns on NRN.com as they come in from such battlegrounds as Colorado, for example, where former restaurateur and current Denver mayor John Hickenlooper is running for governor. His candidacy is widely seen as an unofficial referendum on immigration reform.

Other industry alumni Romeo will be tracking include John Yarmuth, a co-owner of the Sonny’s BBQ chain who is seeking reelection to a U.S. House seat for Kentucky, and Jo Ann Emerson, the one-time National Restaurant Association official who is running for reelection as a U.S. Representative from Missouri.