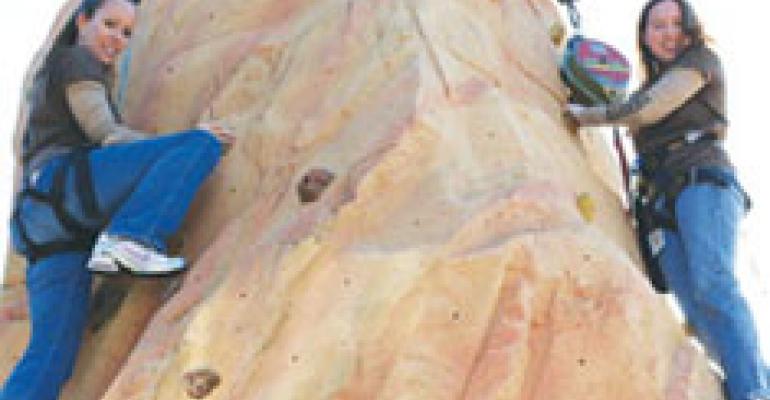 Chain operators say that skyrocketing health care premiums will likely force them this year to pass increases onto employees, even as employers ramp up negotiations with providers and highlight wellness programs in hopes of managing costs.

Last year single premiums rose an average of 12 percent from 2007 levels, according to the 2008 Benefits Survey by the Chain Restaurant Compensation Association, a partnership of more than 95 restaurant companies that represent more than 180 concepts. In 2007, single premiums had declined an average of 2 percent from the year earlier. The survey, which was conducted by the Hay Group, also found that the premium for family coverage rose an average of 11.3 percent, compared with a 1.5-percent increase in 2007.

The restaurant industry has been more aggressive in managing health care costs than other industries and thus was able to hold the line on premium hikes for employees, but now operators are more likely going to pass on more of the costs, said Larry Hicks, senior consultant and Midwest Benefits Practice Leader for the Hay Group research and consulting firm.

“They are changing co-payments, co-insurance levels for employees,” Hicks said. He noted that employees might be asked to pay 30 percent, rather than 20 percent of premium costs, on average.

“I don’t think we’re going to see a lot of expansion of benefits, but a desire to limit employer costs and share more with employees,” he said.

Hicks said he does not expect that chain operators will drop health care altogether because as large organizations they still wield the muscle for strong negotiations with health care providers.

“At the minimum, CRCA members have at least 100 employees and several have thousands of employees,” he said.

Checkers Drive-In Restaurants witnessed only a 2-percent increase in health care premiums last year, in part because of aggressive negotiations with its health care brokers, said Harkness, who is also vice president of human resources for the Tampa, Fla.-based company. Checkers is the owner or franchisor of about 830 quick-service restaurants operating under the Checkers and Rally’s Hamburgers brands.

“Essentially, I hammered our broker and kept saying, ‘I’m not paying’—granted I said that for four months,” Harkness said. “People believe they are at the mercy [of the market].”

Operators also can try to control costs by encouraging employees to stay fit and healthy, she said. Checkers holds health fairs twice a year at its corporate office and is working on rolling out health fairs to its units, Harkness said.

Dallas-based Brinker International, parent of more than 1,700 restaurants under the Chili’s, Maggiano’s Little Italy and On the Border brands, offers a variety of health and wellness programs at its support center as well as to managers and employees in its restaurants, said Tracey Posey, work life program manager for the company.

An on-site fitness room and weight loss, yoga and smoking-cessation classes are available to corporate employees. The company also offers a reimbursement program and discounts for employees who join fitness centers and weight loss programs.

About 15 percent of Brinker’s salaried workers participate in the company’s fitness reimbursement program, Posey said. Each year Brinker also hosts a Wellness Week at the support center. Employees receive free blood screenings to check cholesterol and glucose levels. They also get free flu shots, bone density scans and cancer-screening tests. More than 40 health and wellness vendors come to the event. Among them are local wellness professionals and physicians who teach seminars on such topics as cardiovascular health, emotional wellness, self defense, CPR/First Aid and healthy cooking.

“If we can get them active and healthy, they will have fewer trips to the doctor,” Posey said. “We may not see our rates stay flat, but they may not go up quite as much as they could if we didn’t encourage wellness and active lifestyles.”