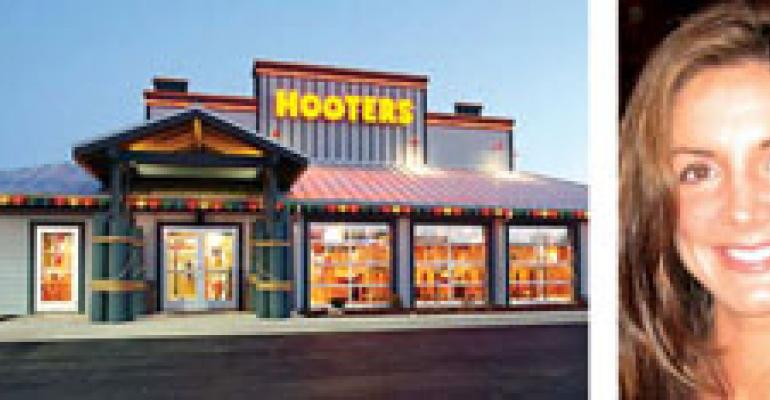 The following story is part of this week's special NRN 50 issue, Opportunities knocking: Open the door to bold thinking and unlock your profit potential. Non-subscribers and those who wish to purchase this single issue in its entirety can click here.

According to the National Restaurant Association’s 2009 Restaurant Industry Forecast, in 2009 eating and drinking places will cut jobs by 0.5 percent. Still, some companies are hiring, and many are looking to employ workers who were recently laid off from struggling restaurant companies.

Kat Cole, vice president of training and development for Hooters of America Inc., based in Atlanta, is seeing more résumés from experienced general managers, instead of assistant managers hoping to move up.

“We are getting great operators who were laid off or saw the writing on the wall and left,” she says. “We are also getting more entrepreneurs. They were owner-operators of their own restaurants and couldn’t cut it.”

One way the 460-unit Hooters casual-dining chain attracts this talented labor pool is by mentioning on its web-site and other materials that Hooters has been around since 1983 and is growing.

“When people see turbulence they look for security,” she says. “They look for brands that are a steady bet.”

Jean Boland, vice president of human resources and leadership development for Focus Brands, also in Atlanta, says recruiters have to be creative in how they find laid-off workers.

“We take a grassroots approach,” she says.

The franchisor of 2,200 Carvel, Cinnabon, Moe’s Southwest Grill, Schlotzsky’s Deli, and Seattle’s Best Coffee units reaches out to churches and colleges. Churches often host networking functions for laid-off members, and colleges attract people who go back to school after a downsizing, Boland says.

One advantage of hiring laid-off workers is they can start immediately, says Alisha Welsh, recruiting specialist at U.S. Beef Corp, the Tulsa, Okla.-based franchisee of 263 Arby’s restaurants. In addition, operators can easily verify that workers were laid off through no fault of their own, she says.

“In most cases the employer says, ‘A tough decision had to be made,’” she says. “Also the applicant has a reference letter.”

He adds that the company is interested in hiring people laid off from retail jobs, too.

“A mix is important,” he says. “Salespeople are inclined to be people-people.”

Dave Craig, vice president of human resources for the 260-location Fazoli’s chain, says the Lexington, Ky.-based company recently conducted an employee engagement survey that revealed 20 percent of job applicants used to come from referrals, but in the last few months of 2008 that number increased to 43 percent. The survey also found that while historically 3 percent of applications came from customers, that number had grown to 7 percent. The percent of walk-ins who applied for jobs went from 15 percent to 27 percent, he says.

The information yielded by the survey allows the company to change the way it seeks workers, he says.

“We are not advertising, going to career fairs or using a recruiter, and rehires have gone down,” he says.

“While they will bring considerable expertise, enthusiasm and perspective into their new roles, the need for effective, patient and layered training will be great,” he says.

In the past, companies would try to hire the people who were not laid off, thinking that those were the more valuable employees. That thinking has changed, however, operators say.

“The paradigm on that has completely shifted,” says Boland of Focus Brands. “I look at someone who is not employed in a different way from two years ago.”

Welsh of U.S. Beef says she looks for a stable work history.

“I like to consider anyone who has expressed an interest,” she says. “If they had been somewhere for a while, great.”