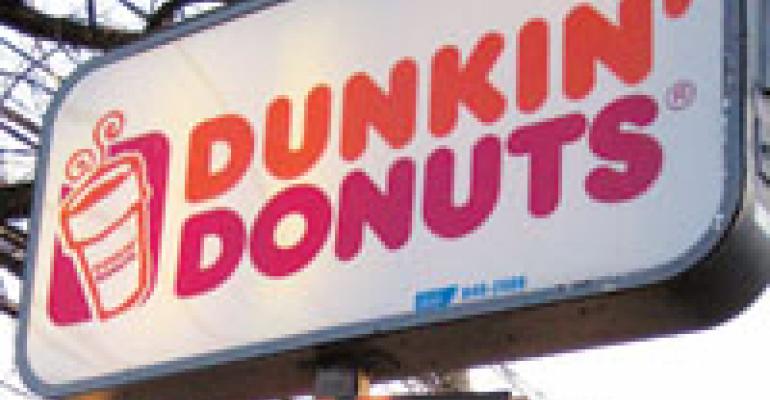 One of America’s wealthiest men recently became a Dunkin’ Donuts franchisee, but the franchisor had relatively little to do with the deal. Instead, an outside company that the chain’s franchisees use to help them sell their units qualified and sold 15 Manhattan stores and an expansion territory to multibillionaire real estate magnate and Seagram Liquor heir Matthew Bronfman.

In the same vein, franchisees of the 940-unit Auntie Anne’s gourmet pretzel chain can tap into their intranet site to customize and print-out new menus, coupons, kids’ puzzles, and dozens more marketing and promotional items created by an outside multimedia firm.

And not too long ago, Buffets Inc. and Famous Dave’s BBQ were neck-deep in underperforming units that had expensive leases. But it was not their real estate departments that talked to the landlords about better lease terms, it was an outside specialist on retainer.

Prompted by the slowing economy and improved technology, restaurant operators big and small are embracing a new era of outsourcing and contracting with outside experts to handle bottom-line-sensitive and customer-relations-oriented activities that once were overseen only by in-house departments.

While restaurant companies long have outsourced such support departments as human resources, benefits administration, risk management, information services, architectural services, janitorial services and property maintenance, the new wave of outsourcing includes the farming out of front-line functions that directly affect profitability, the success of franchisees and customer satisfaction. Activities like site selection, multimedia marketing and promotions, lease discussions, and even finding and qualifying franchisees are being outsourced more.

“There are just so many things operators used to do in-house that they no longer have to staff up for,” said Mark Leibman, senior director of programs and services for the National Restaurant Association. “There are so many technological solutions that enable e-mail marketing, menu planning and more, that it just makes sense that operators are outsourcing functions, often Internet-enabled, so they can concentrate and make better decisions for running the business.

“As the recession grows, I think demand for outsourcing will increase. I mean, what’s better when times get tough: paying a monthly fee or annual retainer to a specialist or paying salaries for a full-time staff?”

Owners of the 170-unit Marco’s Pizza chain in Toledo, Ohio, have spun off the 30-year-old company’s franchising department into a new independent company that will work exclusively for the brand to handle every aspect of its franchising.

Because the chain’s goal is to become a 1,500-unit system in the coming years, the creation of Marco’s Franchised Services allows executives to focus on strategy, brand image and growth without the overhead of managing a franchised sales force, said Bryon Stephens, vice president of new business development, and Cameron Cummins, vice president of marketing and franchise sales for MFS.

Although Marco’s Pizza president Jack Butorac—a principal investor who bought the brand in 2005—has a small equity stake in MFS, it’s Cummins and Stephens who will largely direct MFS. While all royalty and initial investment fees still flow to Marco’s Pizza, MFS gets a percent of every franchise sale, royalty and initial investment. Only 20 Marco’s units are corporate-owned.

“We think establishing MFS as an outside, unrelated franchised company working for Marco’s Pizza is a great way for the brand to focus on the strategy of growth without the capital investment, and it lowers the learning curve,” Cummins said. “Plus, in a typical scheme in most restaurant chains, a franchisee is brought into the system and instantly passed on to operations. We will be with that franchisee for the life of his business in the system.”

Another company that has outsourced its franchise operations is Bahama Bucks, a 41-unit Lubbock, Texas-based tropical-theme smoothie concept.

Blake Buchanan, president and founder of Bahama Bucks, contracted with Waco, Texas-based The Findlay Group in January to help grow the brand. The Findlay Group shares a portion of the initial franchisee investment fee and the royalties for as long as the operator remains in the system.

“Whether the recession was on or this was boom times, I think we still would have done this,” Buchanan said. “It allows us to focus more on branding, product identity and franchise support.”

David Stein and Ken Stein (no relation), the principals in the New York-based Kensington Company that brokered the Dunkin’ Donuts deal with one of Bronfman’s holding companies in January, say their business is booming as more and more franchisors outsource their franchise sales departments.

Even though prospective franchisees sign confidentiality agreements before seeing operational details about units they are considering, Ken Stein said one of the toughest aspects of his business is allaying sellers’ fears that their staffs could be raided by other operators looking for talent.

“But at the end of the day, when you are talking $10 [million] to $20 million deals, somebody has to get undressed,” he said.

“This is not something we directly control, as franchisees may sell their business, subject to approval of the buyer by the Brand,” a Dunkin’ spokesperson said.

Operators note that the Internet has made it easier to outsource marketing and customer data profiling functions. Heather Neary, director of marketing for Auntie Anne’s pretzels in Lancaster, Pa., says the company uses BrandMuscle of Cleveland to provide a comprehensive menu of multimedia, Internet-enabled products for the chain’s franchisees to use for local advertising and promotion.

“We consider them an online tool box, with 130 coupons, flyers, corner cards, calendars, activity sheets, kids’ puzzles and business cards to help our operators run their business,” she said. “If it were not for the Internet, there’s no way we could have done this in-house.”

Scott Shaw, president of Arlington, Va.-based Fishbowl, which helps restaurateurs craft and send e-mail marketing messages to guests, said about 700 food-service companies representing some 28,000 restaurants—including Not Your Average Joe’s, Au Bon Pain and Bennigan’s—are among the clients that have reduced marketing expenses or staff.

Lease negotiation and renegotiation also are functions formerly handled at headquarters that increasingly are being contracted to outside specialists.

Asked why company leaders and founders would want to give up a specialty that at one time they took great pride in managing themselves as savvy operators, Tom Mullaney, a principal of the Sacramento, Calif.- and Chicago-based firm Huntley, Mullaney, Spargo and Sullivan—specialists in helping chains restructure debts and bad leases and the company that helped Buffets Inc. and Famous Dave’s BBQ—had a simple answer.

“Restaurant real estate guys are like quarterbacks,” he said. “They’re offensive ball players whose job is to open a new unit on time, on budget and move on, and they are good at that. We are the defensive players who have to say to the landlord when things are not working out: ‘Hey, this site is not working, the lease is too high and we need a more realistic relationship if we’re going to make it.’”