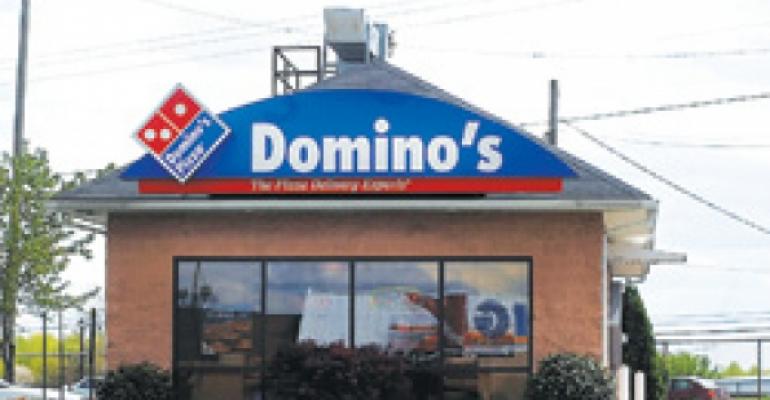 ANN ARBOR Mich. Domino’s Pizza Inc. discovered earlier this month that the networked world of 2009 not only instantly elevates misdeeds to previously unimaginable heights of visibility, but also interjects itself into the resulting crisis management process. —

Even as officials at the 8,700-unit pizza chain fought to mitigate the fallout from a video of franchised restaurant employees contaminating food, the executives’ actions were simultaneously relayed and scrutinized. —

“The difference between today’s world, and just last week’s world, or last year’s world [is this]: In that old world we could have addressed an issue and taken care of it—fought a [communications] fire, if you will—then the next day talked about it,” said Tim McIntyre, Domino’s vice president of communications. “But in this new world, it is almost as if people want you to have a microphone pinned to your shirt, and they want you to talk while you are fighting the fire. They want you to talk about what you are doing and how you are doing it, and they are analyzing you and listening to you, and they are critiquing you in the middle of it.” —

McIntyre’s remarks were in reference to the near nonstop stream of requests for updates about the video controversy that erupted late Monday, April 13, from online journalism sites, the blogosphere, cable and television news outlets, and print reporters that were pressured by new media to accelerate their production cycles. —

By Wednesday, when several aspects of the case had been resolved, hundreds of thousands of people, if not millions, had seen the video made by workers at the franchised Conover, N.C., Domino’s Pizza restaurant. They had viewed the multimedia snippet besmirching the reputation of the chain with about 5,000 U.S. and 3,700 overseas outlets either on YouTube, which eventually pulled the file; other Internet sites, including news Web pages; or on television. —

To counter damage from the video, Domino’s USA president Patrick Doyle made his own video and declared the incident “isolated.” He said the Conover unit had been “shut down” and “sanitized,” as “there is nothing more important to us than our customers’ trust.” —

The two employees claim the contaminated food was not served, but Domino’s takes the incident “incredibly seriously,” Doyle said. —

The Domino’s franchisee in Conover fired the two workers, who later turned themselves in to Conover police to be booked on a felony charge of distributing prohibited foods. They were identified in news reports as Kristy Lynn Hammonds of Taylorsville, N.C., and Michael Anthony Setzer of Conover. —

Their video showed a Domino’s worker stuffing cheese in his nose before putting it on a sandwich, among other acts. —

Domino’s response to the initial video was fodder for much online and in-print discussion. —

Some bloggers suggested Domino’s management was slow to react, while others praised the chain for initially trying to resolve the matter by asking websites to remove the video. The company also directly responded to related consumer and media calls, letters and e-mails. That approach was in contrast, some bloggers and McIntyre suggested, to one in which the restaurant company immediately posted website statements and issued mass-media press releases that may have created negative impressions on millions of consumers who otherwise would not have become aware of the video. —

Mainstream news organizations, such as Ad Age through its print, online and electronic newsletter operations, solicited or fielded reactions to, or advice about, the situation from marketing and public relations authorities. —

McIntyre readily admits that the franchisor had to change its strategy for disseminating information about the video as the number of views began to spiral upward. He added that the company realized that the amount of video-related ‘tweets’ on the social-networking site reached a point where Domino’s felt it had to provide its Twitter followers with the informational ammo they needed to spread the word that the chain was on top of the situation. But Domino’s response to the YouTube video was not business as usual for a major corporation, said McIntyre, who added that everyone from the traveling chief executive on down was kept apprised of developments. —

“All of this was done very quickly,” he said. “These were not big, scheduled meetings in boardrooms. These [decisions sprang] from a phone call here, an e-mail there, from somebody popping into an office and saying, ‘I think we need to do this.’ It was very free-form and very organic. —

“Once we saw that the video was closing in on 350,000 views, we said, ‘You know what? We need to hit the YouTube audience with a video of our own.’” There are indications that Domino’s response video yielded positive results. While the chain’s “buzz” rating among consumers, as measured by YouGovPolimetrix’s online BrandIndex survey, fell from 22.5 on April 10, to 13.6 four days later, it rebounded somewhat on April 15 to 15.3, possibly reflecting reaction to the Doyle video. —

However, YouGovPolimetrix sources said, Domino’s BrandIndex “quality” rating dipped from 5 on April 13 to -2.8 the next day and fell further to -3.9 on April 15. The incident’s impact to Domino’s sales is yet unknown, McIntyre said. —

“Right now it is hard to tell,” he said. “We have not seen any kind of short-term devastating dip. Business is strong. I think it all comes down to the fact that people recognize that Domino’s did not do this. It was done to us.” —