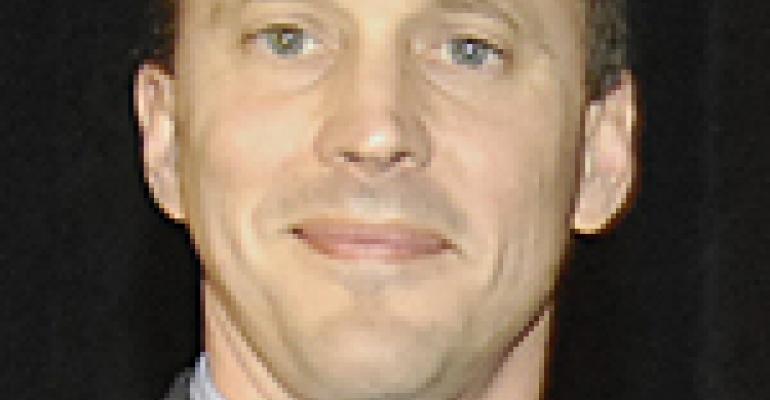 ANN ARBOR Mich. Domino’s Pizza has rebuilt the foundation under its proprietary Pulse restaurant technology, saying the new architecture is more secure, reduces downtime in system failures and costs less to own.

Pulse is Ann Arbor-based Domino’s custom software supporting point-of-sale and in-restaurant management functions. Officials of Domino’s Pizza Inc., parent of the delivery pizza chain with about 8,700 branches worldwide, have credited Pulse with making it easier to launch marketing and service initiatives, such as Pizza Tracker and TiVo ordering.

Apart from franchising the Domino’s concept to others, DPI operates about 490 of the brand’s domestic locations.

To date, more than 2,200 of about 5,000 U.S. Domino’s branches are using the new technology known as Pulse Evolution, as are about 200 of 3,700 international outlets, according to DPI executive vice president and chief information officer Chris McGlothlin. He said he expects Pulse Evolution, which relies on multiple software products from Microsoft Corp. of Redmond, Wash., to replace the first-generation Pulse, or Pulse Classic, in most system stores by the end of 2010.

The use of Pulse Evolution is optional for Domino’s franchisees, but the chain is not flexible about their compliance with Payment Card Industry Data Security Standards. Those standards are intended to prevent consumer identity theft and credit card fraud, and they are one reason DPI believes Pulse Evolution will be widely adopted in short order.

“We require our franchise stores to be PCI [DSS] compliant,” McGlothlin said. “We thought this [Pulse Evolution] is the easiest path to get there.”

In a written statement about the new technology, McGlothlin said Domino’s “strives to make every customer a loyal customer and needed the right tools with the lowest possible startup and maintenance costs to back our efforts.” He added: “Microsoft’s complete solution and superior cost of ownership proved to be the best choice for our business model.”

The end result of lowering the cost of store-level technology, the CIO said, is that “our franchisees have been able to invest in other areas of the business, most notably in our menu expansion of oven-baked sandwiches.”

Pulse Classic was configured in a “thick-client” manner. This architecture requires every workstation in a restaurant to be a fully functional personal computer with a hard drive running Microsoft Windows 2000; these “thick” workstations are networked to a more powerful server PC running Windows 2000 Server software.

McGlothlin said the Pulse Evolution strategy calls for operators to keep a backup server in the store. Should the server in use fail for any reason, the backup can be put in place and running restaurant technology in less than 30 minutes, he said.

The lower processing power required by Evolution’s thin-client devices and the absence of a hard drive and powered fan make such devices less expensive than a standard PC and more reliable.

“Evolution is cheaper than the Classic system due to using thin clients instead of more expensive thick clients on the front line and at the makeline and dispatch stations,” McGlothlin said, adding that the chain preferred not to disclose the actual dollar amount of the savings, as that information is “confidential.”

The potential for enhanced reliability from solid-state terminals could be “a huge win” for Domino’s operators given that their hardware is located in an environment where liquids are poured and “cornmeal is flying,” McGlothlin said.

Another “key benefit” of Evolution, he said, is the way it results in “enhanced ease of ensuring Payment Card Industry [Data Security Standards] compliance.”

McGlothlin explained that with Pulse Evolution, Domino’s Pizza Inc. information technology staff uses Microsoft’s System Center Configuration Manager “to push Pulse packages and operating patches to the stores for both corporate and franchise [outlets].” The ability to push out such patches easily from headquarters, along with the elimination of multiple hard drives per location with the move to thin-client architecture, makes Evolution a smart move when it comes to meeting PCI DSS requirements, he indicated.

“We had up to eight hard drives in [a] store,” McGlothlin said of the hardware deployed in some higher volume Domino’s units using Pulse Classic. “To be PCI compliant, every drive had to be patched and monitored,” he added of the IT administrative challenge posed by the old thick-client scheme.

The move to a thin-client system means “there is really only one machine in the store to patch and monitor, which can drastically reduce overhead and the management burden,” said McGlothlin.

“Microsoft’s ability to construct a retail licensing model that encompassed the corporate and franchise stores” in ways that work for both camps was another aspect of Domino’s “outstanding” partnership with the software company, he noted.

IBM has been a key ally in deploying Pulse Evolution, McGlothlin said, as the Armonk, N.Y.-based vendor has been responsible for procurement, staging and deployment of the next-generation system.