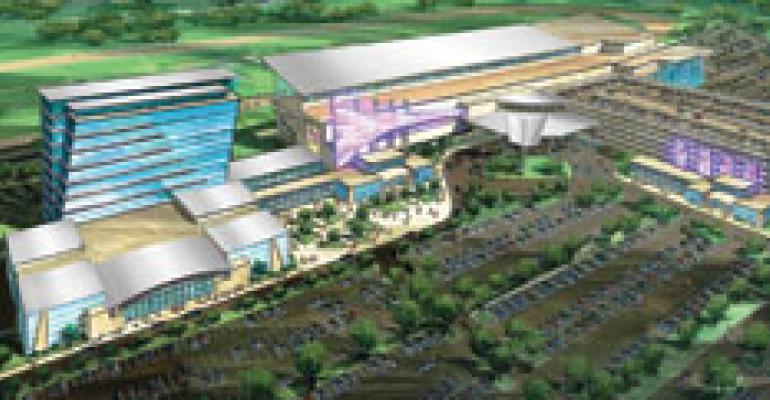 NEW YORK Delaware North Cos. said it won the right to turn Aqueduct Race Track into a racino, or a combination racetrack and casino operation, that will feature several restaurants, 4,500 state-of-the-art slot machines, an events center, conference hall, hotel and retail outlets. —

“We are certainly pleased that Gov. Paterson and Assembly Speaker Sheldon Silver selected us for this incredibly important and exciting project,” said William Bissett, president of DNC’s gaming and entertainment division. “We remain confident that we are the right choice to develop a world-class destination that will bring much-needed economic development support to the community and the state.” —

DNC officials said the Buffalo, N.Y.-based company will make an initial payment of $370 million to New York state, plus an additional investment of $250 million to construct the racino and a further $200 million investment to build the hotel, retail, conference and events centers. —

The project will be built in partnership with Coral Gables, Fla.-based Peebles Corp., reportedly the largest African-American real-estate-development company in the country specializing in urban redevelopment. —

Foodservice plans call for the construction of a 25,000-square-foot, 600-seat buffet facility, Italian and Asian full-service restaurants, and a steakhouse. The build-out is expected to take more than a year to complete. —

DNC officials said the events center would feature a 3,000-seat auditorium as a venue for shows, seminars, concerts and boxing matches. The conference center would be designed to accommodate weddings, social functions, and corporate and community events, and the full-service hotel would house a 3,500- to 5,000-square-foot, branded spa and fitness center. —