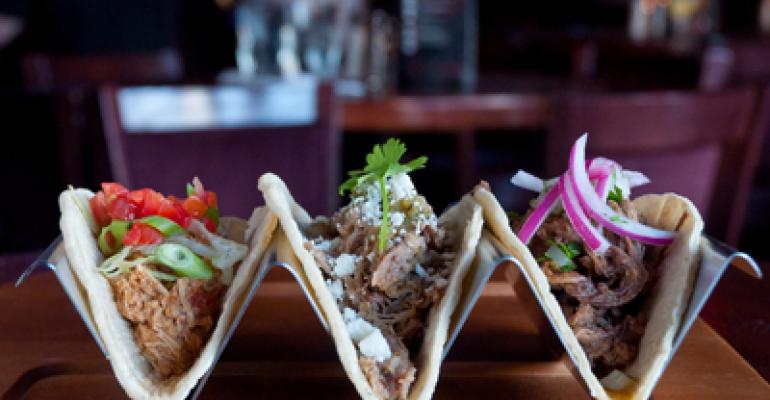 Del Frisco’s Restaurant Group will unveil Sully’s Side Bar, a tacos-and-tequila version of its Sullivan’s Steakhouse, in Austin, Texas, on Aug. 31, the company said Wednesday.

The Side Bar measures 1,542 square feet, seats 86 customers, and will feature a Mexican-influenced menu with boutique tequilas and local beers. The establishment is attached to the Austin Sullivan’s location and will be open for lunch, dinner and late-night guests.

“Creating this menu has been a great experience, reminding me of the days I spent learning to cook with my grandmother in Juárez, [Mexico]. She is the reason I started cooking in the first place,” Garcia said.

The bar will feature crafted cocktails and local beers and spirits, such as Tito’s vodka. The bar serves as the centerpiece of the restaurant, which also has leather-clad booths and ample indoor seating, complete with two eight-seat community tables. Large rolling doors slide sideways, allowing for the area to be opened to the outside in good weather.

Sully’s Side Bar menu prices will range from $4 to $11, a company spokesman said.

The Southlake, Texas-based restaurant group recently opened its first Del Frisco’s Grille, a smaller, more casual version of its upscale flagship steakhouse, in New York City on Aug. 20. It plans to open four to six more units of that concept over the next year, Del Frisco’s chief executive Mark Mednansky told Nation’s Restaurant News last week. The company has no immediate plans to expand Sully’s Side Bar, a spokesman said.