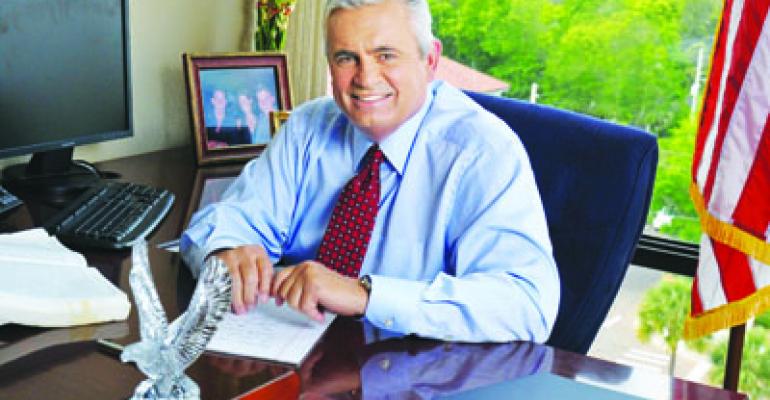 Restaurant veteran Craig S. Miller officially tossed his hat back into the political ring Tuesday when he announced that he would run against Bill Nelson, D-Fla., for his Senate seat.

Miller, the former president, chief executive and chairman of Ruth’s Chris Steak House Inc., had made an unsuccessful bid for Congress in 2010 when he ran for the congressional seat in central Florida. He came in third in a five-way GOP primary race.

“As someone who’s been in the restaurant business for 40 years, I’ve learned first-hand that if you’re going to be successful, you have to listen — and take care of — both your employees and your customers,” said Miller in a statement.

“As such, I’ve met with and listened to Floridians across the state who tell me government is too big, too intrusive, takes too much of their hard-earned money, spends their money wastefully, and is hurting the economy and destroying jobs.”

Miller is the second restaurant executive currently making a bid for national political office. Herman Cain, the former chief executive of Godfather’s Pizza and also a Republican, announced his candidacy for President of the United States earlier this year.

Miller said that Nelson, the 40-year incumbent, is out of touch with his constituency. “Voters also tell me they are fed up with a government dominated by career politicians who’ve never worked a day in the private sector and are completely out of touch with Main Street,” Miller said.

Miller, a Vietnam veteran who began his restaurant career washing dishes, also has served as president and chief executive of Furr’s Restaurant Group and Uno Restaurant Corp. He was voted Nation’s Restaurant News Operator of the Year in 2007.