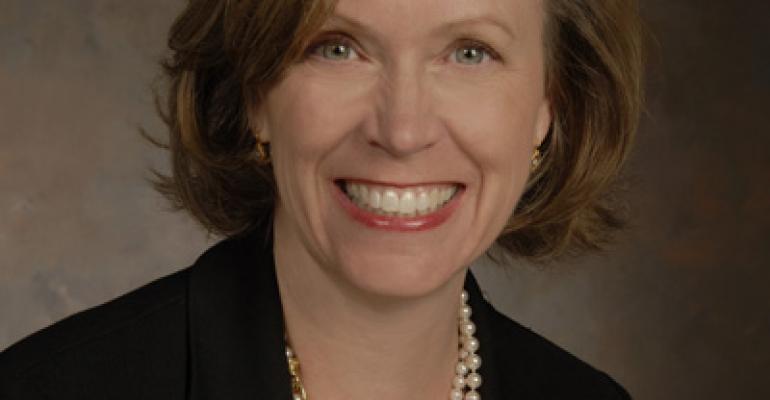 The moves will become effective Sept. 12, the company said Monday, and are part of Cracker Barrel’s succession plan and turnaround strategy it has had in the works for two years. Cracker Barrel is based in Lebanon, Tenn., and operates more than 600 family-dining and retail outlets.

Cochran, who has served as chief operating officer since November 2010, will also become a board member when she takes on her new chief executive post. She began her career with Cracker Barrel in April 2009, as executive vice president and chief financial officer. Cochran was also the former chief executive at Books-A-Million, the retail book store chain.

“These changes are the outcome of a deliberate succession process over the past two years to prepare Cracker Barrel to continue the successes of the past five years under a new generation of leadership,” Woodhouse said in a statement.

Brad Ludington, an analyst with KeyBanc Capital Markets Inc., said in a report to clients he was encouraged by the appointment of Cochran as chief executive.

“We believe she has been successful in her prior [Cracker Barrel] roles of chief financial officer and chief operating officer and further believe that she could help re-energize the company’s turnaround efforts …” Ludington wrote Monday.

The personnel changes at Cracker Barrel follow the company’s appointment of Lawrence Hyatt as chief financial officer in January. Cracker Barrel also said Monday that James Bradford, dean and Ralph Owen professor for the practice of management at Vanderbilt University’s Owen Graduate School of Management, will become a board member. He is the former president and chief executive of United Glass Corp. Bradford also previously served as president and CEO of AFG Industries Inc.

Cochran served for five years as chief executive of Books-A-Million, beginning in 2004. She also served as that company’s president from 1999 to 2004, and as its chief financial officer from 1993 to 1999. Cochran holds a chemical engineering degree from Vanderbilt University and a master of business administration from Pacific Lutheran University. Following graduation from Vanderbilt, she entered the United States Army where she served as a captain in the Ninth Infantry Division.