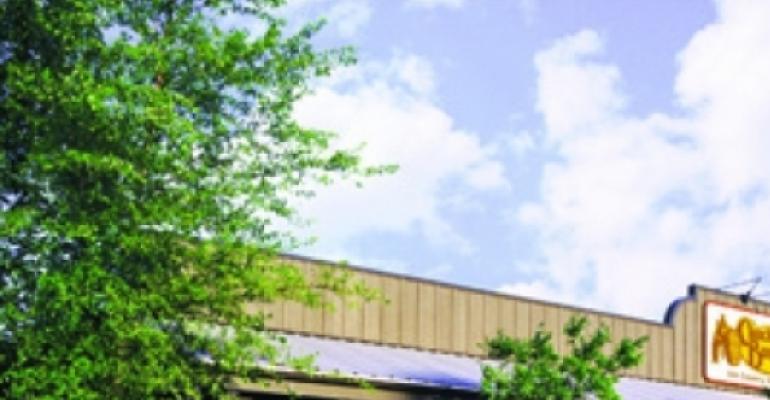 Biglari and his San Antonio, Texas-based Biglari Holdings Inc., parent to the Steak ‘n Shake and Western Sizzlin restaurant chains, have been locked in a battle with Lebanon, Tenn.-based Cracker Barrel since last year, when shareholders rejected Biglari’s bid for a board seat.

In that December vote, Cracker Barrel shareholders also rejected a 10-percent poison pill that the board had approved. The company on Tuesday said the new provision would take effect if any shareholder accumulated a 20-percent stake in the chain.

Biglari, who had about 9.9 percent of Cracker Barrel shares before that December vote, has since brought his stake to more than 16 percent.

“The board’s action is in response to Biglari Holdings’ continuing open-market acquisition program of Cracker Barrel shares, which has brought current ownership to over 16 percent and the resulting possibility that Biglari Holdings could accumulate an even more substantial and potentially controlling position in Cracker Barrel through market purchases that do not reflect a control premium offered to all shareholder,” Sandra B. Cochran, Cracker Barrel’s president and chief executive, said in a statement Tuesday

The poison pill, or shareholder rights plan, would bar any investor from increasing a stake beyond 20 percent without diluting the value of the shares. The rights plan is effective immediately, but it must be approved by shareholders later this year.

“Unlike the rights plan that Cracker Barrel adopted in September 2011 with a 10 percent triggering threshold, and which expired after Cracker Barrel shareholders voted against the plan at the 2011 annual meeting, this new rights plan has a 20 percent triggering threshold that is fully consistent with the guidelines of Institutional Shareholder Services and that we believe contains the attributes looked for by most leading institutional investors,” Cochran said.

A spokeswoman for Biglari Holdings said the company would have no comment.

Cracker Barrel has 612 restaurants in 42 states.