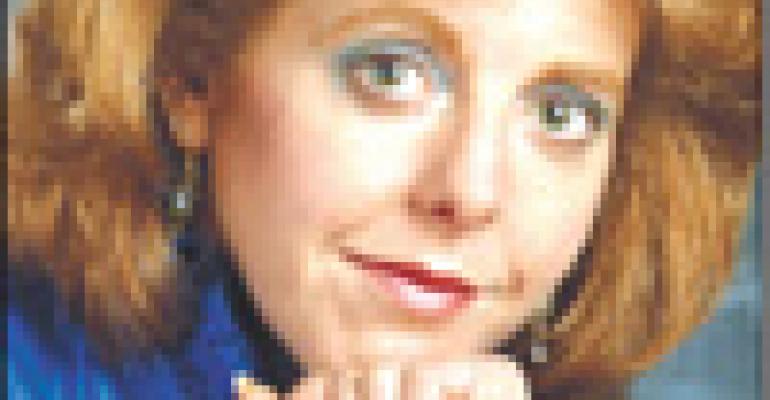 Nowhere is the momentum to support farm-to-table practices stronger than in corrections. Though many corrections facilities and statewide systems have long managed farms, more effort than ever is being made today to incorporate food grown on the farms into the meals served to inmates, as well as to corrections officers and staff.

“Using food grown on the farms offers great potential for controlling costs on food purchases,” said Barbara Wakeen, principal of Correctional Nutrition Consultants and chair of the American Correctional Food Service Association’s, or ACFSA’s, Dietitians in Corrections group. “It also helps foodservices provide fresher food for their programs, which assists them in meeting nutrition standards and guidelines. Another benefit of the farms is to provide work for inmates by giving them a positive sense of well-being and the satisfaction that they are producing something healthful.”

Inmates’ nutrition intake, just like that of the general population, is under greater scrutiny as medical care costs rise. More stringent sentencing has resulted in a larger percentage of older inmates with more medical needs. In addition, many incoming inmates have nutrition-related health problems due to lifestyle, drug use and lack of nutrition education.

In Georgia, 43 percent of the food served to 60,000 inmates in 86 facilities is grown on the Department of Corrections’ eight farms comprising 14,136 acres. Norman Wilson, director of Food and Farm Services, said his goal is 50 percent. The farms produce 100 percent of the beef, pork, eggs and milk used by Georgia corrections foodservice. They also produce a variety of fresh vegetables and seasonal strawberries, blueberries and blackberries. Many of the vegetables are canned at a plant operated by Food and Farm Services and incorporated into the program as needed throughout the year. This year, 25 percent more fresh produce was added to menus.

“The menus are a continual evolution,” Wilson said. “The staff dietitian includes more fresh items to add variety and also help eliminate the growing need for medical diets. We have an aging prison population, and we want to do something long term to reduce health costs.”

Thanks to the use of the farm products, Wilson’s operation prepares inmate meals for $1.53 per day. When equipment, transportation, warehouses and personnel are factored in, the cost is $2.94 per day.

“No doubt this saves taxpayers money, but the food quality is also high, which is very important,” Wilson said.

Food produced on the farms is transported to a central warehouse before distribution to the individual facilities. Storage and transportation limit expansion of the farm-to-table program. In the future, Wilson said, he’d like to have the capability to freeze produce. Only processed beef, pork and chicken is currently frozen at the Food and Farm Services’ operations.

In Texas, the farm-to-table ethos is an integrated, essential part of the foodservice program.

“We’ve been using sustainable practices for years,” said C.F. Hazlewood Jr., director of agribusiness, land and minerals for the Texas Department of Criminal Justice. “Texas has the largest integrated farm operation in the country.”

The farms produce about 43 percent of the food used in the meal programs for 153,000 inmates at 106 facilities. The farms supply 100 percent of the eggs and pork for meals, as well as most of the fresh vegetables. During the past three years, under Hazlewood’s direction, 1,700 acres that weren’t being used were turned into gardens. Farm products are taken to central warehouses in each of six regions before being transported to individual facilities. A TDCJ plant cans 300,000 cases of vegetables annually.

Organic farming isn’t used at any of the TDCJ’s farms.

“Organic practices have no advantage for us,” Hazlewood said. “We don’t need the herbicides others need because we have inmate labor to work in the fields.

“The only thing holding us back from expanding our use of farm-grown and -raised products are limited storage and processing facilities.”

“They like to work outside and do something productive and constructive,” he said. “They find it satisfying to know that they eat the food they grow.”

Maintaining the high quality of the eggs, meat and produce that comes into the foodservice department is top priority, but proper handling and preparation is also crucial to achieve tasty, nutritional menu items. Culinary arts instructors from Lee College currently work with full-time and inmate staff in TDCJ’s kitchens. The quality of the meals has “definitely improved,” Hazlewood said.

Hazlewood and Wilson advise others getting involved in farm-to-table programs to take advantage of the expertise available from state agriculture extension service offices. The biggest mistake is to try to grow things not suitable for a particular region of the country, they said. Also, it’s important to coordinate farm production with the foodservice’s ability to produce products. No doubt the on-site and restaurant industry has a lot to learn from corrections about sustainable practices. Help and support may be closer than it seems.