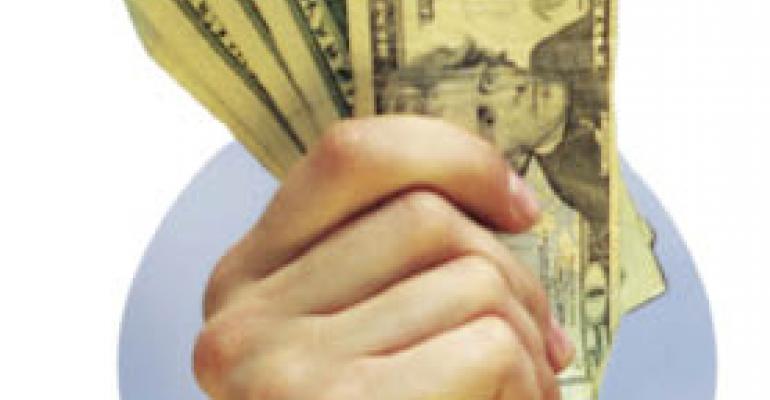 Recent consumer trends research points to signs of strengthening health in the restaurant industry, both in terms of sales and traffic growth, and what customers are seeking on the menu. Reports from industry watchers and financial and brand analysts show that restaurant guests are expressing a greater willingness to spend their discretionary income at foodservice outlets that they deem to be convenient and full of quality options.

The NPD Group, a Port Washington, N.Y.-based consumer research firm, said guest counts began looking up for the restaurant industry in the second half of 2010, as traffic for all foodservice was flat in the fourth quarter compared with the 3-percent industrywide decline in the last three months of 2009. For the quarter, traffic increases of 1 percent at quick-service locations and 3 percent at fine-dining restaurants were offset by guest count decreases of 3 percent at midscale units, and 2 percent at casual-dining concepts, noncommercial and on-site restaurants.

A key contributor to increases in total restaurant spending was improving “non-deal” traffic trends, or visits to restaurants that don’t involve a coupon or deal, said NPD restaurant industry analyst Bonnie Riggs. Non-deal visits rose 1 percent in the fourth quarter, while deal traffic was flat after increasing in previous quarters.

Riggs expressed concern that steadily rising gas prices, which have hit $4 in some markets this month, could derail the industry’s traffic and sales momentum.

“It’s going to take us another year-and-a-half to two years to get back to the 61 billion or so annual visits to restaurants we had prior to the recession,” she said. “Now we’re starting to see these things looming, and it’s like, ‘Here we go again.’ Just because non-deal traffic is picking up, we can’t move away from giving deals or incentives; it has to be gradual. That’s especially true for young people, age 18 to 34, who are the heaviest restaurant users but also have the highest unemployment rate.”

The Global Brand Simplicity Index, conducted by branding firm Siegel+Gale and comprising responses from more than 6,000 survey respondents worldwide, found that the largest restaurant brands boost their traffic and sales by facilitating easy, convenient transactions. McDonald’s, KFC, Burger King, Pizza Hut, Starbucks and Subway made the top 10 of the index.

The authors of the study said those brands “not only make it easy for people to get food, but also communicate clearly what they offer.”

“They are focused, don’t overwhelm you with choices and give you the sense that they are a good value within their particular niche,” the report said. “Locally customized menus also help.”

The survey found that between 7 percent and 17 percent of U.S. consumers would pay 5 percent more for simpler products, experiences and interactions within the restaurant and entertainment industries.

The number of consumers who reported that they would spend less eating away from home in the next 90 days fell to 24 percent of respondents in February, compared with 25 percent in January.

RBC analyst Larry Miller wrote in a research note that restaurant same-store sales would continue to track in the positive low-single digits in the second quarter due to these spending patterns.

“Improving comp-store sales is a central tenet of our thesis, as we expect there to be a long-lasting period of comp-store sales stability due to supply reductions and traffic gains as the economy recovers,” Miller wrote.

A report from Chicago-based Technomic said “premium” and “natural” descriptors promoting beef and pork on menus resonate with consumers. The research firm’s “Center of the Plate: Beef & Pork Consumer Trend Report,” which surveyed more than 1,500 consumers, found that nearly two-thirds of restaurant customers said they think beef and pork products labeled with descriptors like “grass-fed,” “lean,” “organic” or “natural” will taste better than beef and pork dishes that don’t carry those designations.

Technomic found that health concerns are the No. 1 deterrent to eating meat among consumers who don’t eat meat regularly.

Mintel, a market research firm also based in Chicago, found that healthful menu items provide restaurateurs an opportunity to build sales, particularly at breakfast. The firm’s latest consumer survey projected a 4.1-percent increase in total breakfast sales in 2011, and two-thirds of respondents to that survey said they want more healthful options during the morning meal at restaurants. Another 50 percent of respondents said convenience is an important factor in selecting a breakfast spot.

Mintel found that during the week, breakfast sandwiches are the most popular choice, selected by 42 percent of restaurant goers. On weekends, platter meals are the favorite, chosen by 43 percent.

“In a perfect world,” said Eric Giandelone, Mintel’s director of foodservice research, “restaurants will want to focus development efforts on how to provide patrons with easy, healthy and flavorful breakfasts that are not cost prohibitive.”