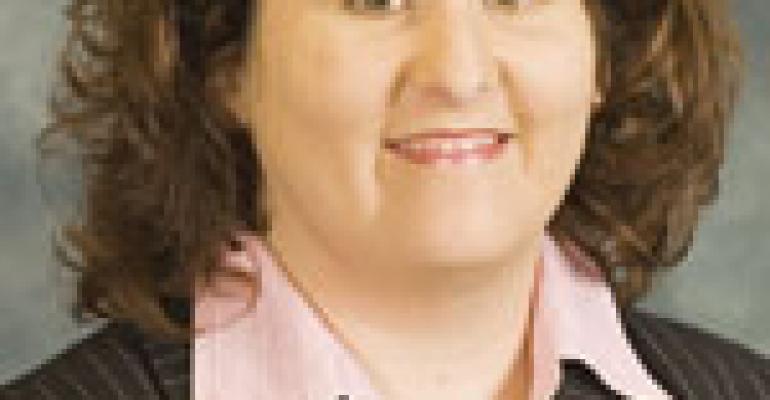 The United States is divided over many issues, but food safety isn’t one of them.

Everyone favors safe food. And recent scares related to deadly strains of E. coli in products ranging from beef to spinach; a far-reaching salmonella outbreak whose exact origins were never determined; and now fears of milk products from China being contaminated with the toxic industrial chemical melamine, have contributed to a state of unease about the food supply and stepped-up efforts to address those concerns.

“We have a consumer confidence crisis,” says Donna Garren, the National Restaurant Association’s vice president for health and safety regulatory affairs. “This really should be both Democrats and Republicans working together for a solution.”

“Everybody agrees that we need some reforms to food safety, and to [the] FDA specifically,” says Michelle Reinke, the NRA’s director of legislative affairs.

The Food and Drug Administration is responsible for about 80 percent of the food eaten in the United States, Garren says.

Yet, she says, the FDA has “considerably less resources” than the U.S. Department of Agriculture, which also has food safety responsibility.

“Clearly, we need to put our money where our mouth is and make sure that the people that are regulating our food have not just the people, but the funding and technology resources [to do so],” she says.

Garren notes that some food safety laws haven’t been updated for nearly a century and they can hinder our use of modern techniques and technology to prevent, detect and stop outbreaks of foodborne illnesses.

She adds that one reason we see more multinational outbreaks is that we now have the ability to see how some illnesses are linked—that one person’s stomach pains could be part of a widespread infection.

“Technology has made us able to find that it’s not just a tummy ache,” she says. “We can diagnose what those issues are and understand them.”

And Congress knows that, Reinke says, noting that the nation’s legislature has held at least 10 hearings this year on specific lapses in our food safety system, such as the recent salmonella outbreak that implicated a variety of produce as it sickened more than a thousand people.

“They’ve been looking very closely at what’s going wrong and why [the] FDA, in particular, needs some reform,” she says.

The main bill in the House of Representatives, introduced in April, is the Safe Food Enforcement, Assessment, Standards and Targeting Act, also known as the Safe FEAST Act.

If signed into law, the bill would require that all imported goods adhere to the FDA’s safety and quality standards for domestic products. It would also give the FDA authority, for the first time, to order recalls that would remove adulterated products from the food supply. In addition, it would give the agency access to food safety records during emergencies and the ability to deny importation of goods that don’t meet food safety standards.

Safe FEAST also would require all companies selling food in the United States to conduct risk analyses to identify potential sources of contamination, outline plans to control such contamination and address the risks of food-borne illness.

Finally, it would establish new standards for high-risk fruits and vegetables, such as tomatoes, cantaloupe and lettuce, and mandate nationwide guidelines for all produce.

Currently, “you have basically 3,200 jurisdictions in this country,” Garren says, noting that in some cases food safety regulations are statewide, but sometimes authority is left with the counties.

That makes patterns of unsafe foods more difficult to detect because inspectors look for different things in different jurisdictions.

With national standards, “if we look at results in Miami and L.A., we can compare what’s going on,” she says.

In July, what Reinke calls a “placeholder bill,” was introduced in the Senate by Democrats Tom Harkin of Iowa and Chris Dodd of Connecticut and Republican Lamar Alexander of Tennessee. Like the Safe FEAST Act, the Senate’s FDA Food Safety Modernization Act also gives the FDA authority to set commodity-specific standards for fresh produce and to issue mandatory recalls, requires imports to meet U.S. food safety standards, and makes food companies perform risk assessments. In addition, it increases funding for the FDA’s food safety activities, partly through targeted user fees, and mandates a pilot project to test and evaluate new methods for tracking and tracing back the origins of foodborne illness outbreaks.

Reinke notes that whoever is in the White House will have an impact on Congress’ agenda, “but it’s clear that Congress is going to act” with regard to food safety.

“Once they get going at the beginning of next year we’ll very quickly see these bills introduced,” she says.

Although everyone agrees on the need for reform, legislators are divided on who is going to fund it. Some law-makers favor a general fund from taxes; others favor a fund supplemented by user fees as proposed in the current Senate bill.

“I think from the NRA’s perspective, we’d like to see food safety funded through the general appropriations process,” Reinke says.

Another area of debate is the role of the private sector.

Reinke says many in the food industry, including the NRA, as well as consumers and many legislators want the FDA to have mandatory recall authority.

“The NRA would like to see companies be given the opportunity to voluntarily recall the product,” she says, with the government stepping in if they fail to issue the recalls themselves.

Congress might examine other strategies for improving the safety of the food supply. Last year, Congress mulled the notion of creating a super agency to look after food safety, consolidating functions now handled by more than a dozen government departments. Those plans fell through, however, and that’s fine with Dave Theno, who recently retired as senior vice president and chief product safety officer of Jack in the Box. He says he thinks dismantling agencies and building a new one would actually degrade food safety for two or three years.

“Everyone would have new jobs and be distracted and posturing,” he says. “These agencies have had issues, but they’ve done OK.”

But he adds that although the FDA and USDA set standards, “they don’t really make food safer.” That’s the job of manufacturers, and even the USDA’s already significant presence in plants “can’t deter every last issue that can happen there,” he says.

Mike Malin, a partner in the Los Angeles-based Dolce Group of restaurants and entertainment venues, agrees.

“You can have all the rules in the world at the higher levels, but if people aren’t enforcing [the rules], then the customer is at risk,” he says. “The biggest ally to the consumer [is] local officials staying on top of restaurants on a regular basis.”

Restaurant consultant Dean McSherry, president of Preferred Restaurant Services in Addison, Texas, says he would like more certification of managers and food handlers.

“I would be in favor of a more proactive method that involves training [and] teaching along with certification,” he says, adding that certificates could be posted at restaurants and on websites to show their proactive approach to food safety.

“Even then, the restaurant still relies on suppliers to bring them safe and quality products,” he says, noting that suppliers with proactive measures and good records should promote those facts.

“It may also give them a leg up over some inferior competitors,” he says.

With or without the possible advantage of special certification, even the most cynical restaurateur and manufacturer understands how being implicated in a foodborne illness outbreak could be disastrous for the bottom line. So it’s in everyone’s interest to apply the best practices available, Theno says.

If working committees were formed among government agencies, ranging from the National Fisheries Institute to the FDA, along with experts from the private sector and leading consumer organizations, to discuss different food safety issues, they could set effective guidelines for best practices, he says.

Just assembling proven technology to safeguard food quality and trace problems “would be a huge improvement,” he says.

He argues that passing new laws is not likely to be the most effective way to improve food safety.

“Rulemaking is very difficult,” he says, and once all of the legislators take everyone’s special interests into account, they end up with the lowest common denominator.

“You end up with minimal standards,” he says.

Instead, Theno, who has worked with meat and poultry organizations to develop best practices for handling those products, says pioneers in the world of food safety already share information, and he expects to see more of that in the future “because it works.”

He also predicts that organizations that have disagreed in the past—such as many restaurant companies and food manufacturers on one hand and watch-dog groups like the Center for Science in the Public Interest on the other—will find common ground to work together.

“No one wants to make unsafe food,” he says. “At the end of the day we all have the same basic goal: to make the food supply safer.”

This story is part of the "Industry Issues" special report, dealing with topics specific to the industry for the November election. Non-subscribers can purchase the full story by clicking here.