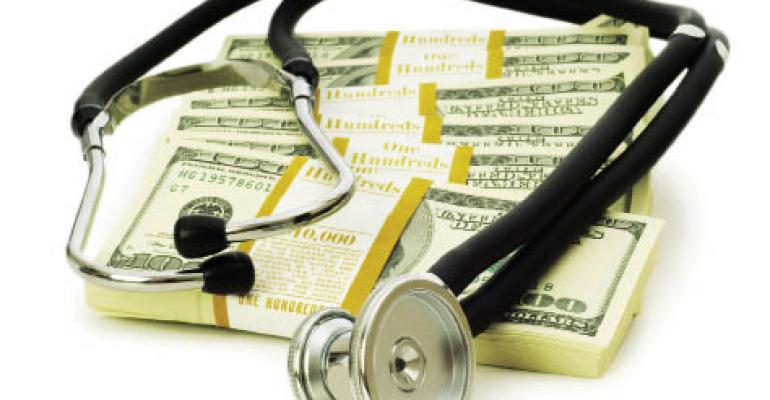 By White Castle’s estimates, health care reform will erode at least 55 percent of its net income when it goes into effect in 2014. And at Brinker International, officials have put the cost of health care reform to the company at $60 million in some news reports.

From the beginning, restaurant operators have decried health care reform for the costly mandates it would foist on employers, and now, as operators work their way through the 2,400-page document that was signed into law in March, the size of those figures is coming into view. And some operators are finding the picture is not pretty.

In a recent research note, Mark Kalinowski of Janney Capital Markets said that the restaurant industry stands to be among the worst hit as labor costs are pushed up and the industry’s business model is thrown out of whack. Particularly at risk are chain restaurants, especially the medium- and large-sized franchisees that bear the brunt of the labor costs, he said.

“Ultimately, this is a cost-of-labor issue, and a franchisee pays for their labor costs for every store they run,” Kalinowski said in an interview. “For franchisors, it’s only true for company-operated stores, which for many franchisors make up a minority of the system.”

In a survey of several McDonald’s franchisees, Kalinowski, who has a “buy” rating on McDonald’s and whose firm solicits McDonald’s investment banking business, found the median estimated hit to operating profits to be $50,000 per store, or about 15 percent to 20 percent of annual operating profits.

“For some other chains, that will be higher,” he said.

Several McDonald’s franchisees say they plan to implement across-the-board price increases to offset the expense, but Kalinowski noted that trying to pass costs onto customers could backfire.

“If you increase menu prices 2 to 5 percent, some customers are not going to like it and will not come as frequently, so that will hurt businesses,” he said. “It’s far from a panacea for the restaurant industry. Do you think consumers want to pay more for restaurant meals? No way.”

Darden Restaurants Inc. plans to stem the loss of income by both increasing prices and improving cost controls at its 1,800 restaurants.

During a call with analysts in March, Clarence Otis, chairman and chief executive of Darden Restaurants, said, “Most of the provisions in the current legislation would be effective for us in 2014, which is really the second half of our fiscal 2013 … We are working really to understand the implications. We feel pretty confident about our ability to really respond through some combination of cost management and price increase.”

Orlando, Fla.-based Darden Restaurants does not franchise its restaurants and would be responsible for any increase in labor costs.

Craig Weichmann of Brazos River Advisors LLC in Greenville, Texas, said earlier this year, “This bill adds a tremendous cost burden to the industry. Restaurateurs cannot easily pass on higher prices to adjust for the cost burden and surely cannot endure another cost pressure; therefore, this new bill occurs at the most inopportune time for the industry to try and cope with it.”

For White Castle, a 421-unit quick-service chain based in Columbus, Ohio, a study of the law’s details revealed a $3,000 penalty that kicks in when an employee’s portion of the insurance premium exceeds 9.5 percent of their household income. After studying income data across the chain’s market areas and applying weighted averages to determine how many employees would hold premiums over 9.5 percent of income, White Castle came to the conclusion that its increased costs would erase more than half of its net income.

This “would have [a] devastating impact on the business, cutting future expansion and more job creation at least in half,” said Jamie Richardson, White Castle’s vice president of corporate relations. “Sadly, it makes it difficult to justify growing where jobs are needed most — in lower-income areas.”

Kalinowski points out that White Castle’s projection does not assume any changes in how the company currently does business.

While White Castle’s estimates may be one end of the bell curve, he added, “In 2014, if companies start to see 5 to 25 percent of their profits going anyway, it’s arguably the most catastrophic thing to happen to the restaurant industry in its history.” n