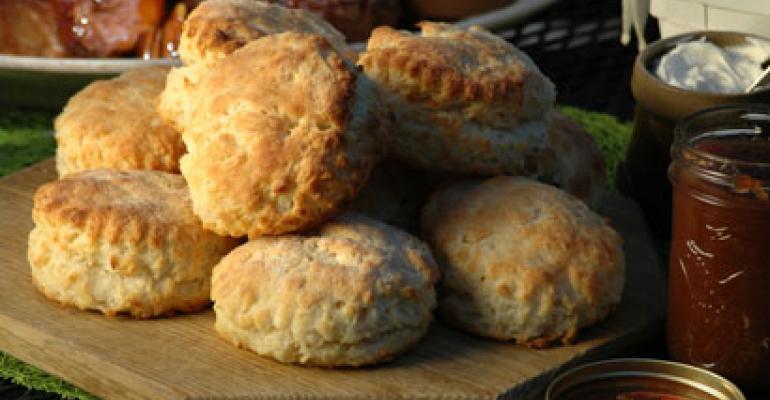 Chefs honor mom in the kitchen

With 75 million Americans expected to dine out in restaurants this Sunday in celebration of Mother’s Day, it stands to reason that most chefs and restaurateurs will be working and won’t have much time to devote to their own moms.

But some restaurants are finding ways of dovetailing their jobs with a devotion to their mothers by devising special menus or promotions celebrating the most popular day of the year to dine out.

According to a survey of more than 8,400 consumers conducted by the National Retail Federation in April, restaurants will be among the retailers who reap the benefits of Americans’ affection for their moms. More than half — 54.7 percent — of all celebrants said they will treat mom to a dinner or brunch, spending a total of $3.1 billion.

The National Restaurant Association, which surveyed 1,000 adults last month about their Mother’s Day plans, found that 58 percent of people eating out this Sunday will go out for dinner. The study also found that 32 percent will dine out at lunch, another 24 percent at brunch and 10 percent at breakfast. That adds up to 124 percent because some respondents said they were going out for more than one meal.

Two-thirds of respondents said they would be joined for their meals by children under the age of 18.

Daniel Orr, chef-owner of FarmBloomington in Bloomington, Ind., is featuring recipes from his mother and the mothers of his kitchen staff, including the Hoosier Benedict — biscuit, poached egg, sausage and country gravy — a recipe created by Orr’s own mom, Mary Lu Orr.

At Ciano, in New York, chef Shea Gallante isn’t depending on mothers for recipes, but he has asked each of the chefs in his kitchen to prepare a dish that reminds them of their mother. The dishes will all be featured on a special fixed-price menu on Sunday.

Not all restaurants are targeting mothers on their namesake holiday, though. Anticipating a lot of kids on Mother’s Day, the Loews Royal Pacific Resort at Universal Orlando in Florida is celebrating with face painting, a balloon artist and live island music with hula girls during brunch. On the other hand, moms get a free glass of Champagne and an orchid stem.

The staff at Briza at The Renaissance Atlanta Midtown Hotel knows that, as nice as it is to be a mother, sometimes the greatest gift is giving Mom a break from her responsibilities.

During the 10 a.m. to 3 p.m. brunch, kids will be given chef hats, taken back into the kitchen and taught how to make and decorate buttermilk-and-red-velvet heart-shaped pancakes for their mothers, while the parents relax over a $45 fixed-price meal in the dining room.

Wallsé in New York is multi-tasking for Mother’s Day, offering a special $65 three-course menu from 11 a.m. to 9 p.m., and also inviting customers to order bouquets of flowers, priced from $25 to $150, to be presented to moms during their meal.

The floral arrangements are created by Yasmin Karrenberg, who is not only the restaurant’s florist, but also the mother of chef Gutenbrunner’s four children.