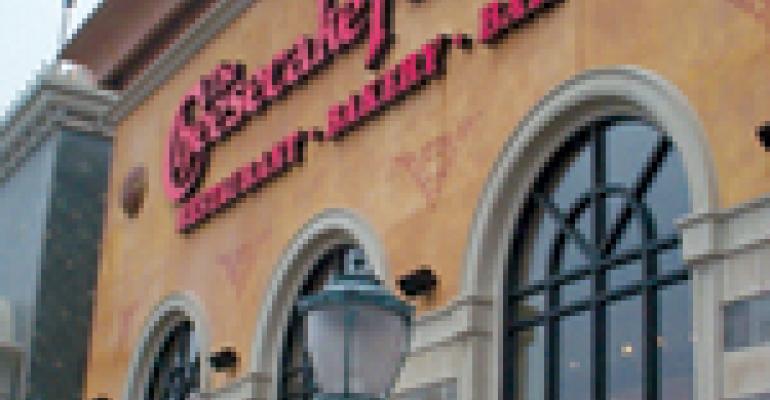 Each concept said the improved results were driven by differentiated branding and value propositions for customers.

“In this difficult operating environment, where consumer spending for casual-dining occasions remains under pressure, we continue to believe the more successful restaurant concepts will be those that work harder to protect their overall approachability for all dining occasions and that offer even more quality, differentiation and value to the consumer,” Jerry Deitchle, chairman and chief executive of Huntington Beach, Calif.-based BJ’s, said in a statement.

Still, at least one analyst cautioned that a turnaround for the hard-hit casual-dining sector may not be just around the corner. Securities analyst Steve West at Stifel, Nicolaus & Co. said he did not foresee a sustainable sales recovery — meaning casual-dining concepts will have to take market share from each other, rather than count on a rising tide of consumer demand.

“We continue to believe a rapid consumer ‘rebound’ is unlikely, and even if the consumer strengthens more quickly than we expect, we do not believe they are likely to immediately trade back up to casual dining,” securities analyst Steve West said in a report.

“We believe the high-water mark for customer traffic will take years to recapture, if it is even possible, unless the supply of units in the marketplace has a much more substantial correction than we are currently seeing,” he added.

Ruby Tuesday: Fourth-quarter earnings totaled $21 million, or 33 cents per share, compared with net income of $14.4 million, or 28 cents per share, in the same quarter a year ago. The operator and franchisor to the 884-unit chain said revenue fell 1.2 percent to $313.5 million. Same-store sales rose 0.3 percent at corporate locations and fell 0.4 percent at domestic franchised restaurants.

Total revenues were $418.9 million, a 2.7-percent increase from $407.9 million for the second quarter a year ago. A $7.4 million, pre-tax payment on a $100 million interest rate collar on a revolving credit facility balance impacted earnings per share by about 7 cents, the company said.

Latest-quarter revenue rose 21 percent to $130.5 million, aided by a same-store sales increase of 5.3 percent and the opening of two restaurants during the quarter and four units so far this year.

Lisa Jennings and Elissa Elan contributed to this report.