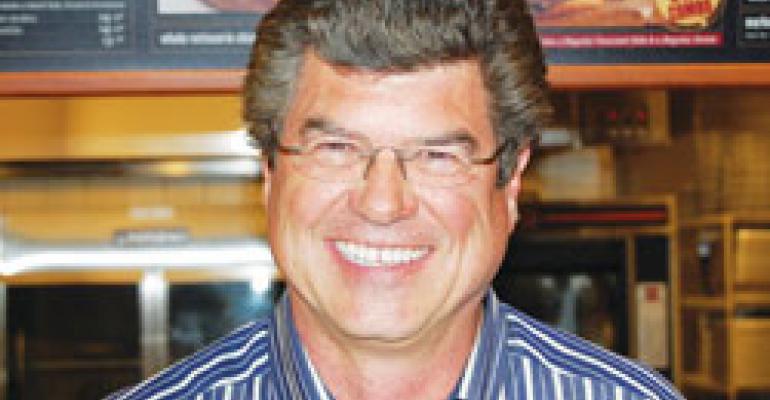 Cardwell, who has worked in the restaurant industry for more than 30 years, with posts including interim chief executive of Famous Dave’s, president of Eatzi’s and executive vice president at Brinker International, also serves on P.F. Chang’s board of directors. He officially joined the board at the Scottsdale, Ariz.-based company in December, following his post at Boston Market, and had previously served on P.F. Chang’s board from 1999 to 2009.

“I am thrilled to welcome Lane as president of our Bistro concept. He is a proven restaurant business executive with superior strategic and leadership capabilities,” Rick Federico, chairman and co-chief executive, said in a statement Monday. “Lane’s extensive knowledge about our company will complement our current Bistro leadership team. Lane will primarily focus on the Bistro’s long-term business strategy while Rick Tasman, chief operating officer, will continue to focus on solid execution in our day-to-day operations. This new organizational structure leverages their respective strengths and will help us continue to move our brand forward.”

P.F. Chang’s named K.C. Moylan president of its Pei Wei fast-casual chain in January as the company fills its ranks before the departure of co-CEO Bert Vivian at the end of this year. Federico will serve as the sole CEO, and the company will utilize two chain presidents.

“I look forward to joining a concept and management team that I respect and admire so much,” Cardwell said in a statement. “From my many years on the board I have watched the passion and dedication that this talented group brings to work every day. I am excited about the opportunity to make my own contribution and to be a part of their future.”

P.F. Chang’s China Bistro operates 200 namesake full-service restaurants in the United States, as well as 168 fast-casual Pei Wei restaurants. For the 39 weeks ended Oct. 3, its latest public report, the company earned $31.9 million on revenue of $931.6 million. Its latest full year, which ended in January 2010, closed with net income of $43.2 million on revenue of $1.23 billion.