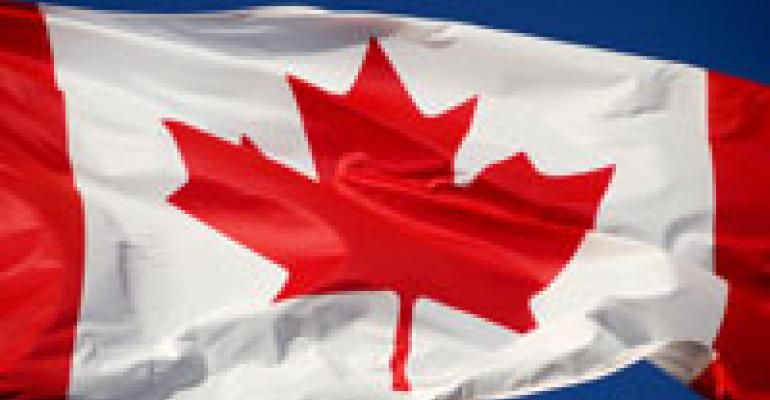 U.S. restaurant operators are increasingly finding a world of opportunity north of the border in Canada, according to a Technomic report released Tuesday.

Canada’s foodservice industry is growing in terms of both unit counts and menu offerings, the report said. And after a 1.2-percent decline in sales overall in 2009, estimates for 2010 indicate the foodservice industry in Canada has achieved a higher growth rate than that of the United States.

Technomic predicted that the U.S. restaurant industry will see nominal growth of about 1.5 percent in sales this year, and the industry in Canada is expected to be similar or somewhat higher, said Darren Tristano, Chicago-based Technomic’s executive vice president.

That growth rate is expected to continue in 2011 and new restaurant openings and increased competition across all segments will result in product innovation like never before, according to the report.

“The Canadian foodservice industry is full of opportunity right now,” Tristano said. “U.S. operators are certainly looking at Canada as an area for potential growth.”

Tristano, however, said U.S. operators must do more than just take a “cookie-cutter approach” to the Canadian marketplace, which has regional differences in the same way the United States does.

“English Canada is very different from French Canada, for example,” Tristano said. “While Toronto may seem very similar to the United States, Montreal is really more like Europe.”

Tristano cited brands like Dunkin’ Donuts, which has found expansion into Canada a challenge because of brand loyalty to the Canada-based Tim Horton’s chain.

“There are distinct differences in consumer attitudes and behaviors between the United States and Canada, and those play out every day in the way that trends take shape and establish themselves in each country,” he said.

The Technomic report highlights 10 trends it predicts will emerge in the Canadian foodservice industry in 2011 — many of which are already apparent in the United States:

• Staying local. Farm-to-table initiatives will sprout. Like their U.S. counterparts, Canadian restaurant operators increasingly will source from local vendors in response to consumer demand. The movement will result in fresh, high-quality fare with benefit to local economies.

• More U.S. chains will move north. The Canadian market is appealing to U.S. operators because it is not yet saturated. Close proximity makes it easier for companies based in the United States to develop and manage operations in Canada.

• Healthier ingredients will be integrated into indulgent diets. Canadians will continue to seek out more healthful versions of their favorite comfort foods. “It is up to operators to find just the right balance between indulgence and health on their menus,” the report said.

• Fast-casual growth will accelerate. Also a trend from the United States, fast-casual restaurants are expected to proliferate in 2011 as cost-conscious consumers look for quality ingredients, an upscale atmosphere, speedy service and affordability. The growth will come from both Canadian and U.S.-based fast-casual chains, the report said.

• Breakfast will wake up. Both quick-service and full-service operators will ramp up morning menus with both healthful and indulgent offerings.

• Lower-sodium foods will be in demand. Responding to growing concerns about the impact of salt on health, restaurant operators will introduce reduced-sodium dishes that don’t fall short on taste.

• Dining will go more global. Canadian consumers are looking for bolder flavor profiles and ethnic cuisines. Some of the most popular culinary trends include Korean, Southeast Asian and Mexican, particularly in fast-casual restaurants.

• Ethnic desserts will hit a sweet spot. Canadians will continue to look for ethnic-inspired desserts, such as Mexican churros and French macaroons. At the same time, expect to see more traditional desserts, like ice cream, with exotic flavors such as ginger or dulce de leche.

• Veggies will thrive. The success of meat-focused restaurants in Canada has inspired a counter trend of modern vegetarian and vegan concepts that highlight new, flavorful ethnic ingredients.