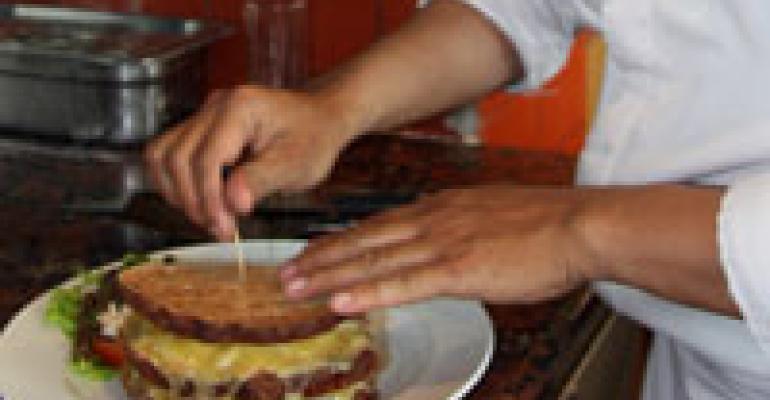 The measure, sponsored by state Sen. Alex Padilla, D-Pacoima, had the support of the California Restaurant Association and health officials who argued in favor of statewide standards, rather than dealing with a patchwork of varying rules by county.

Under the new code, food handlers hired before June 1, 2011 must pass an approved and accredited food-safety certification exam to obtain a food handler card by July 1, 2011. Those hired after June 1, 2011 will have to obtain a card within 30 days of their hiring date.

Previously, state code required food-safety certification training for only one foodservice facility owner or manager, so that person could train others.

In order to ensure that training is accessible to all, the legislation requires that at least one certification option be available for no more than $15. Foodservice facilities must keep records documenting the certification of all food handlers. The cards are good for three years.

The measure was based on existing mandatory food-handler certification programs in Riverside, San Bernardino and San Diego counties, where supporters of the bill say food-borne illness outbreaks have dropped by 79 percent with the increased training.

Though the measure won overwhelming support among state lawmakers — the bill passed the Senate by a vote of 30 to 1 and the Assembly with a 74 to 1 vote — some feared it would be held hostage to political wrangling over the state budget.

Tom Ferdinandi, chairman of the CRA board of directors and executive vice president and chief operations officer of Milano Restaurant International Corp., in Fresno, Calif., applauded the enactment of the law.

“Food safety is a top priority for all restaurateurs because it is the very basis of our relationship with our patrons,” he said. “We thank Sen. Alex Padilla and Gov. Schwarzenegger for engaging us in this process and for recognizing this was an opportunity to achieve a positive result for consumers, restaurant employees and owners, and state and local regulators.”