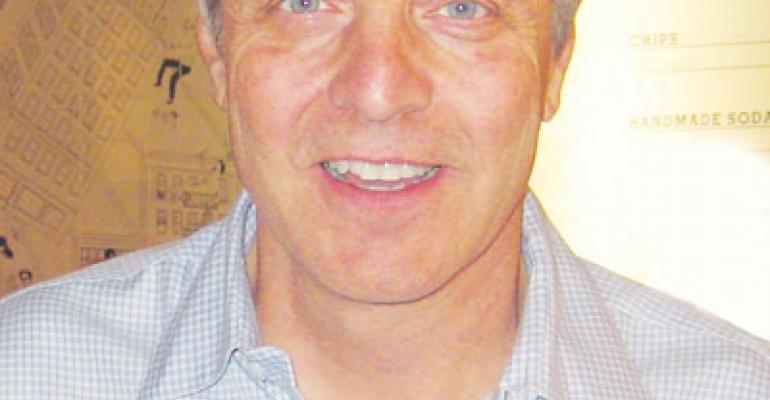 Brad Blum, former Burger King chief executive-turned-activist investor, called for a new board of directors for the beleaguered Cosí chain Tuesday, offering himself as chair and chief executive for a first-year salary of $1.

Blum is founder and chief executive of BLUM Growth Fund LLC, which holds a nearly 7-percent stake in the Deerfield, Ill.-based Cosí Inc.

This summer, NASDAQ warned the operator and franchisor of the 138-unit fast-casual Cosí brand of a possible delisting from the exchange because its share price had traded below $1 for too long.

In August, Cosí chief executive James Hyatt resigned, citing personal reasons, and his transitioned exit was scheduled to be final last Friday. Mark Demilio, Cosí’s chairman of the board, was named interim chief executive while the company searches for a replacement.

In an interview with Nation’s Restaurant News Tuesday, Blum said he approached the board in January with a proposal to step in as executive chair of the board, pledging to turn around Cosí’s results and raise capital with the backing of investors he had lined up. At the time, the board was not interested, he said.

Calls to Cosí’s headquarters were not returned at press time.

In April, Blum said his group began investing in the chain when shares were $1.30 and “we hoped it would go up,” he said.

Now Blum is calling on shareholders to join in his attempt to achieve a fundamental change in the company’s leadership.

“Cosí is a publicly traded company. In the interest of protecting the investment of all involved, we must recommend a change in the board of directors, a change in philosophy and a new leadership focus,” Blum said in a statement issued Tuesday. “We call upon all shareholders to join us in our efforts to affect positive change at Cosí and participate in a non-legally binding expression of ‘no confidence’ for the current board. This is not a proxy fight or a hostile takeover, but an exercise in shareholder democracy.”

Blum noted that Demilio, as interim CEO, has no prior restaurant or restaurant turnaround experience, and said the current long-tenured board can claim few successes.

Pointing to declining earnings in its nine years as a public company, Blum said Cosí has endured a 95-percent reduction in stock price.

Shares were listed at $11.21 per share in March of 2006, and have been listed as low as 56 cents this month, which prompted warnings of possible delisting.

If brought in as CEO, Blum said he would bring in a “clear, concise and compelling vision,” as well as a strong value system, and continued efforts to identify underperforming units and evaluate leases.

Calling the chain’s menu “cumbersome and complicated,” Blum said he would reduce the number of offerings and focus on quality. He said the friendliness and speed of service could also be improved, and the restaurants should be made “the cleanest and safest in the industry.”

Once making menu changes, Blum said he would look to invest in remodeling, and eventually return the chain to growth.

Blum touted his own experience as a turnaround specialist, noting his service as chief executive of Olive Garden for eight years, where, he said, he increased profitability by hundreds of millions of dollars per year and achieved 33 consecutive quarters of same-store sales increases.

In his first year as chief executive of Burger King — where he served for 18 months from 2002 to 2004 — Blum said profits doubled and he helped turn same-store sales positive, in part by introducing the Tender Crispy Chicken Sandwich, which he called a $1-billion product.

That success, he added, set the stage for Burger King’s record-breaking public offering.

Blum also served as chief executive of the Romano’s Macaroni Grill chain from December 2008 to July 2010.

In 2010, he was named Innovator of the Year by Nation’s Restaurant News for his menu overhaul at Romano’s Macaroni Grill.

Blum said he was not pushing for change at Cosí because he needed a job — especially not for his proposed salary of $1.

He also recommended that new board members be paid $1 for the first year of service.

“If the share price were $2 and rising, I would just be one happy shareholder, and I certainly wouldn’t be doing this,” he said.