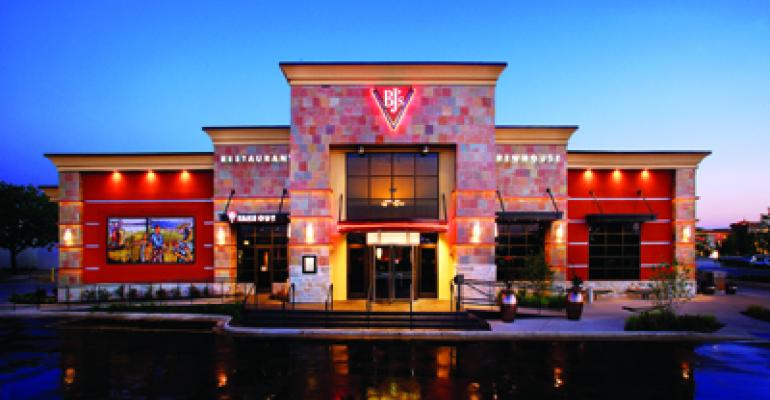 BJ’s Restaurants Inc. pre-announced what it called strong fourth quarter and year-end results on Tuesday, despite challenging comparisons with the prior year.

The Huntington Beach, Calif.-based parent to the 115-unit casual-dining chain said same-store sales rose 5.1 percent on a 13-week comparison for the quarter ended Dec. 27. A year ago, the same time frame resulted in a 5.9 percent same-store sales result.

Unaudited revenue for the quarter totaled $171.8 million, including an extra 14th week over the year-ago quarter. Excluding the extra week, revenue grew by 19 percent to $157.9 million, the company reported.

For the year, looking at a 52-week comparison, BJ’s said same-store sales rose 6.6 percent, exceeding a 5.6 percent increase in fiscal 2010. Revenue for the most recent fiscal year rose 18 percent to $607 million.

“We believe BJ’s is one of only a few public casual-dining restaurant companies that has achieved a cumulative two-year comparable restaurant sales increase of over 12 percent,” Deitchle said, “in spite of the continuing challenging economic environment for consumer discretionary spending on casual dining restaurant occasions in general.

Deitchle said the company also plans to relocate one of the chain’s older, small-format Pizza and Grill restaurants to a new location to re-open it with the larger format as a Brewhouse.

The company is expected to release final results for the quarter and fiscal year in mid-February.

Sharon Zackfia, an analyst with William Blair & Company LLC, said in a report Tuesday that she expects BJ’s same-store sales will include traffic increases of 2 percent for the quarter.

“We continue to believe BJ’s remains one of the best long-term growth stories in the publicly traded restaurant universe, with the opportunity to grow the restaurant base to at least 300 locations from just 115 locations today,” she wrote.