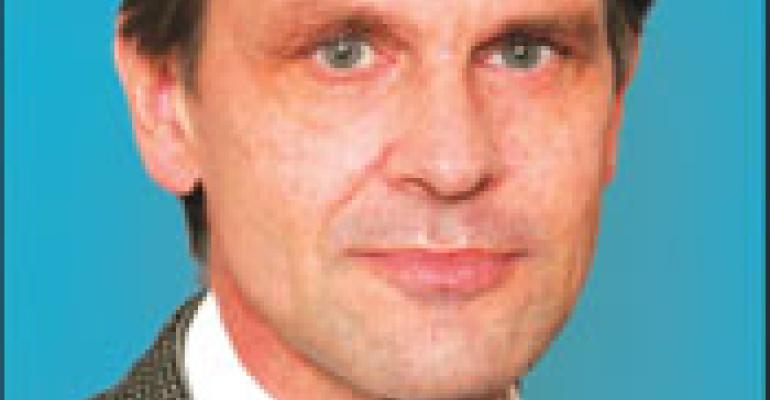 An ad campaign can raise brand awareness among consumers, but can it make the brand more attractive to investors who want to own it?

Livy Miller, executive creative director of Seiter & Miller, Smith & Wollensky’s ad agency, believes the work his agency did for the steakhouse chain during the last few years raised the perception of the brand’s value and contributed to the bidding war that ended with Smith & Wollensky Restaurant Group’s sale for $11 a share.

The company’s stock had never traded at that price. Actually, it never rose above the $8.50 per share reached during the company’s initial public offering in 2001, but stayed at around $5.

Miller told me that when his agency won the account in 2004 it had to make a strong connection between the brand and its core customers, and it had only $2 million to work with.

The agency developed a strategy called “sneaky big,” which basically is a way to stretch ad dollars but make the campaign look as if you were spending money like a sailor on shore leave.

After taking a hard look at where to plunk the media money and who Smith & Wollensky should target, Miller came up with this: Put the entire budget into golf media because the chain’s customers are avid golfers.

“It’s a dramatic and drastic shift in resources,” Miller said, “and it does defy logic.”

But the agency couldn’t ignore the chain’s customers or the golf magazines they read and the golf shows they watched on cable TV, and so it decided to position Smith & Wollensky as an extension of the men’s locker room at their favorite golf courses.

The agency invested the budget into select media outlets and shifted from ad hoc regional buys to a national focus on the chain for a more cohesive marketing push.

Other steak chains try to lure families and female customers, but Miller said he wanted to position Smith & Wollensky as what it really is.

“It’s a thoroughly male club,” he said. “Psychologically, the steakhouse lives as a place of celebration and commiseration.”

A series of TV spots since 2004 have emphasized the experience of eating in the restaurant. Good food and service are expected at upscale steakhouses, Miller said, and a better way to differentiate from competitors was to position Smith & Wollensky as a place to hang out to appeal to the “red-meat-eating guy profile.”

TV and print ads feature professional golfer Craig Stadler, whose nickname is “The Walrus.” If you’ve seen him, you understand why. Some of the commercials include an actor spoofing those golf announcers who whisper as they describe the game, and Smith & Wollensky founder Alan Stillman appears as a waiter in a spot titled “Check, Please.”

Stadler comes across as a natural in the spots, which are well-written and well-acted and delightful to watch.

The campaign surely does give the Smith & Wollensky brand a solid image, assessing it from the way it’s presented to consumers. Numerous factors determine who wins a bidding war, and there’s no way to get inside the minds of those involved in the process to know how they weigh each factor, including brand image.

But they must have seen something in the brand to keep jacking up the sale price for it, and maybe when they saw it they were watching TV at the time.