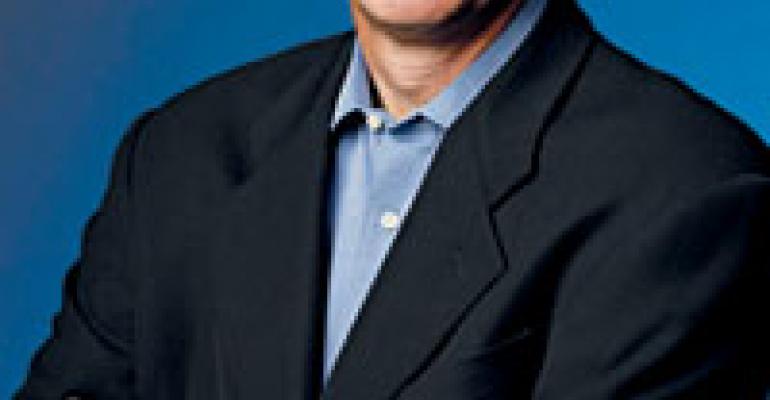 Several years ago industry veteran David Pickens was demonstrating to a group of Darden Restaurants Inc. colleagues the difficulties of running a restaurant. A gifted juggler, Pickens stood before the crowd adding more and more items to those he had in motion as he discussed the complexities of day-to-day operations.

“He was juggling all kinds of things on stage and he kept adding things,” recalls Blaine Sweatt, a 30-year Darden veteran who worked with Pickens until his retirement last year. “Everyone expected him to drop something and he never did. His point was to be effective you have to juggle all these things, but that is not enough because you also have to keep up the conversation with the people you are working with.”

Pickens should know. His career has been built in the trenches, working his way up the ranks with people he respects deeply. It is respect for the Darden team that is one of Pickens’ most notable hallmarks, according to those who know him well. As president of Darden’s 653-unit Olive Garden chain he has ultimate responsibility for more than 80,000 employees who he points out are instrumental in helping the Italian-dinnerhouse chain post annual sales of $3.1 billion.

“We are a very people-centric company, and our success is due to the quality of the people we have, especially the general managers,” Pickens says of Orlando, Fla.-based Darden. “I was a GM with Red Lobster many moons ago, and in that role you are the person that makes it happen. This award should be about Darden and Olive Garden, not about me. But I am truly honored.”

Pickens, a slim, humble man with an easy smile, was appointed to his current role in 2004 after more than 30 years in different operations roles within the company. He joined Red Lobster, Olive Garden’s sister chain, as a line cook and through the decades rose through the Red Lobster ranks. He moved over to Olive Garden in 1995 after 20 years at Red Lobster and a briefer stint at Darden’s now-defunct China Coast concept.

Pickens possesses “the ability to establish direction, create alignment, build culture and ultimately deliver results,” Madsen says. “Also, he had a deep understanding of the brand and respect for the team, which we felt would help ensure a smooth transition.”

John Ivankoe, an analyst with J.P. Morgan in New York, agrees, noting that Pickens’ appointment said both a lot about Pickens and about Darden.

“David famously came up as an hourly employee,” Ivankoe says. “Darden takes a lot of pride in that. It says to employees that they, too, can achieve success if they remain committed.”

Pickens’ extensive experience within many positions at Darden is also an advantage, Ivankoe says.

“He is broadly versed in dealing with things at the executive and strategic level, but also has an exceptional roll-up-your-sleeves execution style at the unit level that the restaurant industry really requires,” Ivankoe says.

Pickens credits Madsen with helping him understand how to evolve into a bigger leadership role.

“Some of the best advice he gave me was that I don’t need to know everything about functions I am not familiar with, but that I do need to know what I need from them,” Pickens says. “That was one of those a-ha moments.”

Upon his appointment as president, Pickens turned his attention to growing guest counts.

“I’ve always been a staunch believer that if you don’t have traffic growth, then over time you are going to have a problem,” he says. “A huge indicator of the health of a business is if you serve more this year than last. So I’ve brought a lot of focus to that.”

That focus has helped Olive Garden achieve 55 consecutive quarters of same-store sales increases during Pickens’ tenure. And for that, he thanks the team. Olive Garden’s average unit volumes are about $4.9 million.

“You have to have a culture where people feel valued and respected, and in this industry you have to have leadership that is somewhat humble,” he says. “The good thing to do is to balance professional will with personal humility. When things are going well in business in general, don’t catch yourself looking in the mirror and giving yourself credit. Credit the people. When things aren’t going well, then look in the mirror.”

Pickens also often points to himself as an example of what others can achieve, says Madsen, recalling a speech Pickens made before a group of restaurant managers during a recent conference for Olive Garden operators.

“His message was simple,” Madsen said. “He has a lot in common with our restaurant managers. His life in many ways is very similar to theirs. And if you believe in yourself…work hard…and always live your principles…then you can achieve things that today might seem out of reach. Beyond encouraging our restaurant managers to dream a big dream, this type of leadership helps build trust and genuine commitment throughout the organization.”

Madsen adds: “He is humble and approachable. Perhaps, most importantly, he creates an environment where people feel valued and supported and are able to do their best work as a result.”

Sweatt, who now owns a design firm in Orlando, concurs.

“Most people in the casual-dining industry, including Dave, did not grow up with a silver spoon in their mouth,” he says. “They worked hard and learned humility, which you need in this business. Dave not only teaches humility, he has that in spades.”

Pickens says that when he took his first job at Red Lobster at age 17 he never dreamed of a career that would ultimately culminate in running a multibillion-dollar corporation.

“My goal in life at the time was gas money for Friday night,” Pickens says.

Those goals changed, however, when at 19 he pinned his hopes on becoming a general manager at a Red Lobster. At 21, he set his sites on a regional manager position.

“As people grow in life they adjust their expectations,” Pickens says. “I’ve had a long career, but I am not done yet. I like what I do and the people I do it with.”

Pickens’ goal now is to grow Olive Garden into a $6 billion restaurant company by 2017. To achieve that growth target, he expects to add 35 units annually over the next few years as well as increase foot traffic and same-store sales.

“When you have a vision, you want people inside the organization to see it and be challenged by it,” he says. “But I don’t want to be a $6 billion company if we have to give up being a special place in people’s lives.

“Achieving results is important,” he continued, “but how we get there—and balance—are important too.”