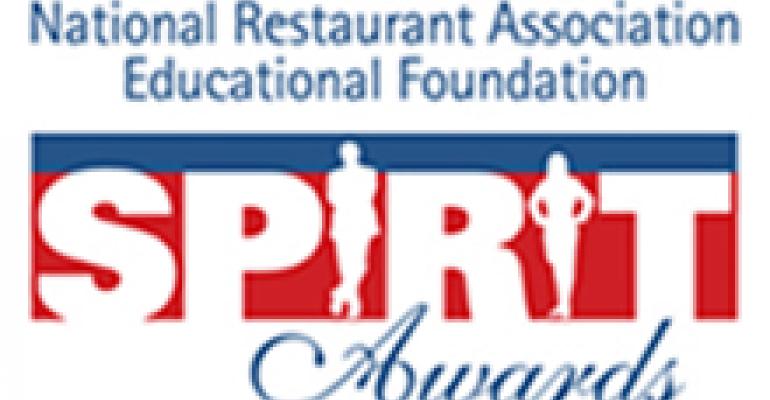 The winning companies will be honored during the 48th annual Multi-Unit Foodservice Operators Conference Oct. 1-3 at the Hyatt Century Plaza Hotel in Los Angeles. The awards are presented by the MUFSO conference’s producer, Nation’s Restaurant News, and the National Restaurant Association Educational Foundation and are sponsored by the Coca-Cola Co.

The honorees were judged on the basis of programs that demonstrated excellence in recruitment, hiring, retention, education and training in four foodservice categories: fine dining, full service, on-site and quick service. They were selected by the SPIRIT Advisory Board and NRN’s editorial staff on the basis of innovation, creativity, program presentation, in-unit communications and measured results.

The winners in their respective categories are:

Full service: Barbecue chain operator Famous Dave’s of America, based in Minnetonka, Minn., which owns 40 Famous Dave’s locations and franchises 112 additional units to others in 35 states.

On-site: Royal Caribbean, a Miami-based fleet of 21 ships with a total capacity of 51,432 guests.